Celebrities on Twitter rally behind representatives leading the #NoBillNoBreak sit-in 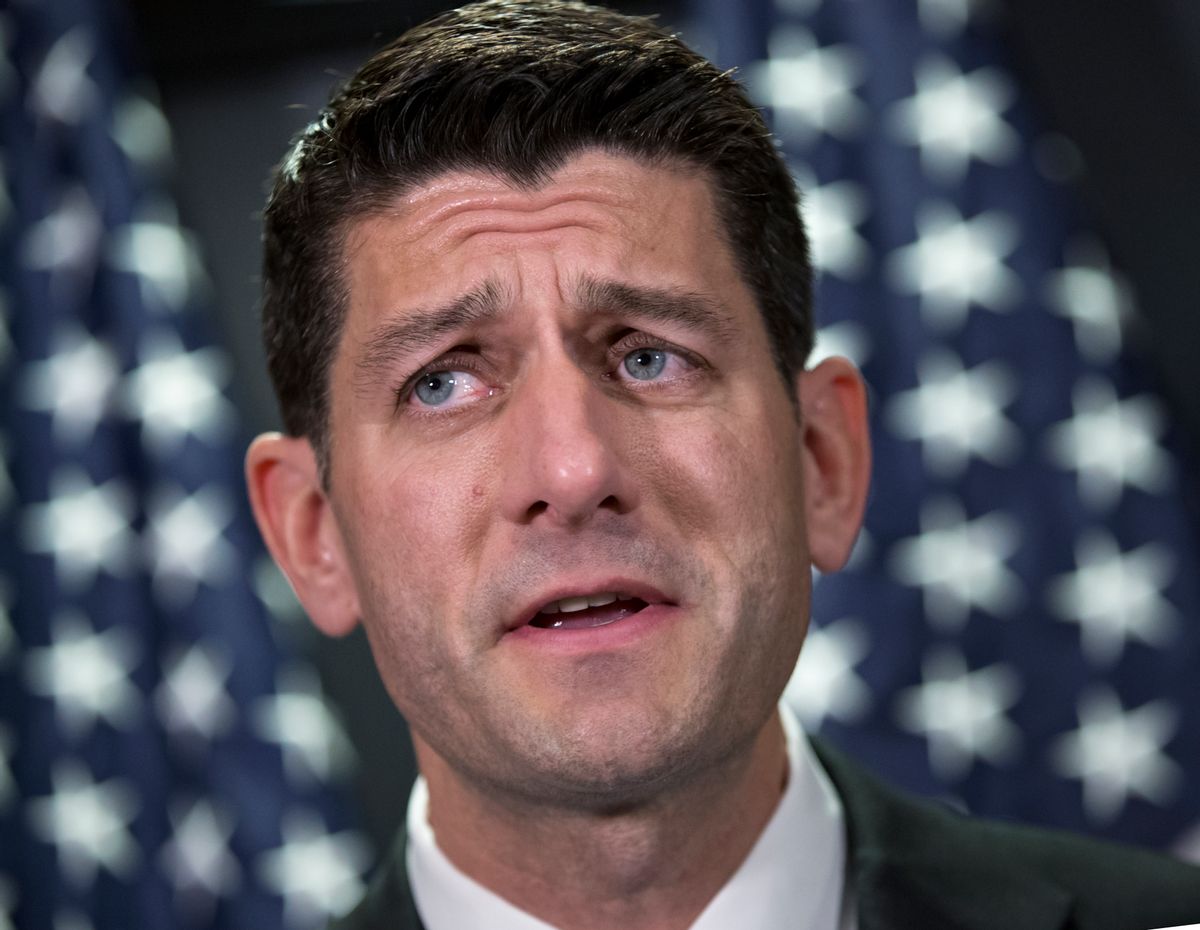 In this June 14, 2016, photo, House Speaker Paul Ryan of Wis., talks to reporters at the Republican National Committee headquarters on Capitol Hill in Washington. House Republicans are unveiling new proposals to repeal and replace President Barack Obama’s health care law. The plan being released Wednesday is part of Ryan’s so-called Better Way agenda meant to show how the GOP would govern with a Republican in the White House. (AP Photo/J. Scott Applewhite) (AP)
--

House Speaker Paul Ryan may have turned the cameras off in order to avoid being embarrassed by the "No Bill, No Break" sit-in being hosted by Democratic representatives, but that doesn't people stopped paying attention.

"Hamilton" fans in particular are having a field day with it:

The speaker's decision didn't stop this guy from noticing the sit-in either:

Former Salon writer Elias Isquith noticed too, but had a warning we would all do well to heed: