Could this be a troubling sign of things to come for Trump? 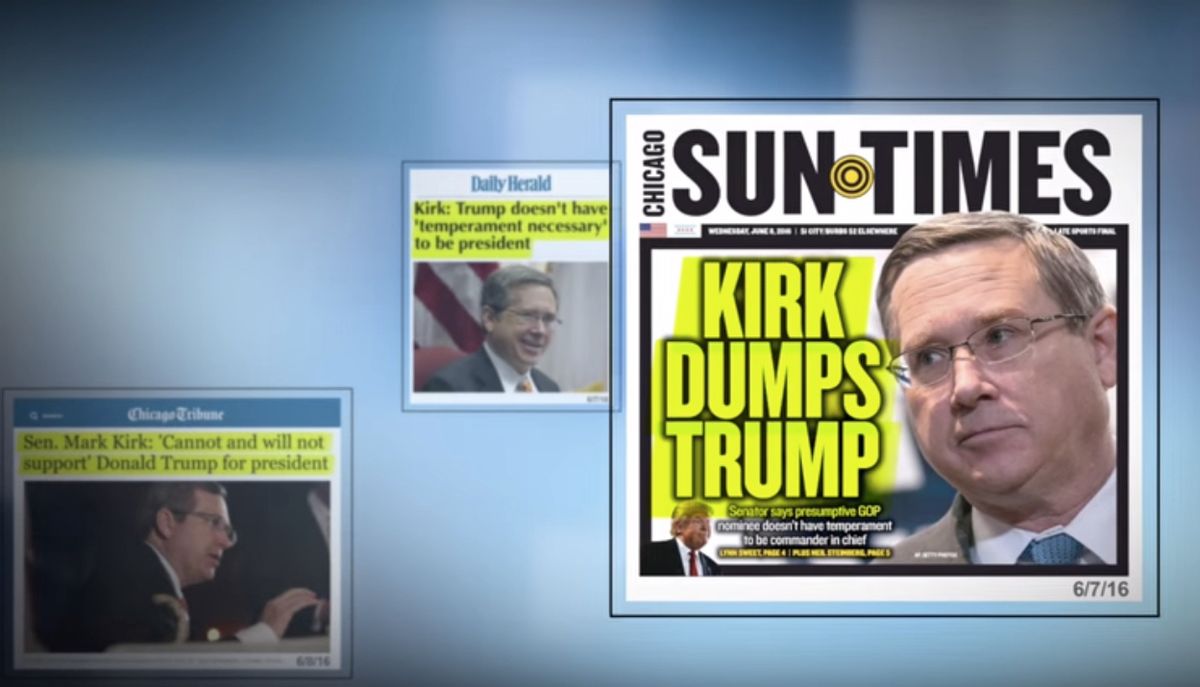 A Republican senator locked in a tough reelection battle is out with a new ad today, not attacking his very competitive Democratic challenger but the de-facto leader of his party, Donald Trump.

Illinois Republican Mark Kirk released a new commercial on Thursday touting the fact that freshman senator is still firmly on the #NeverTrump train.

“After facing death, Kirk returned even more committed to serve Illinois,” the ad, highlighting Kirk's physical therapy after a suffering a stroke, began.

Calling Kirk “one of the most bipartisan senators,” the ad only goes on to mention Kirk's party affiliation one time while noting that he was the first Republican to call for a vote on Supreme Court nominee Merrick Garland.

Kirk "bucked his party to say Donald Trump is not fit to be commander-in-chief," the ad boasts before concluding, "Mark Kirk: Courageous and independent."

Kirk, of course, is running against Democratic Congresswoman Tammy Duckworth, an Iraq War veteran who spent the day before on the House floor protesting Republican inaction on gun control:

This latest anti-Trump ad comes on the heels of an ad released by the pro-Clinton super PAC Priorities USA on Thursday, negatively highlighting Trump's past mocking of a reporter with a physical disability: