As a British citizen, I am oscillating between sadness and rage: Brexit is the worst of times 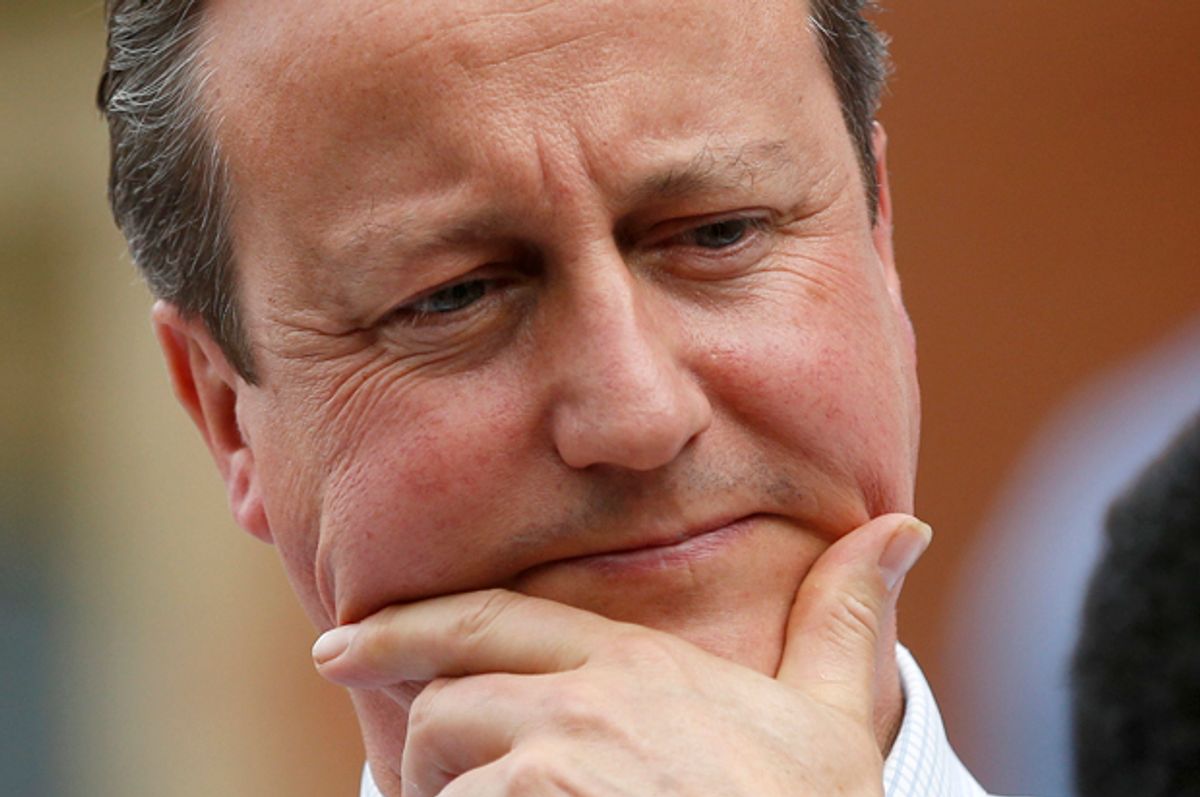 Brexit was the most significant vote in UK politics in my generation and the long-term effects on stability and security across Europe appear immense and deeply, deeply troubling.

Make no mistake, a band of thugs have won the day. Using a shameless, self-interested tabloid press, a feckless group of hypocritical elites (Boris, Farrage, Gove...) harked back to an imaginary British past of crumpets and glory, and succeeded in selling the myth that leaving the EU means "taking back control."

Today is a victory for the far right across Europe, for tribalism, divisive politics, irredentism, and an incredible rejection of evidence-based policy. This was not a courageous day. Common sense did not prevail. This will be remembered as a foolish, overzealous, Icarus moment.

I am no political scientist, but looking at the demographic data of how people voted, it was the lower socio-economic groups in England, outside of major cities, who carried Brexit across the line; those with the lowest expectations for prosperity, the fewest qualifications, low-paying jobs and less opportunity for education. While Farrage celebrates this morning a new dawn for 'real people', he does not represent the true interests of the average British family. He found a convenient and susceptible constituency, then deployed the right mix of fear and wahey-I-can-balance-pints-on-my-head.

In reality, many Brexiters voted because they were told the EU was the source of all their ills. Many felt disenfranchised from politics, and that their concerns over immigration had been ignored. The UK has major socio-economic inequality and disparity between London and the rest of the country. The Leave campaign announced that all of these issues, including problems with the NHS and other strained public services, a housing crisis, and income inequality, were attributable to the EU. In fact, leaving the EU is likely to make some of these problems worse. Where will public discontent turn when it becomes clear that leaving hasn't solved everything?

The chanting across Europe that the EU is failing as a political project will now get louder. France, the Netherlands, Italy, Spain, Portugal, Hungary may follow Brexit to some extent, whether by leaving the EU (Nexit is not unimaginable), or at least by demanding that as EU members they receive concessions similar to those that the UK, as a non-member, will probably gain in its trade negotiations. For all the talk of xenophobic Little England, the fact is that the highest rates of eurosceptic sentiment lie in other EU states. The UK held a referendum, but the results could have been worse elsewhere (in France for example, about 60% are against the EU). I hope then, that Brexit will be seen as part of a broader trend of populist nationalism across Europe and the United States, a threat to all those who want greater integration and openness, whether English or otherwise. Globalisation is bringing enormous challenges.

Panic over what happens to existing immigrants in the UK may be unwarranted, the Leave campaign so far focused on new immigration only. I can understand why several friends living in London now feel that 'English people hated me all along', but it may not be that simple. I hope it will be remembered that London, effectively a City-State in its own right, voted Remain by an overwhelming 60%. Manchester, Liverpool, Cardiff, Bristol, Warwick and Leeds all voted Remain. The vast majority of people in these cosmopolitan cities want to remain just that -- integrated, welcoming, and multicultural.

That this campaign departed so completely from fact-based policies and disregarded the opinions of economists and business leaders or 'so-called experts' is mind-boggling. To me, this was taken to a new level compared to general elections, and one of the most concerning aspects of the campaign as a whole was the complete departure from well-reasoned scientific evidence on immigration, economics and social issues, after the providers of the evidence had been discredited as 'elitist' or 'arrogant'. Voices on both sides of the debate gave in too quickly to fear and cheap tactics. To those Brexit voters who were well-informed, yet chose to ignore or discredit the unanimous conclusions of objective political science as 'biased', you should have known better. Shame on you.

Northern Ireland should have been one of the headline issues in the EU referendum debate. Security got less priority than economics and immigration. The UK will soon have a sea border with the EU at Calais and a land border with the EU in Ireland. I grew up trying to understand some of the complexities of Northern Ireland, and then, for all its limitations, a settlement brought peace. Few commentators have analysed this security aspect of Brexit closely and that terrifies me. I worry our political memories are becoming very short.

Who knows what follows? Enormous uncertainty. Scotland leaving the UK within the next few years seems extremely likely.

As of this morning, Gove and Boris couldn't care less about Brexit. Boris's only interest is now the leadership battle for the Conservative party and furthering his political career (a career made on the back of Brexit, pure and simple). They both played the game of exploiting division in the Conservative party for their own ends. Has Brexit been mainly about the UK's place in the EU? Or about the Tory party?

And in the short-term? True that this was 'just' an advisory referendum, so let's see what happens next. Nobody on the news this morning seems to have any idea what the next practical steps are, some are saying that Article 50 will not be invoked until after the French and German elections next year. David Cameron has now implied that negotiations with then EU will not start until after the arrival of a new Conservative Prime Minister in October.

All told, a bleak day for liberal democracy.

Personally, I am oscillating between deep sadness and rage, and trying to understand more seriously how and why we got here. So please pity us, my UK friends and me, who are unwillingly losing our citizenship of Europe.