News that will shock exactly no woman: Female body confidence is at an all-time low 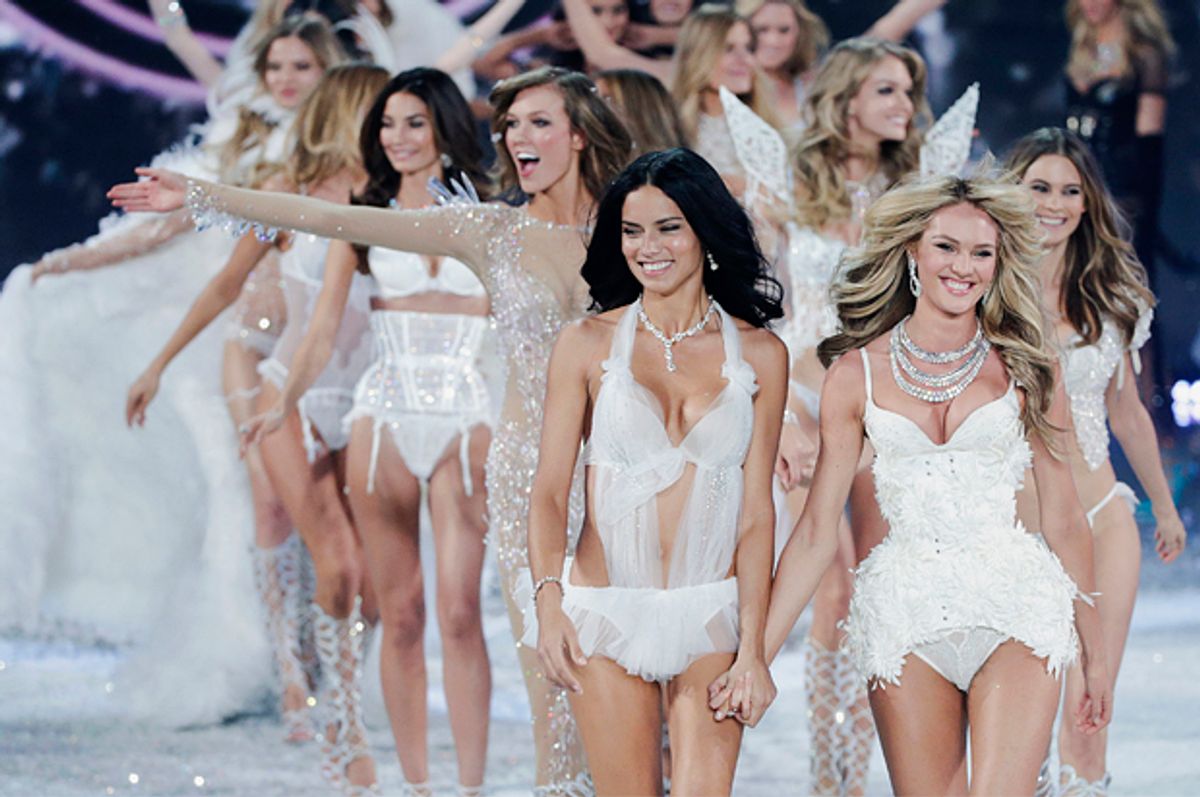 It’s hard for me to list the daily challenges of being a woman. Between catcalling, manspreading and the ever-present fear a man might try to rape or kill us, psychological battles are also fought that have nothing to do with the opposite sex and everything to do with how the lens we view ourselves from filters our perspective of the world. From a young age girls are exposed to the idea of having it all. We’re told by our parents, teachers and the media we can be both popular and intelligent, pretty and successful -- anything we want. The pressure, however, can be stifling as women try to find a “Goldilocks and the Three Bears” level of just right when it comes to meeting personal and societal expectations.

The Dove Global Beauty and Confidence Report was published earlier this week and revealed alarming data in terms of how women of the world perceive themselves. More than 10,000 women from 13 countries were surveyed, and researchers found body confidence is at an all-time low despite the emergence of body-positive media campaigns to promote the acceptance of different shapes and sizes through body diversity.

The data reports nearly 85 percent of women and 79 percent of girls have admitted to opting out of attending important events -- such as family gatherings or trying out for an athletic team -- when they’re not feeling confident about their appearances, a troubling statistic in the age of FOMO.

Additionally, 7 out of 10 girls said they’re significantly less assertive in other aspects of their lives when they don’t feel confident or comfortable in their skin. An alarming statistic reports 87 percent of women will starve themselves if and when they’re unhappy with the way they look, with 78 percent confirming they feel pressure not to show weakness or vulnerability, or make mistakes.

Beauty and appearance anxiety have an extreme psychological impact, and has yet to be fully studied. With the health risks that stem from starvation or caloric restriction also come emotional challenges. Starvation becomes a form of control, an attempt at stoicism in the face of myriad challenges. To discuss it would mean to admit weakness and make oneself susceptible to accusations of shallowness, and yet our preoccupation with being beautiful, thin and toned enough persists. We fear we’re not enough, but often told we’re too much.

A recent “Ask Polly” article from New York Magazine centered on one woman’s concern she’s “too much” for men. The excuse, that a woman is “too much” of something, has become the modern day version of the old “it’s not you, it’s me” rejection. It’s not uncommon to hear we’re too emotional, too intense, too whatever to satisfy a man or maintain a relationship, like overfilled cups in danger of spilling its contents. The impulse is to correct the behavior, this perceived degree of “too much,” but the problem is that it’s quite difficult to measure. The result, then, is to attempt to take control of the situation and correct this state of too much-ness with something that will somehow reduce it, and the most common method is to limit our caloric intake through starvation in an effort to shrink in size. To make ourselves disappear.

It seems stupid to be so concerned with beauty, but it’s an unfortunate result of how we’re conditioned. The Dove research found an interesting dichotomy in that 60 percent of respondents reported they feel pressured to maintain a certain standard of beauty, while 77 percent value being their own person. Essentially, the sample of women survey believe it’s important to be beautiful, but want it on their own terms.

So how do we achieve this?

Along with other body-positive campaigns in the media, it’s important we talk about body diversity and the severe impact eating disorders can have on our bodies and our minds. Celebrities like Amy Schumer have become advocates for body empowerment, and it’s important that the conversation is extended beyond headlines and social media posts. We need to strike a balance between not only being told -- but vehemently believing -- we’re either too much or not enough.

Hopefully someday we get it just right.