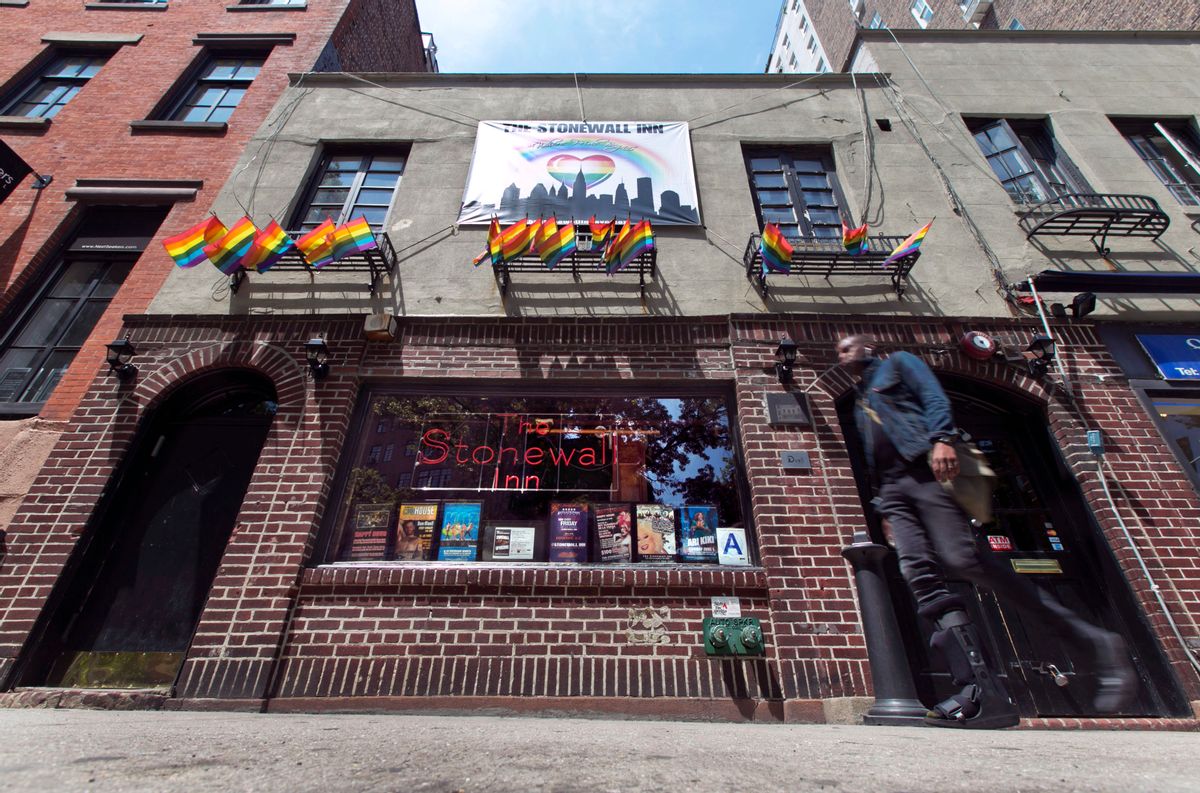 "Stonewall will be our first national monument to tell the story for the struggle for LGBT rights," Obama announced in a video that played on billboards in Times Square at noon, according to the Washington Post:

The president honored the Stonewall patrons who fought back against a six day police raid that began in June of 1969, igniting the national gay rights movement 47 years ago this week. The president's designation grants official protection for the 7.7-acre Christopher Park in Greenwich Village, the White House said.

In his 2013 inauguration speech, Obama became the first U.S. president to mention Stonewall, highlighting a major fight of a marginalized community against the powers of the status quo.

“I believe our national parks should reflect the full story of our country, the richness and diversity and uniquely American spirit that has always defined us. That we are stronger together,” Obama said