Baffled in Britain: Were the Leavers trying to recapture some nostalgic fantasy of imperial grandeur? 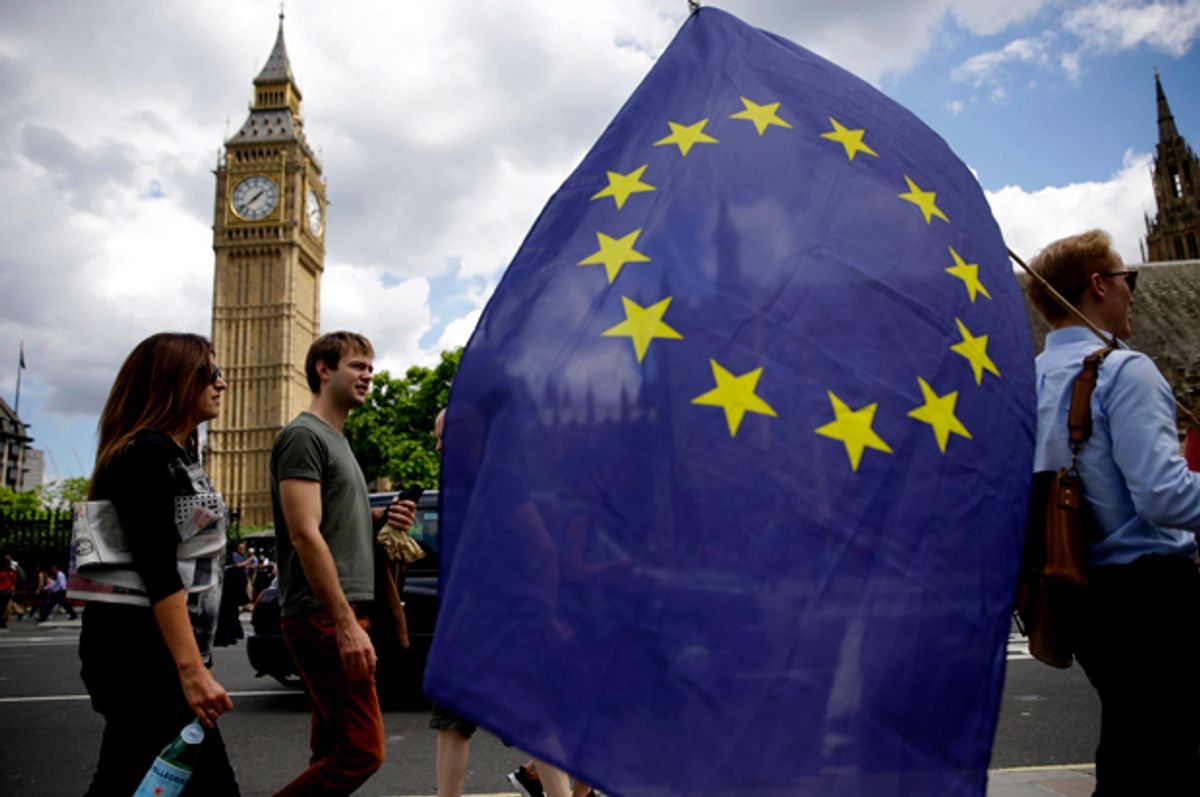 I am a professional Anglophile. When I teach modern British literature, part of my mission is evangelizing to my students the eloquence and intelligence of the writers we study in my seminars – Virginia Woolf, W. H. Auden, Philip Larkin, Harold Pinter, Iris Murdoch, Zadie Smith, Ian McEwan, Andrea Levy – and the culture that nurtured them.

Since I was an English major myself (in the 1970s), the position of British literature has shifted in the American curriculum of literary studies. I have no quarrel with this shift, which reflects important cultural and social reconfigurations. American literature, which English departments once considered not quite up to snuff compared to Shakespeare, Austen and Wordsworth, has come into its own. A burst of American diversity and innovation has made British literature seem, by comparison, a bit stuffy.

But as the literary canon has exuberantly expanded and geographically recentered, I continued to enjoy reading, writing about and teaching about British writers. I find them smart, drily funny, incisive. My period of specialization begins at 1900, which is the beginning of the end of England’s glory days. “The sun never sets on the British Empire,” the Victorians boasted. Well, the sun was beginning to set, and by mid-century it had pretty much dipped beneath the horizon. America had supplanted the U.K. as the imperial power (“superpower”). The Brits could keep custody of a quaintly archaic archive – Victorian novelists, romantic poets, Elizabethan playwrights – which we would go visit as tourists traipsing through Stratford-upon-Avon and the Lake Country, but “English” had become American in terms of its power base.

If England was a diminished power (as some whispered, a second-rate has-been) during the twentieth century, still their literature remained indefatigably engaging and admirable. They wrote with a perspective that reflected memories of the recent past when they owned the world, but combined with an awareness that such exploitative tyranny – which is what imperialism really was – was unsustainable and unethical. With thoughtful complexity and grace, their writing confronted all this, trying to figure out how to emerge from a Slough of Despond and create a vital cultural presence for the modern age. Monty Python, the Beatles, Harry Potter and Cool Britannia all helped.

What has been most interesting for me is to see how the country’s writers (and readers) have grappled with Britain’s new situation in the world. They had certainly come down in terms of power and pomp, but I always believed – and this is what sustained my resplendent Anglophilia – that their experience of de-imperialization taught them something valuable, forcing them to make lemonade out of the lemons that they got from history’s wheel of fortune.

A melancholy self-awareness – but engaging, and often empathetic – pervades contemporary British writing. Its creators see keenly what has been lost, but they also take stock (with a stiff upper lip!) of what still remains. They suffered massively throughout the twentieth century – “The war to end all wars,” as World War I was called, was ironically just a coming attraction for the next one, which taunted them with their mistaken assumption that humanity had hit bottom in 1914-1918.

British soliders and citizens fought bravely and endured with a stubborn resilience. They scrimped and rebuilt as Japan and Germany, ironically, surged ahead of them economically, making their military victory seem somewhat Pyrrhic. Through all this, the British preserved and nurtured the eloquence of their cultural heritage. More than once when I visited England, I heard high school students on buses reading Shakespeare – out loud, to each other. Good for them, I thought; they can’t take that away.

The U.K. seemed to have come to terms with the new world, and its place in that world. They had come down but they had adapted, and they determined to go with the flow of twentieth- and twenty-first century Europe, a society primed to be diverse and prosperous. Most importantly, the new Union promised to be more peaceful than Europe had been historically. The E.U. wasn’t perfect, but by and large it managed to do what it was supposed to do, keeping this dynamic but often contentious continent working together for such mutual goals as economic prosperity, military sanity and human rights.

And then comes Brexit. It is too soon for me to process this fiasco and assign blame. I am not sure how the U.K. (a Scot-less U.K., apparently) will recover from the inevitable jolts that lie ahead. I feel sorry for them when they realize that they have made a very bad decision with a great many negative consequences, and I feel sorry for the rest of Europe as well, having to deal with this short-sighted flub that threatens the continent’s long-term stability.

What motivated the 52 percent who chose to Leave? Is there some “excuse” to rebut the presumption that their votes were cast in a xenophobic spasm against immigrants, against cosmopolitan diversity, against cooperation, and against the lessons of historical reality? Were the Leavers trying to recapture some nostalgic fantasy of imperial grandeur? To “Make England Great Again?”

Uh-oh: As unfortunate as Brexit is for the British, does it also portend some comparable political dysfunctional miscalculation “across the pond” when we hold our own elections later this Fall? If so, I propose a word that acknowledges straightforwardly the choice we would be making: Americhaos.

But I am an English professor, not a political scientist, so I will go back to my books. I will find it a little harder, though, to convey to my students my enthusiasm for this eloquent, mannerly, culturally sophisticated literature. My reading will be more troubled, more problematized, as I analyze and excavate these texts trying to determine what went wrong in the U.K.’s cultural consciousness that led them to reject stability. Maybe my students and I can even find, beyond just an explanation, some hint of a path for reform: a way to understand, reconceptualize and repair the current mess. Not infrequently, we do indeed discover answers lurking in our books, between the lines, in places “where executives would never want to tamper” (as Auden described the rich imaginative world of poetry) – insights that everyone else has missed.

We will keep on reading in the hope of finding some such answers.