Cameron Crowe's "Roadies": A rock 'n' roll labor of love that dares to be sentimental 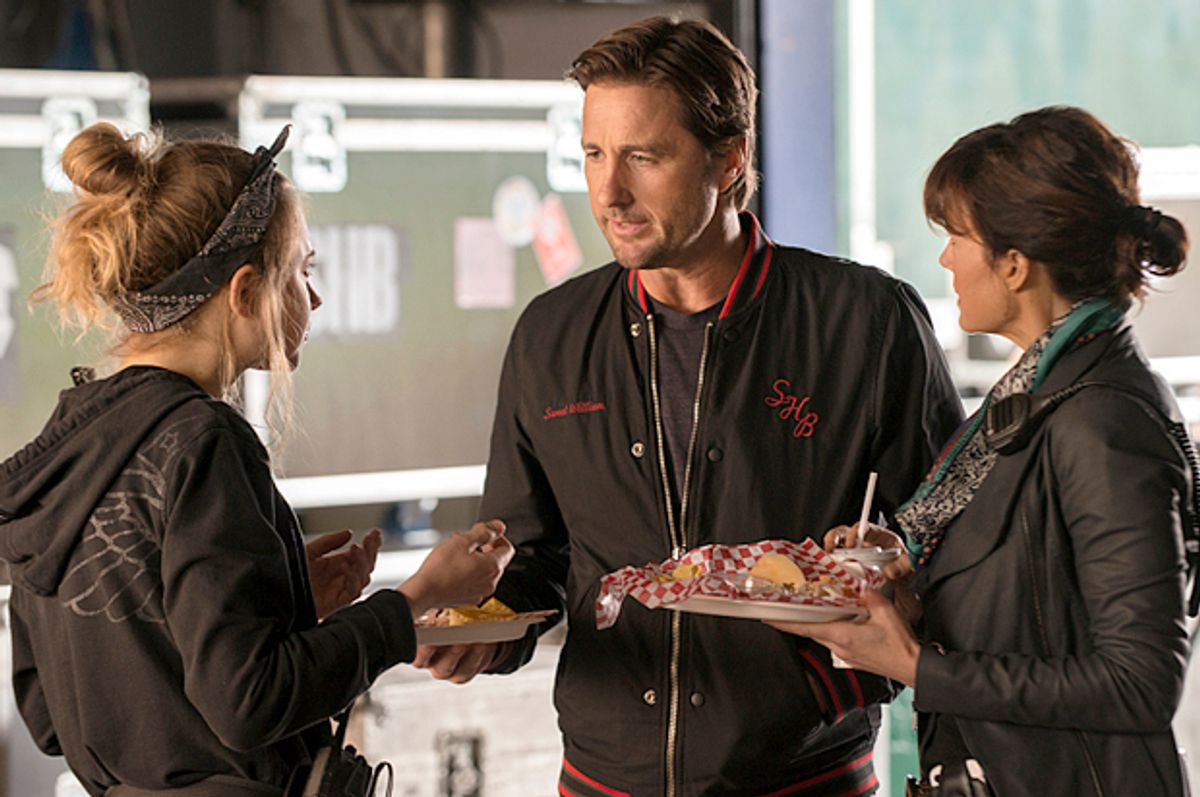 With the bitter pitch of national politics, the screaming of social media, proud displays of bigotry, and constant threat of violence in American life right now, a lot of people are ready for a breather. Enough with intensity -- it’s a perfect time for a smart television series that acts as a smart means of escapism. With many prestige shows built on gore (“Game of Thrones,” “Preacher”) or cynicism (“Veep,” “Billions”), a series with a more benign view of human nature, and limited amounts of blood, could actually come off as daring.

Given the warm view of the rock ‘n’ roll life in the groupie chronicle “Almost Famous,” and the romantic idealism in “Say Anything,” filmmaker and former music journalist Cameron Crowe seems like the perfect man for his job. After the failure of HBO’s “Vinyl,” the announcement of his new show, “Roadies,” which made its debut on Showtime last night, seemed like perfect timing. Crowe created the show, and wrote and directed the first episode, so there’s a lot riding on it for him. With a string of disappointing films behind him, he’s could use a comeback as badly as audiences could use a show that allows them to forget about mass shootings and political name-calling for an hour or so.

Some critics have dissed the show for focusing on the roadies and stage crew so much that we never see the group they labor for. This isn’t quite fair: What’s wrong with a show that concentrates on the people we don’t normally see?

The episode begins with Bill (Luke Wilson), the tour manager, having hotel-room sex with a young groupie (if groupie is an appropriate term for a woman who sleeps with a tour manager.) The dialogue between them is pretty predictable, turning on Bill’s self-consciousness about being in his 40s.

Shelli (Carla Gugino), the production manager, comes into the room, letting Bill know about trouble that’s brewing – the lead singer’s kid is a terror, the show in Philadelphia has been cancelled because of a leaky ice rink. The groupie’s father turns out to be a local concert promoter. Oops.

The next scene takes place in one of the tour busses, as Kelly Ann (Imogen Poots) rides alongside driver Gooch (Luis Guzman), who begins to wax rhapsodic about Bob Dylan, who he once toured with. She’s getting ready to escape the touring life for film school in New York. “I think I’m gonna miss you most of all,” she tells him. Cue “Tangled Up in Blue” and a bus courses through the night as the title comes up.

I could describe the rest of the episode in this kind of detail, but there’s little point. The cold open compresses a lot of what happens in the show into a few minutes: Light comedy, sentimental nostalgia, statements about the meaning of it all, and some good music. “Roadies” is not bad, but it feels like a missed opportunity. And a few minutes into the show, we’re not quite ready for the heaviness of one of Dylan’s best and most serious songs: You have to earn your way to that kind of thing.

The first episode sets up regular characters, as well as a conflict that ends up being anti-climactic. There’s a security guard with mystical powers, a psycho-stalker groupie with a floppy hat, a folksy, wizened old cowboy named Phil whose blarney and bluster holds the crew together. But they’re all caricatures, and mostly not very interesting. Wilson makes an amiable straight man, with regrets and tensions that could give him depth, but so far, doesn’t have much personality.

The backstage scenes give a convincing sense of the camaraderie and enormous effort needed to get a big show off the ground. But some of it feels false. Characters talk a lot about having said too much, having misspoke – are people behind the scenes of a rock show so touchy and guarded?

“Roadies” is for the most part good-natured, some of the acting is persuasive. (Poots, for example, is appealingly lost and idealistic).

The central plot of the first episode, which continues into the next two, involves the arrival of Reg (Rafe Spall), an officious “English douchebag” sent by management to tighten the tour’s collective belt by firing members of the crew and school them on the new ways. (“The old way is gone!” he announces. “I’m here to protect the brand.”) Spall's performance has some life to it, but he’s also entirely unbelievable: Has a cost-cutting financial shark ever been so hesitant to pounce? And have staffers who are in danger of being cut ever acted like this to someone sent to pick then off? Frightened obedience would make sense, so would full-scale rebellion. But the weird surliness is hard to believe.

The storyline, alas, rarely becomes involving. Reg finds himself conflicted by acting like a corporate asshole, Bill and Shelley quarrel like lovers, and the psycho groupie sneaks backstage and grabs a mic Bruce Springsteen once used.

And what is the deal with calling the group The Staton-House Band? Couldn’t Crowe come up with a better name? This and other poorly realized details suggest that he needed a foil here, someone with a little distance from the gauzy view of classic rock. Could “Roadies” be another victim of the auteur model?

This first episode, though, is not bad TV. If you care about live music, and don’t groan every time someone talks about how much it all matters, man, there’s something pretty good every few minutes.

In fact, there’s the ghost of a great show here, and you see it here and there. What happened? Crowe has erred toward sentimental before, but sometimes he balances it with wit, sharp writing, and sardonic touches. “Roadies” has a lot of potential, but Crowe’s Paul McCartney needs a John Lennon – and fast.