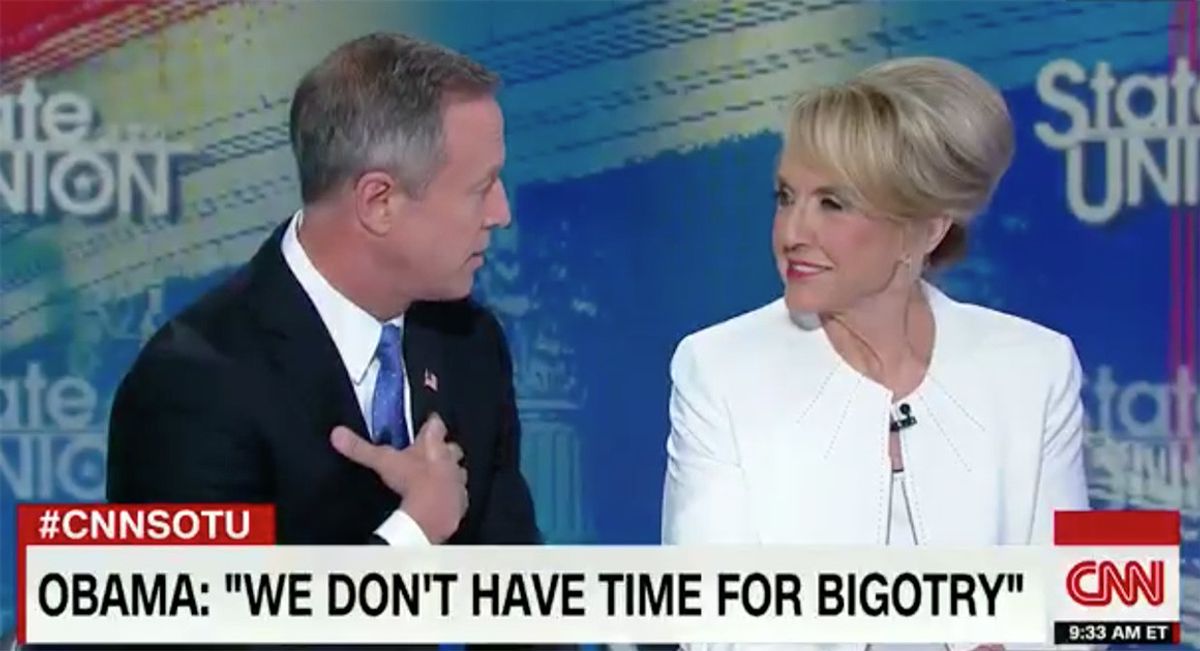 With his poll numbers reaching heights unseen since the days following the assassination of Osama bin Laden, President Obama's warnings against Donald Trump's campaign of bigotry have grown louder and more forceful in recent days.

At a fundraiser for Washington Democratic Governor Jay Inslee on Friday, the president minced no words in describing the state of politics as it stands with Trump as a viable contender to be his successor.

"Don’t have time for that.”

Responding to the president's matter-of-fact calling out of Trump's explosive rhetoric, two former governors got into their own explosive debate on CNN's "State of the Union" Sunday.

Complaining that "Obama just always comes tearing after Republicans constantly," former Republican Arizona governor and Trump supporter Jan Brewer said it was unfair that “with President Obama and Hillary Clinton, every time you disagree with them, it doesn’t matter which subject it is, you’re a bigot or you’re a racist!”

Brewer, who at one point referred to Clinton as "Crooked Hillary," called O'Malley's claims "offensive."

"Dang it, I get fed up that we hear over and over and over again from the president of the United States that every time somebody wants to support the Constitution and the rule of law that we are out there because we are racists and bigots," she said after being repeatedly cut off.

Brewer went on to admit that she hasn’t always been “comfortable” with some of Trump’s rhetoric, but refused to budge a bit on her overall support for the controversial businessman.

“I can’t believe you’re supporting him,” O’Malley laughed, throwing up his hands.

"This is such a great table," host Jake Tapper joked to interrupt the debate. "I've got to go. Can we book you guys for next week? OK, we're booking you for next week, hotel rooms, planes, all booked. I'm committing right now."

Watch below, via CNN: