Sanders wants you to run: Bernie's plan to turn regular Americans into agents of the progressive movement 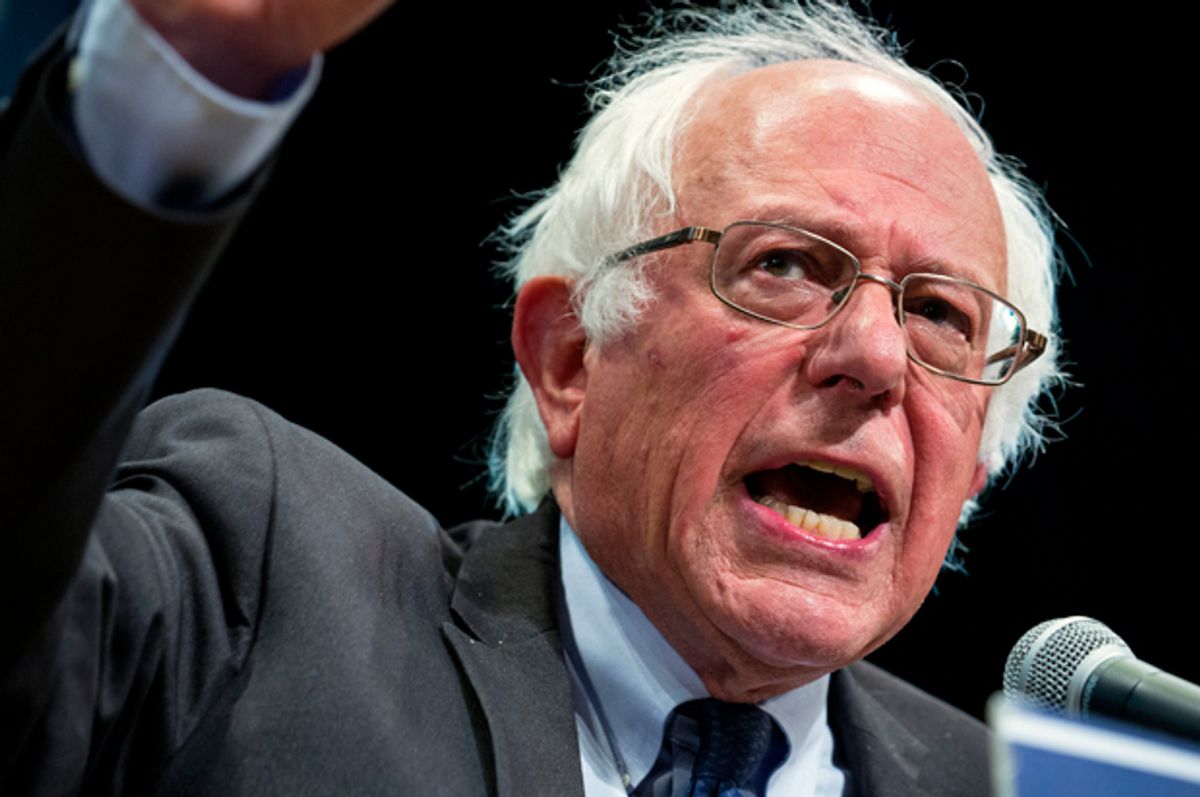 On Thursday, June 16, Sen. Bernie Sanders gave a 23-minute speech from Burlington, Vermont that was broadcast online and on C-SPAN. The address got over 200,000 viewers, largely because many people tuning in assumed he was going to concede the nomination to Hillary Clinton. That didn't happen and therefore most media coverage of his speech, which mostly covered points familiar from his stump speech, was perfunctory at best.

It's a bit of a shame, though, because Sanders did say something intriguing that suggests a viable path towards keeping his "political revolution" alive, instead of letting it crumble into dust, which is the fate that history tells us awaits candidates who run left-leaning insurgency campaigns in the Democratic party. Sanders indicated that he might find his legacy in nurturing new talent, an army of progressives who would change the country from the ground up:

We need to start engaging at the local and state level in an unprecedented way. Hundreds of thousands of volunteers helped us make political history during the last year. These are people deeply concerned about the future of our country and their own communities. Now we need many of them to start running for school boards, city councils, county commissions, state legislatures and governorships. State and local governments make enormously important decisions and we cannot allow right-wing Republicans to increasingly control them.

He then directed those people to go to his website to fill out a form where they could indicate an interest in running for office.

Sanders was 100% right in saying that the progressive movement needs people to run for office. It's not nearly as sexy as running an insurgency campaign for a presidential nomination, but recruiting people to make a serious play for a career in politics is far more necessary work — after all, the ground-up approach to politics is one reason why the Republicans have far more political representation than their actual popularity suggests they should have.

It's also a viable option to keep Sanders relevant now that he's lost the presidential nomination. Howard Dean turned his similar insurgency run in 2004 into a real legacy,  becoming the head of the DNC and kick-starting the 50-state strategy, which may have failed in some aspects, but helped lay the groundwork for a more organized and effective progressive movement. Sanders could do something similar, using his popularity to convince younger progressives to roll their sleeves up and do the real, hard work of running for office and creating lasting, if slow-moving (dare I say incrementalist) change.

"The senator received some 20,000 responses and is very excited about the prospects for energizing progressives to run for office at the state and local level," Michael Briggs, the communications director for the Sanders campaign told me over email.

When I pressed him on what the process of energizing potential candidates looked like, Briggs didn't offer many specifics, but replied, "He's excited about it. He plans to meet with some of the people and we're working on other ways to harness the interest and energy."

But the whole thing provoked some curiosity in me about what it does take, exactly, to turn people from ordinary voters to people who are willing to put on that pantsuit, get their name on the ballot, and go out there to start kissing some babies.

"I think it’s great that Sen. Sanders is encouraging more people to run for office at the local and state level," Andrea Dew Steele, the president of Emerge America, told me. "The best way to build the Democratic bench is by getting more people to run and win elected offices at the lower levels and then nurture them up through the political ranks."

Emerge America is a 16-state organization that has put 2,000 women through training to run for office, more than half of whom go on to run or secure political appointments. Seventy percent of Emerge candidates who run have won, according to Steele.

"Encouraging more people to run for office is great," Steele explained. "However, it’s just the first step in a lengthy process and the people he is encouraging are going to need support as they navigate the political world."

Emerge's support is intense: A 70-hour training program for women curious about political careers, plus a networking infrastructure built by state executives of "elected officials, partner organizations and allies", as Steele described.

"Women choose to run when they feel supported and know that they will not face their challenges alone," Steele argued, which is why Emerge invests so much in networking and maintaining an alumni network.

When I asked if Steele had specific advice for Sanders, should he really invest in this recruitment effort, she said, "He’d be smart to partner with organizations like ours who are on the ground and know the unique ins and outs of specific communities."

Brette McSweeney, the executive director of Eleanor's Legacy, a New York-based organization that recruits and trains female candidates to run as Democrats, agreed.

“If a Bernie Sanders or other national organizations wanted to help, we would partner with them," she told me.

After all, as McSweeney explained, her organization relies heavily on such partnerships with "ally organizations to help identify women" to run for office, citing groups like the YWCA, labor organizations, and trade organizations as examples.

Like Emerge America, Eleanor's Legacy runs a training program and offers post-training support, including grants, for women who do choose to run for office. They help dozens of New York women every election cycle mold themselves from everyday Janes into people who are ready for a political campaign. This year, they expect to be working with 50 female candidates across the state.

“I call it a soup-to-nuts training," McSweeney said of their day-long course on how to run for office, often provided in partnership with EMILY's List. “When you leave at the end of the day, you have a blueprint.”

The process of running needs to be "demystified", McSweeney said.

“Politics today, they say it’s rough, because it is," she told me, but she also emphasized that, "You don't have to be as polished as an Aaron Sorkin character" in order to be a viable candidate.

McSweeney had plenty of advice for Sanders in responding to someone who fills out the form seeking help to run for office. “This person should receive a phone call, not an email.”

"The next thing should be a campaign school or a round table, with an elected official," she continued. "Failing that, they should be invited to an event to meet more people.”

Beyond training and networking opportunities, McSweeney suggested sit-down meetings with would-be candidates to map out their goals and find ways to achieve them. If they aren't ready yet to run, she said, they should still be encouraged to join local groups, like a PTA, community board, or local Democratic office, all "half-steps" to warm the person up to running.

Progressives, whether they backed Sanders or Clinton, who are interested in running themselves have  resources to turn to. Emerge America and Eleanor's Legacy are just two examples of groups that offer help to people (in this case, women) run. Emily's List offers similar services. The Progressive Change Campaign Committee works with a variety of progressive candidates, as well. Many state Democratic offices have programs similar to what these groups offer.

The Sanders campaign stoked a lot of energy and passion in his followers, and he's dead to right that the best use of it, for many of them, would be to start running for office themselves. It's a little unclear, at this point, whether Sanders himself will be an effective advocate for these people, though his campaign's promise to meet with some potential candidates to discuss their futures is a hopeful sign. If Sanders wants a legacy of deep-rooted progressive change, offering substantive help to already ongoing recruitment efforts is one of the most important things he can do.