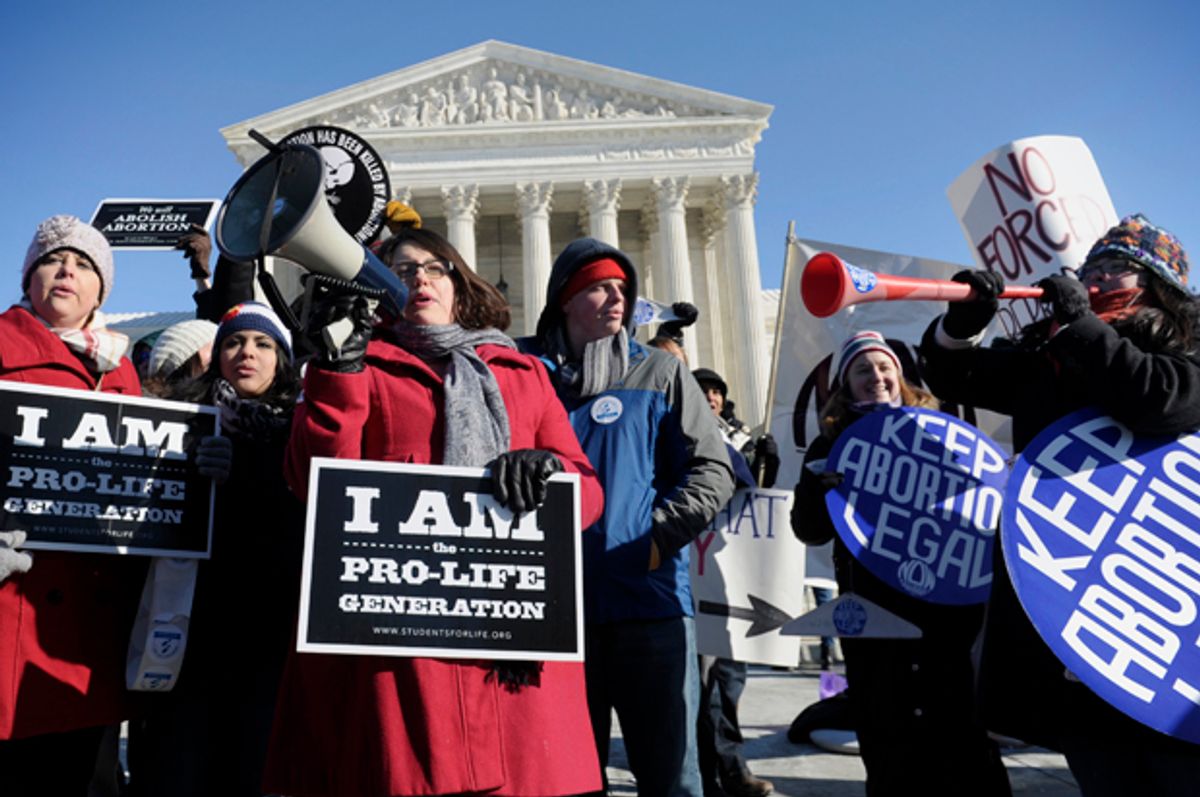 In one of its final rulings for the term, the United States Supreme Court struck down Texas' so-called TRAP laws, those that single out medical doctors who provide abortions with targeted and burdensome restrictions. The decision on Monday is a sweeping win for the state and national pro-choice movement, reversing a lower courts decision to uphold Texas provisions that required abortion clinics to have doctors with admitting privileges to nearby hospitals and mandated that abortion clinics meet surgical center standards.

On Twitter, the decision in Whole Woman’s Health v. Hellerstedt was greeted with jubilee from supporters of women's reproductive freedom: