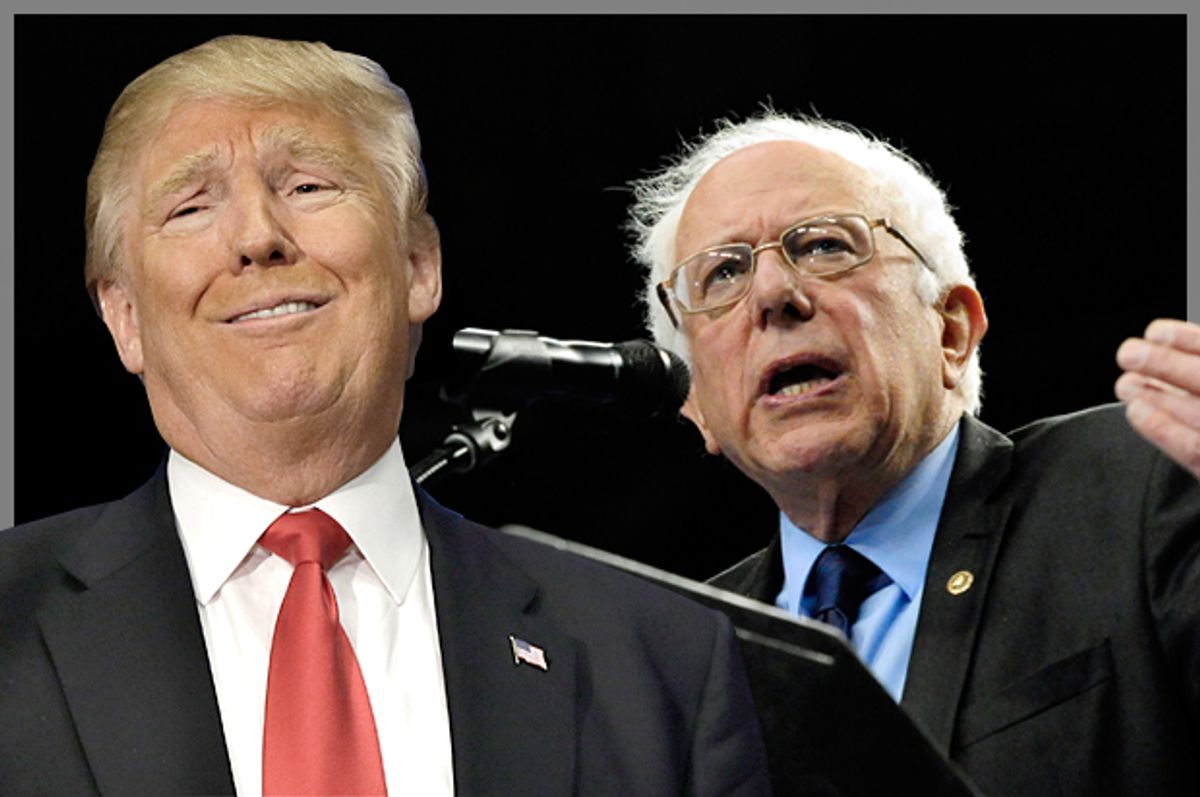 The Republican National Committee has a new plan to peel away disillusioned Sanders supporters, and it's as empty as you imagine it would be. Unironically titled “Project Pander,” the campaign is designed to “systematically dismantle the records of Hillary Clinton's potential running mates,” according to an internal RNC memo outlining the strategy.

Written by Raj Shah, the research director and deputy communications director at the RNC, the strategy memo lists four main goals, the most important of which is to “Drive wedges between these top contenders and either Clinton and/or traditional Democratic constituencies, such as labor, environmentalist, and gun control advocates, and other traditional left-wing constituencies.”

The memo focuses on Sen. Tim Kaine (D-VA), HUD Secretary Julian Castro, Sen. Elizabeth Warren (D-MA), Rep. Xavier Becerra (D-CA), Labor Secretary Thomas Perez, and Sen. Sherrod Brown (D-OH). Listed under each potential candidate are bland talking points and narratives to push in the event of their nomination. There's nothing new or damning here, and most of it amounts to white noise. The goal is clearly to poison Clinton's VP nominee in the minds of Democrats.

Thus far the Clinton campaign appears untroubled by the RNC's efforts. “We aren't concerned,” said campaign spokesman Brian Fallon in an email. “While the Democratic Party is quickly uniting around Hillary Clinton, Donald Trump actually appears to be losing ground in his bid to consolidate Republicans. More and more members of Trump's own party are realizing he is temperamentally unfit to be President, and there is no amount of googling by RNC researchers that can fix that.”

Fallon may be overstating how “quickly” Democrats are uniting around Clinton, but he's certainly right not to be worried. Although it's still early in the process, the most recent polling data suggests Trump's attempts to woo Sanders voters aren't working. Recall that Trump made an open plea to Bernie backers a few weeks ago. “To all those Bernie Sanders voters who have been left out in the cold by a rigged system of superdelegates,” he said, “we welcome you with open arms.”

This was a crafty but transparent move by Trump. While there are some vague parallels between him and Sanders, they remain worlds apart on nearly every issue of consequence. To the extent that Trump has policy ideas, they're incoherent. And to the extent that they're coherent, they're terrible. This is a man, after all, who tweeted that “The concept of global warming was created by and for the Chinese in order to make U.S. manufacturing non-competitive.” This is not how you appeal to supporters of a candidate who has said repeatedly that climate change is the single greatest threat to national security.

No surprise, then, that the latest Washington Post-ABC News poll found that Clinton's lead over Trump has expanded to 12 points, a 14-point swing from Trump's 2-point lead last month. More revealing, only 8 percent of respondents who supported Sanders in the primary contests say they will vote for Trump in November (that number was 20 percent in May). This is an early indication that liberal Democrats aren't falling for Trump's con job.

However reluctantly, most Sanders supporters will cast their vote for Clinton in November. Who she nominates as her VP nominee won't matter a great deal in any case. Adding someone like Warren to the ticket could energize the base. Picking a more conventional centrist like Tim Kaine won't move the meter either way. But so long as Trump is standing on the other side, right-thinking Democrats will fall into line. The stakes are too high and Trump is too odious to countenance.

The RNC is doing what it has to do: make this campaign about anyone or anything other than Trump. It won't work, though. And if “Project Pander” is their highest hope to win the presidency, they'd do well to focus on keeping their majorities in Congress.