"Trump's 'nation' doesn't represent all of us," Dyson said, and when Trump talks about a wall, ask "For who?" 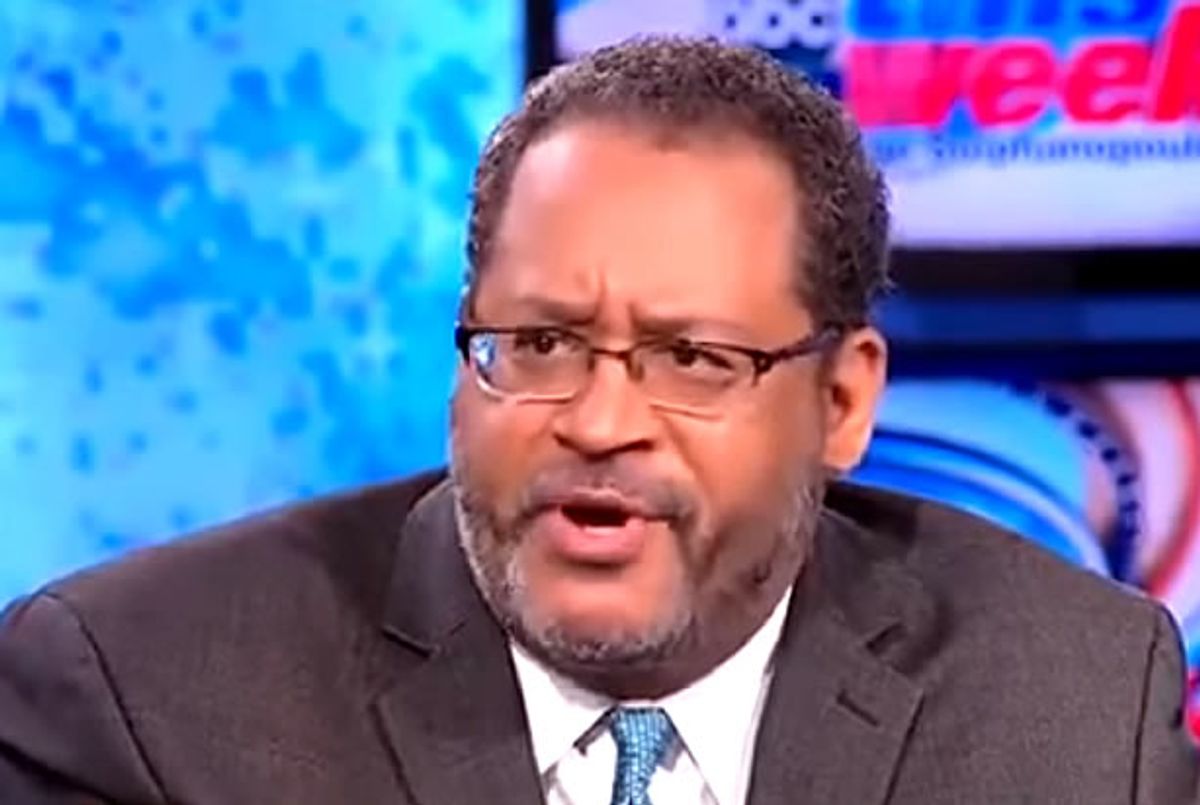 On This Week with George Stephanopoulos Sunday, conservative Alex Castellanos attempted to claim that the British vote to "Leave" the European Union is proof that "the people" are upset by the way that their leaders have "destroyed borders" and enabled foreigners to invade their countries.

For Castellanos, what those who voted to "Leave" share with Donald Trump is simply a belief in "nationalism." He argued that "in Europe you've destroyed borders -- you can travel anywhere. Immigration has destroyed borders. There are no economic borders now. Greece can spend money that Germany has to pay back -- the British looked at this and said, we think being a nation is a good idea and that we ought to be one."

MSNBC contributor Michael Eric Dyson shot back that "nationalism is not the answer" to rising unemployment, to which Castellanos replied, "of course it is."

"There were nations before the EU," he added, "there will be nations afterwards. This is not a crisis -- and when Donald Trump talks about building a wall, what people are hearing is we ought to have a real nation for all of us."

"For who?" Dyson asked of the wall. "Donald Trump's 'nation' doesn't represent all of us. When he keeps saying he wants to ban Muslims. He wants to keep immigrants out. He wants to build a wall -- and look, at his rallies, when black people are pushed around, he then says, I will pay for the legal fees."

"Donald Trump amplifies the worst instincts," he said. "His nationalism is really a white racist supremacist nationalism that reeks terror on the American democratic experiment."