Trump's won more votes than any GOP candidate in history, but now most Republicans are whining ahead of Cleveland 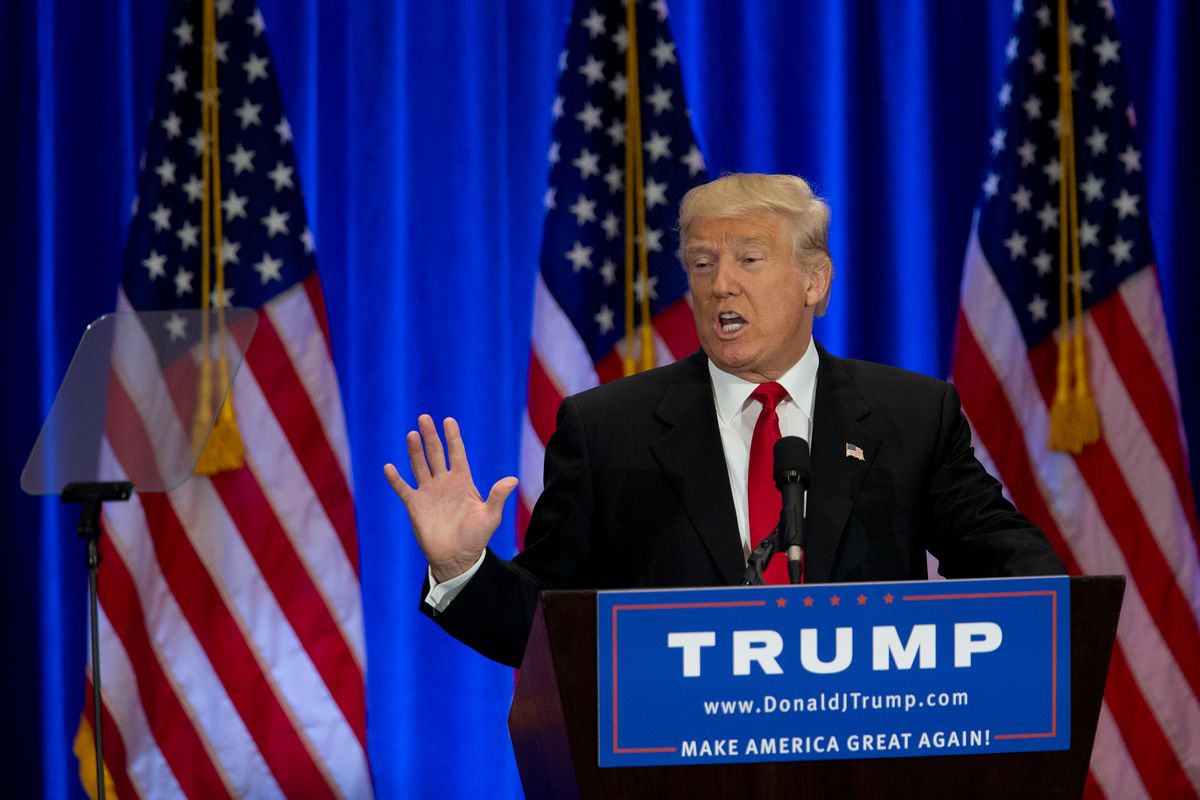 While much digital ink has been spilled fretting over the supposedly herculean task of unifying a divided Democratic Party after a full-length two person primary battle, the presumed falling-in-line Republican voters have become accustomed to doing after their primary fights is proving rather difficult now that they've settled on the political neophyte over 16 other hopefuls while Hillary Clinton has nearly solidified her base even with Bernie Sanders still officially in the race.

According to a new NBC/Wall Street Journal poll released on Monday, a majority of Republican voters said they are dissatisfied with their presidential nominee less than one month before the convention in Cleveland, Ohio.

52 percent of GOP voters said say they would have preferred someone else as their party's presumptive presidential nominee rather than Trump.

That stands in stark contrast to the overwhelming majority of Republican voters who believed that the party should coalesce around Trump only a little over a month ago. Eight in 10 Republican voters said their leaders should support Trump even if they disagree with him on important issues, according to a New York Times/CBS News poll released in May, shortly after Trump essentially clinched the nomination.

Since that time, Trump has only seemed to engender even more criticism from the leaders of his party with weeks of negative press coverage over his tasteless rehashing of the Vince Foster murder conspiracy, his attacks on the federal judge presiding over the Trump University case because of his Mexican heritage, and his accusations that President Obama allowed the mass shooting in Orlando to occur because of some secret ties to Muslim terrorists. From NBC News:

Indeed, 55 percent of all registered voters in the poll said that what they had seen, read and heard about Trump over the last couple of weeks had given them a less favorable view of the real-estate mogul, while 20 percent had a more favorable view.

Unfortunately for Trump and his supporters, the ardent #NeverTrump brigade can't just be dismissed as squishy RINOs either. From NBC News:

By a 53 percent-to-45 percent margin, conservative Republicans say they prefer a different nominee to Trump, while moderates are split 49 percent to 49 percent.

Still, Trump only brags about the polls in his favor.

"Our campaign received more primary votes than any GOP campaign in history," the blustery candidate has grown fond of boasting, noting that he has secured more than 13 million votes in the Republican primary.