The geography of Brexit: Britain's referendum reveals a United Kingdom that's anything but

Scotland and Northern Island voted to remain, England to leave. This could be the end of a centuries-old union 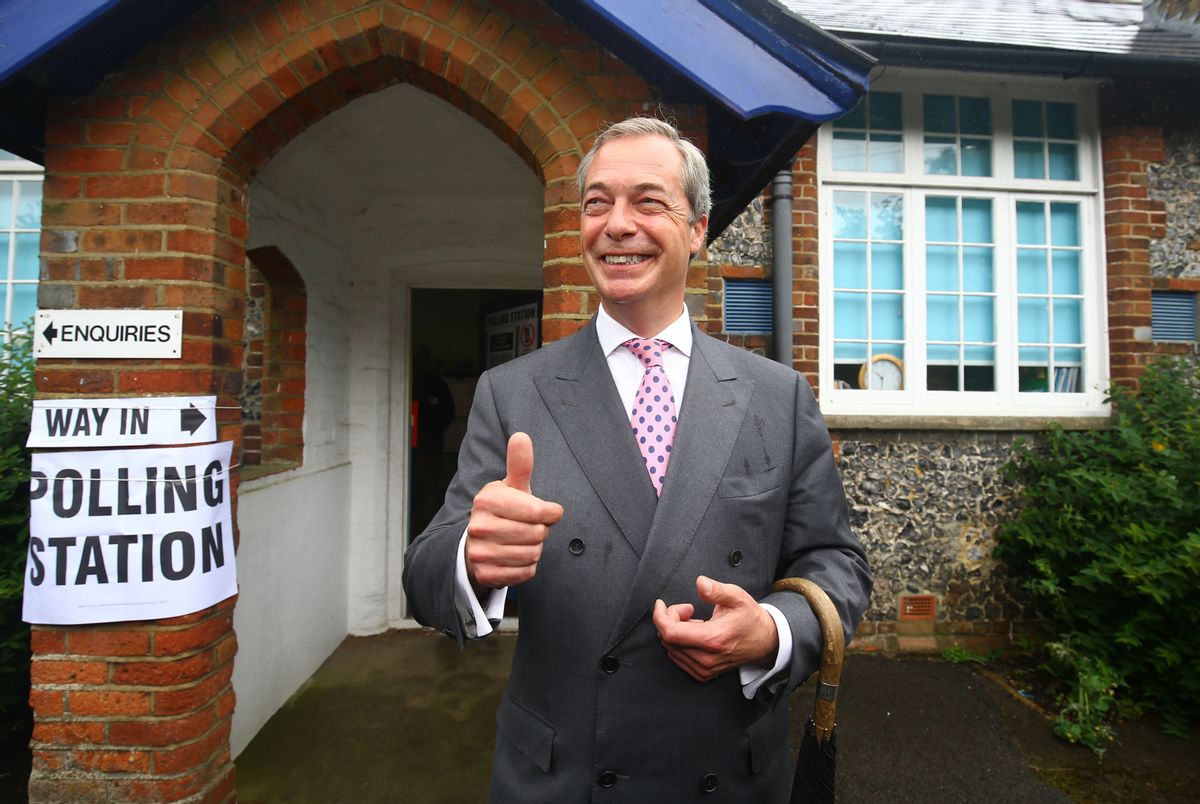 A majority in the U.K. voted to leave the EU. But a look at the geography of the vote provides another angle on the result and insights into the political geography of the Disunited Kingdom.

The vote laid bare a seldom-acknowledged political and economic imbalance within the country. It has also raised the chances of dissolving a more than three centuries-old union.

The very first result of the referendum came from Gibraltar, the giant rock in southern Spain at the mouth of the Mediterranean, home to 32,000. It was not a useful predictor of events to unfold as close to 96 percent of the votes cast were to stay with the EU. The reason: the EU assures that Gibraltar remains British and deflects Spanish claims. With the U.K. outside of the EU, Spain can press home their claim. Spain has already asserted the right to some form of joint control over the rock.

A major area of support for remaining in the EU was centered on London. So-called Greater London comprises 7.5 million people and the greater metropolitan region has a population of approximately 21 million. The reach of the city extends into most of the South East part of the country and beyond.

The city and its extended metropolitan dominate the nation. The wealthy, the influential, the movers and shakers live in the city; it is home to royalty, the political elites, those who control much of the making and moving of money. It is by far the most affluent part of Britain. London has emerged a global financial center attracting expertise and investment from across the globe and around Europe. London is hard-wired into the financial circuits of the EU and global economy.

For the past 30 years the principal aim of government economic policy has been, arguably, to protect London’s position, particularly as a financial center, while leaving the rest of the country largely ignored. In the U.K. version of trickle-down economics, London is the golden goose whose droppings fertilize the rest of the country. In reality there was not much trickle and the U.K., like the U.S., is becoming a more unequal society.

There is a spatial dimension to this social inequality. The U.K. has the most marked regional inequality in Europe. The rich and wealthy are concentrated in London and the South East where household incomes are higher than the rest of the country. As the U.K. became a more unequal and divided society, the cleavage between London and the South East compared to the rest of the country is becoming more marked.

Now let’s look the rest of England and Wales, where the majority voted to leave. The people in these regions, especially the lower income groups, were bypassed by the emphasis on the London money machine. Spatially, class conflict was often framed as the South East versus the rest of the country, although in reality the divisions were as much social and spatial.

But even though there existed this discontent with the South East power center in Wales and other parts of England, it was never strong enough to lead to demands for political separation as it could in Scotland. There was no constitutional basis and so the rest of of England and Wales seethed at the rising inequality and neglect.

The exit vote was prompted by many things, especially a disquiet at immigration, but is was also a vote against the dominance of London and the political establishment. The exit vote managed to capture popular resentment against the status quo just as Trump and Sanders did in the U.S.

All districts in Scotland voted to remain in the EU. This is a complete reversal to the 1975 referendum when Scotland voted against joining the EU when much of the rest of the country embraced the European project.

What happened? The EU provided benefits to Scotland that the London-biased U.K. government did not. Scotland’s political culture, it turns out, is closer to the EU than that of London-based Tories. And years of punishing Thatcher rule in the 1980s soured many in Scotland against a reliance on the U.K. political system. The EU softened the neoliberalism of English Tory rule.

The Brexit vote highlights the problem of sharing a political space with divergent interests. The Scottish Parliament in Edinburgh will now move to draft legislation for another referendum on Scottish independence. The result could be different from the one in 2014 when 55 percent voted to stay in. The Brexit vote may herald the break up a Union first crafted in 1707.

Northern Ireland, as a whole, also voted to remain in the EU. But the Anglo Welsh vote across the water that tipped the balance in the opposite direction raises new issues for the province. Northern Ireland, the only part of the U.K. that has a land border with an EU country, is in a similar economic position to Scotland but in a very different political context. The province is split between those who want to join up with Eire and those who want to stay in the U.K. Sinn Féin, the party that seeks union with Ireland, has already proposed a vote on all Ireland unification.

The Brexit vote reveals and embodies the deep divide in the U.K. between the different regions of England and Wales and especially between the affluent London and the South East. This division is unlikely to heal soon.

The different voting patterns between Scotland, Wales and England outside of the South East may herald the break up of the U.K. The United Kingdom was always something of a misnomer. It is not a kingdom – the head of state currently is a queen – and it is not all that united. The Brexit vote is likely to exacerbate the breakup of Britain.