"I think you've got 'floaties' right there," Watters told a large-breasted woman who shared her fear of pools 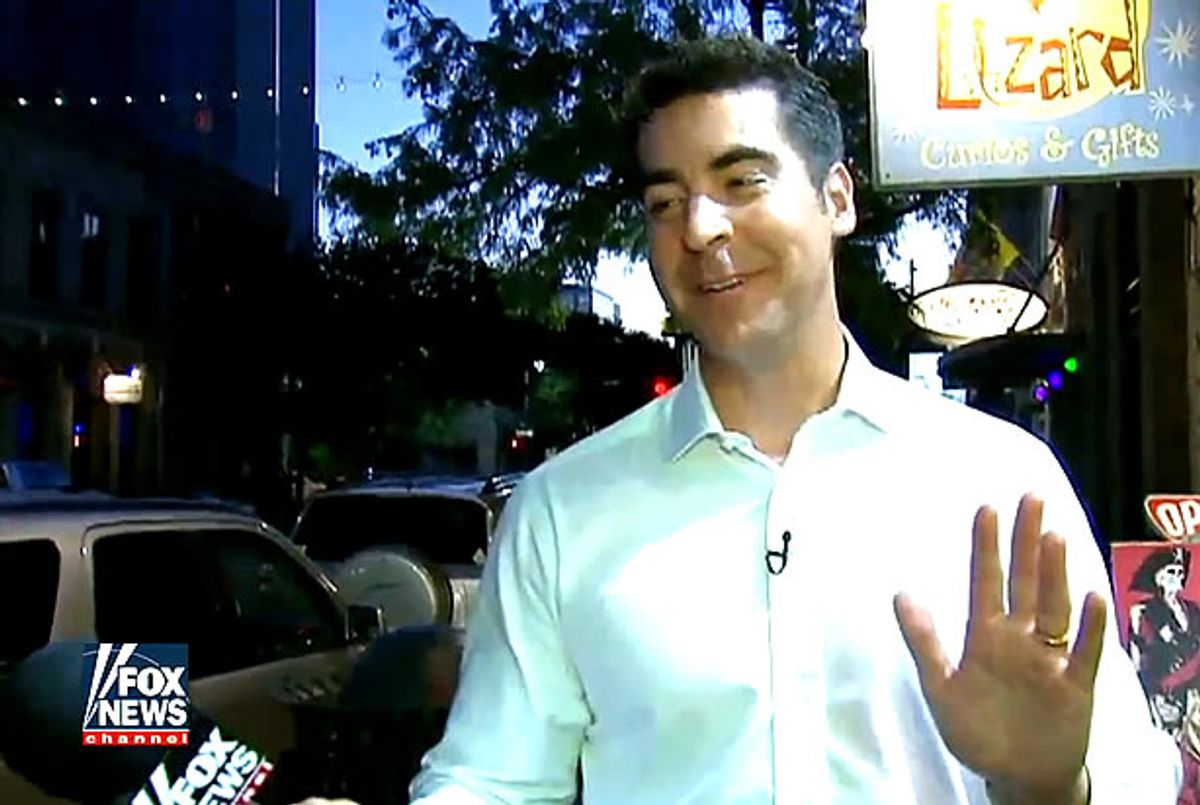 Bill O'Reilly sent roving reporter Jesse Watters to Austin, Texas earlier this month to harass the Wiccans he heard lived there, but they were "afraid of Watters" -- meaning they had the good sense not to talk to him when he approached with a mic emblazoned with the Fox News logo.

So, O'Reilly said, "Watters pivoted and asked Austinites what they were afraid of" -- and it turned out the answer should have been very similar to the one given, at least implicitly, by the Wiccans: Jesse Watters.

He mocked them for being afraid of hospitals and sharks, but because he is Jesse Watters, he couldn't resist sexually harassing the attractive young women he encountered.

One in particular -- a woman who informed him of her fear of belly buttons -- had to plead with him to keep his shirt on and not show her his. Watters will no doubt dismiss his actions as a playful joke, and perhaps it could be interpreted as such if he didn't have a penchant for boasting about his body and his looks.

Or perhaps his behavior could be dismissed had he not, earlier in the segment, tell a woman who said she's afraid of pools and always keeps "floaties" around that he thinks she "has floaties right there," a clear reference to the woman's breasts.