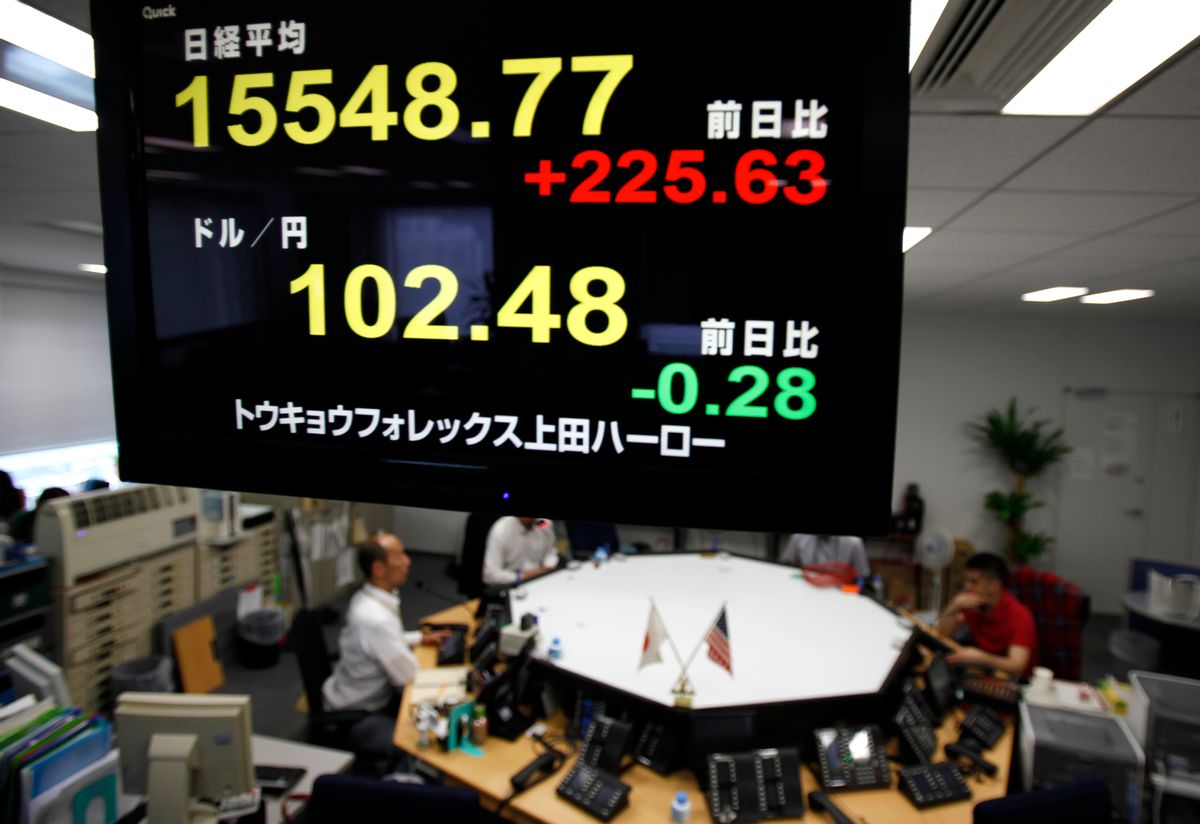 Currency dealers wait for clients' orders under an electronic board showing Nikkei stock index, top, and the exchange rate between US dollars and Japanese yen, bottom, at Ueda Harlow, a foreign exchange trading company in Tokyo Wednesday, June 29, 2016. Asian stock markets rallied on Wednesday following overnight gains on Wall Street and even bigger gains in Europe, as worries about stepping into the era of uncertainty following Britain’s referendum eased. (AP Photo/Shuji Kajiyama) (AP)
--

Analysts said market volatility can come back anytime and it was too early to say investor appetite for risks have made a full comeback.

"Despite the likelihood of a good session this morning, it's likely that markets will leave a Brexit risk factor in pricing for a while yet," Ric Spooner, chief market analyst at CMC Markets, said in a commentary.

"Stock markets may find it difficult to return immediately to the levels seen before last week's vote with buyers being wary about being too aggressive in what may yet be just another volatile swing."

Global financial markets were rattled on Friday as the result of the U.K. referendum showed that Britons voted to leave the EU. Global ratings agencies to slash their top-shelf credit rating for the U.K. The pound plunged to the lowest level in 31 years.

The British currency recovered some of its losses this week but remained near the 31-year-low level. On Wednesday, the pound edged down 0.1 percent to $1.3336.

Investors in the U.S. and Europe appeared to have set aside their anxiety over Britain's vote, partly encouraged by solid data on the U.S. economy and housing market.