Many thought that having two women running together would be too much for the U.S. but it's exactly what we need 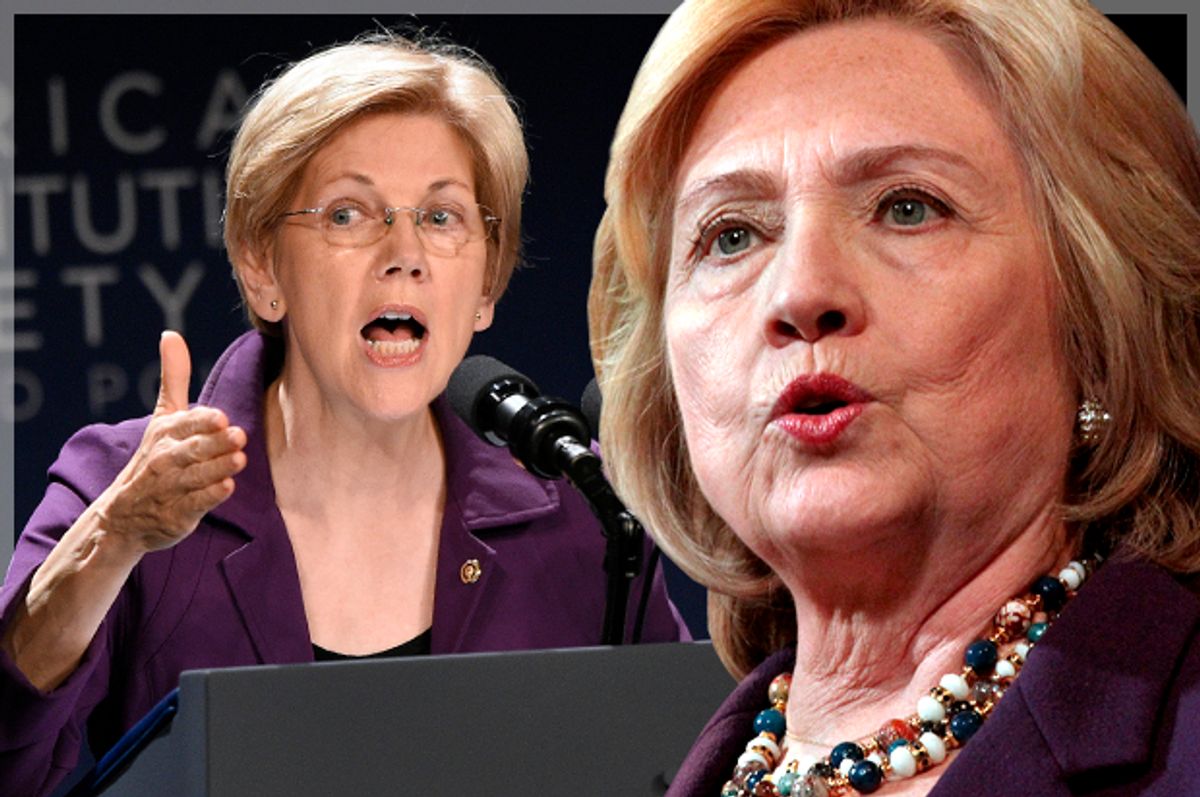 One of the more tedious political parlor games in any presidential election is now fully underway --- Vice Presidential  speculation. On the Republican side we have the unusual spectacle of far more people running away from the possibility than coyly making themselves available. It seems few people wish to end their political careers this year by diving over a cliff holding hands with Donald Trump.

On the Democratic side the conventional wisdom for months has been that Clinton would pick Virginia Senator Tim Kaine. I’ve never been quite sure why this became the CW but it seems to stem from a conviction that Clinton is so hyper-cautious she would never think outside the box enough to choose someone CW didn’t say was the obvious choice.  However, there are others beside Kaine on the list, many of whom would be exciting for different reasons. Choosing a person of color would be an obvious consideration for a multi-racial coalition. Picking someone younger would make sense as well.

But this week we had preview of what it might look like if Clinton decided to defy the CW and instead chose someone who doesn’t “balance” the ticket but rather doubles down on what makes her run risky in the first place --- being the first woman nominee. I’m speaking of Senator Elizabeth Warren, of course, with whom Clinton appeared at an Ohio rally on Monday.

By all accounts, it was a very successful event.  The Washington Post reported it this way:

If there were any doubt that Hillary Clinton and Elizabeth Warren are the “it” couple of the moment in Democratic politics, it was silenced here Monday when they took the stage together for the first time. The two nerdy wonks and feisty grandmothers, who built rival power centers on the political left but this spring gradually became allies, together electrified a crowd of thousands by locking their arms, punching the air and excoriating Donald Trump.

Warren is on the VP short list for obvious reasons. First is the fact that she represents the progressive wing of the party, which has exerted substantial influence in this campaign through the candidacy of Bernie Sanders and has had some success over the last decade or so pulling the mainstream of the party away from the centrist orientation it adopted during the years of conservative ascendance. This faction would warmly embrace Warren on the national ticket and in this political era that may be more important than “balance” of region or age if Clinton wants to unify the party.

And Warren could also bring something important to the table in the role of “surprising validator,” which is someone from a particular group who can challenge something called “biased assimilation”:

[P]eople assimilate new information in a selective fashion. When people get information that supports what they initially thought, they give it considerable weight. When they get information that undermines their initial beliefs, they tend to dismiss it...This natural human tendency explains why it’s so hard to dislodge false rumors and factual errors. Corrections can even be self-defeating, leading people to stronger commitment to their erroneous beliefs.[...]

But they may reconsider if the information comes from a source they cannot dismiss. People are most likely to find a source credible if they closely identify with it or begin in essential agreement with it. In such cases, their reaction is not, “how predictable and uninformative that someone like that would think something so evil and foolish,” but instead, “if someone like that disagrees with me, maybe I had better rethink.”

Clinton has been the subject of malicious right wing smears for more than a quarter century and it has taken a toll. And as I noted yesterday, GOP Super Pacs have successfully deployed a strategy to sow discord on the left in this cycle based upon those pre-existing narratives. Warren, on the other hand, is considered to be a scrupulously honest progressive with a reputation for rectitude. Her enthusiastic endorsement of Clinton’s character is extremely valuable to the Clinton campaign.

There are those  who assume that two women at the top of the ticket is too much for the country to handle. After all, it took nearly 230 years for one to even be nominated by a major party for the top job .I thought that myself but after seeing them together I changed my mind. It looked like a natural combination to me. When you think about it, it’s simply illogical to be willing to vote for a woman president but unwilling to vote for a woman to replace her if something happened. That makes no sense. And if you are the type of person who believes that a woman at the top of the ticket needs a man around to keep her steady, why would the VP have to be that person? The administration will surely be filled with men, they always are. In any case, there’s really nothing new about voting for president and VP of the same gender.

Most importantly,  the Republicans have nominated a man whose views about everything, but especially women, are nothing short of antediluvian. The prospect of a campaign featuring two strong women standing toe to toe with Trump is just too delicious to pass up. It’s already making him come unglued.