When "I'm sorry for your loss" doesn't cut it: "Orange Is the New Black" explores the limits of easy apologies 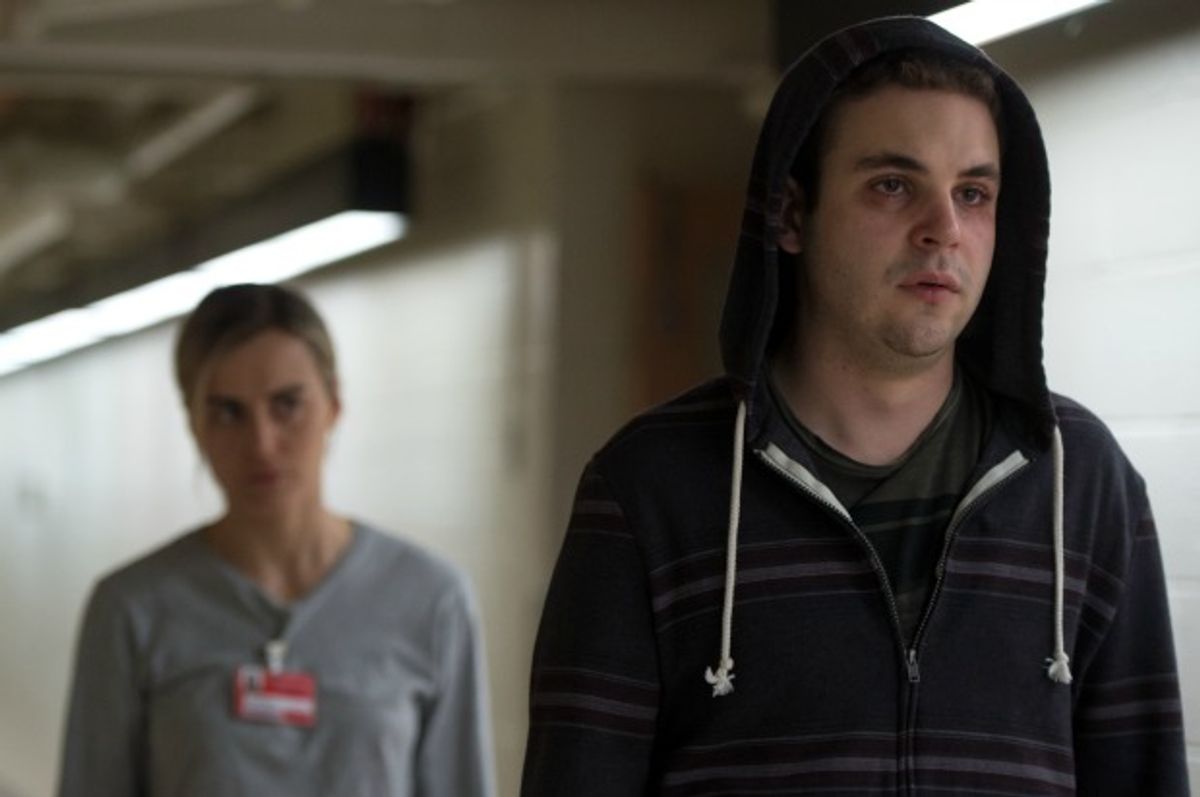 Warning: Spoilers ahead for the season 4 of "Orange Is the New Black," including the final episodes.

In “Toast Can’t Never Be Bread Again” the final episode of this season of "Orange Is the New Black," Baxter Bayley, the baby-faced correctional officer who accidentally kills Poussey during a peaceful protest, runs into Piper, overwhelmed with the horror of what he has done. Out of uniform, his hoodie up and his eyes red and wet, he stammers like a little boy, “I have to get to them. I have to tell them I am sorry. I am so sorry.”

Piper is compassionate, but resolute. “You cannot go into C dorm,” she tells him. “They’re grieving. They are not ready to hear you.”

Season 4 of "OITNB" calls for responsibility over contrition, especially in the face of systemic injustice. “I’m sorry for your loss,” Caputo gently tells a distraught Taystee, who is understandably outraged that Poussey’s father hasn’t even been contacted about her death. “I’m so sick of people saying that, man, my loss,” Taystee replies. “Like it was my hundred-year old granny who kicked it, or like it was some tragic accident instead of cold-blooded murder.”

This season, Litchfield is full of characters trying to make amends, from Mendoza attempting to do right by Sophia, to Donuts directly apologizing to Pennsatucky for raping her. But while Judy King, the Southern celebrity chef enjoying a relatively posh stay at Litchfield, firmly advises C.O. Luschek that apologies work as long as you really mean them, it’s clear that repentance is simply self-indulgent if not backed up by direct and tangible actions.

Caputo may be depicted as a well-intentioned man, for example, a person who genuinely wants his prison to be a place of rehabilitation, but he is also complicit in a system that outright abuses its inmates, from tolerating overcrowding and sadistic guards to accepting that prisoners are no longer afforded necessities like maxi pads. He even, sadly, allows his educational program to be transformed into straight unpaid labor, because he is confused and unable to stand up to the corporate board (and knocking boots with the colleague who helped pitch the initiative).

Likewise, well-intentioned guards may treat prisoners with dignity, but they also consistently turn a blind eye to abuse. Caputo may be proud when Bayley comes to him in order to report how a sadistic new guard forced inmates to fight one another, but his advice to Bayley to leave the prison compounds the sense that there is nothing he or anyone else can do to improve the status quo.

Over the past few years our society has already grown incredulous about apologies, from the ubiquity of #sorrynotsorry to the feminist rejection of how women are socialized to apologize constantly. This movement away from the easy sorry is more than about digging in your heels. It’s about who gets to say they are sorry, and who has to deal with the actual repercussions of a mistake. In particular, Season 4 highlights how deep seated and systemic racial injustice can’t be “sorry’d” away, even when people try to. Judy King is convinced that her racist puppet show from the '80s is simply not reflective of who she is as a person, and tries to erase this history with some staged interracial lesbian photos she leaks to the press, but is quick to abandon her black friends when any kind of strife emerges, happily locking herself away in her private jail cell complete with a seltzer machine.

The flagrant privileges granted to white inmates, especially pretty, blonde, blue-eyed white inmates like Piper, who doesn’t really get the damage she is causing until she has a swastika branded on her arm, is especially painful to watch. Yoga Jones might be embarrassed and troubled by the fact that she is the recipient of newfound advantages after being selected to be Judy’s roommate, but despite her awareness that the treatment she is receiving is unfair, she ends up buying into it too, seltzer machine and all. Likewise, Piper might try to make amends by standing in solidarity with the other prisoners, but her body has also never been in the same explicit danger as the women of color in Litchfield. From the way that Sergeant Healy tried to make Piper’s stay at Litchfield comfortable when she first arrived, to the way that Piscatella trusts her initial declaration that the C.O.s should be aware of a Latina gang, Piper’s wealthy white WASP background has given her a tangible advantage over other prisoners.

When Bayley tries to apologize to Poussey’s friends, he tells Piper, “I’m a good person—you know that.”

He may be, and it also doesn’t matter. As part of a system, which is abusing its power and perpetuating injustice, Bailey’s tears are both genuine and frustrating. His backstory provides similar examples of the ways in which his character is shown to have good intentions, but is also easily swayed by peer pressure. He eggs the house of the manager who fired him for giving out too many free ice cream cones to pretty girls, and throws eggs at Litchfield inmates too, when being goaded on by his friends.

It’s telling that Bailey was let off with a slap on the wrist for a crime similar to the one that Poussey was actually convicted for—a low-level drug arrest. Both Bailey and Poussey are presented in the show as kind-hearted people who are operating in a world with immense double standards when it comes to race, class and gender. In this season’s bleak finale, we don’t yet have the resolution of what happens in the minutes after Daya points a gun at an abusive C.O. who has been terrorizing inmates, especially the women of color. We end instead with a shot of Poussey’s smiling, exuberant face looking out onto the bright lights of New York City, knowing that neither apology nor vengeance will ever bring her back.