One is not enough: A brief history of women’s firsts and why this is just the beginning 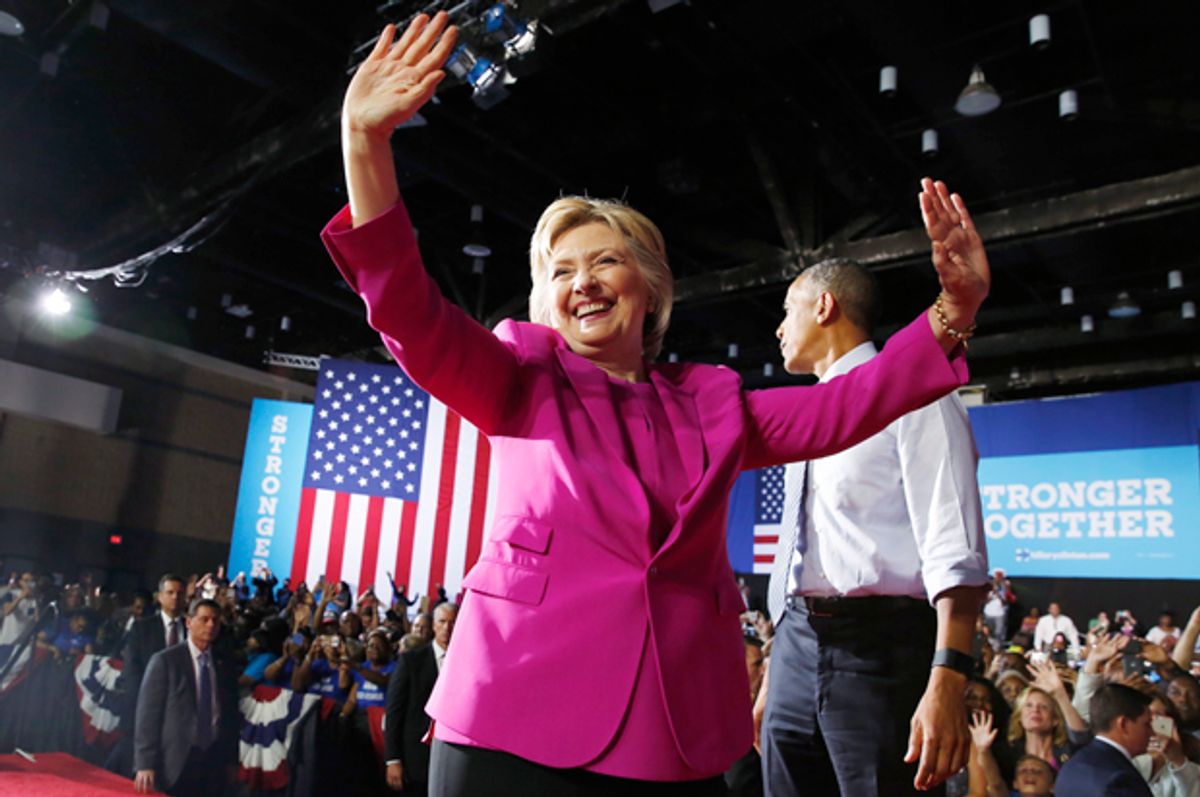 Watching Hillary Clinton’s rise to presidential nominee has been inspiring. But as I stop to consider how groundbreaking this moment is, I realize how far we still have to go. Recently, at an Alphabet shareholders meeting, one investor addressed Ruth Porat as the “Lady CFO,” causing a massive social media backlash and the creation of “Lady Day.” The response was humorous, but the incident is a reminder that gender equity continues to plague the private sector. According to Google’s own diversity statistics, women make up only 30% of its workforce and only 22% of its leadership. Those numbers certainly rang true to my own experiences in the tech world. After earning my PhD in Computer Science, working at the NSA, protecting online accounts at eBay, and launching my own cyber security company, I am very, very familiar with what it feels like to be the only woman in the room.

Gender disparities in the workplace continue even though women played an important role in the public and private sectors long before entering a boardroom or a polling place. Four years before women won the right to vote, Jeanette Rankin became the first woman to serve in Congress. The first computer programmer wasn’t Alan Turing or Steve Jobs; it was Ada Lovelace, whose plans, written in 1840 when she was just seventeen, helped build the first electronic computer over a century later. Lovelace was an accomplished mathematician before Oxford, Cambridge, Harvard, or Yale accepted female students.

More recent trailblazers like Carol Mosley Braun and Ursula Burns continue this legacy, boldly breaking down barriers and moving beyond expectations. Braun is the only African-American woman elected to the Senate and the first woman to serve on its powerful Finance Committee. Burns, the CEO of Xerox, joined the company in 1980 as an intern and worked there for her entire career, rising steadily through the ranks. Raised by a single mother in New York City’s housing projects, Burns earned a Masters degree from Columbia University and became the first African-American woman to lead an S&P 500 company.

Women have made steady and meaningful strides towards equality but mostly in single increments: one African-American woman in the Senate, one Latina on the Supreme Court, one woman backed by a major party running for president. There hasn’t been an African-American woman in the Senate since Carol Mosely Braun left in 1999. When Ursula Burns retires later this year, the S&P 500 won’t list a single company run by an African-American woman. Though women’s presence in the workforce has grown steadily, peaking at 60% in 1999, women hold only 4%of the CEO positions in S&P 500 companies, and make up only 20% of Congress.

With the media abuzz with speculation about Elizabeth Warren as Clinton’s running mate, it’s notable (and depressing) that the conversation begins and ends with the perceived problem of having two women on the ticket. One woman is a historic first, two women, it seems, is a disaster.

On a similar — and somewhat lighter — note, the brouhaha over the new Ghostbusters movie can be likened to what may be happening in politics.  For years we’ve had a team of four male paranormal investigators/exterminators, in addition to hundreds of all male teams of super heroes. Yet when the new team is conceived of as four women, many fans who haven’t seen the movie are already panning it.  Seriously?  We know we’ve hit a nerve now!

Real transformation won’t come down to firsts. First female CEO, first woman president, first congresswoman: one woman doesn’t mean we’ve had a revolution. Those singular women – Carol Mosley Braun or Ursula Burns – are inspirations, but they aren’t the end. We need to take those singular examples and make them the norm. We need to re-engineer our systems so the same institutional biases don’t continue to stop women and people of color from succeeding. Instead of focusing on one corporation or one election cycle, let’s focus on changing the very systems that promote and protect bias. From the public to the private sector, from hiring to elections, we have to keep the conversation open and to continue to rethink our approach. One is not enough.

Laura Mather, PhD, is the founder and CEO of Unitive, a technology platform that reimagines the 21st century hiring process and disrupts the unconscious bias holding women and people of color back. She is a featured speaker at Techonomy, National Center for Women in Technology Summit, Fortune's Most Powerful Women Next Gen Summit, and HR West, among others. Follow her on Twitter @WeAreUnitive.