"By the way," Scarborough said, "there are a lot of lead stories today" 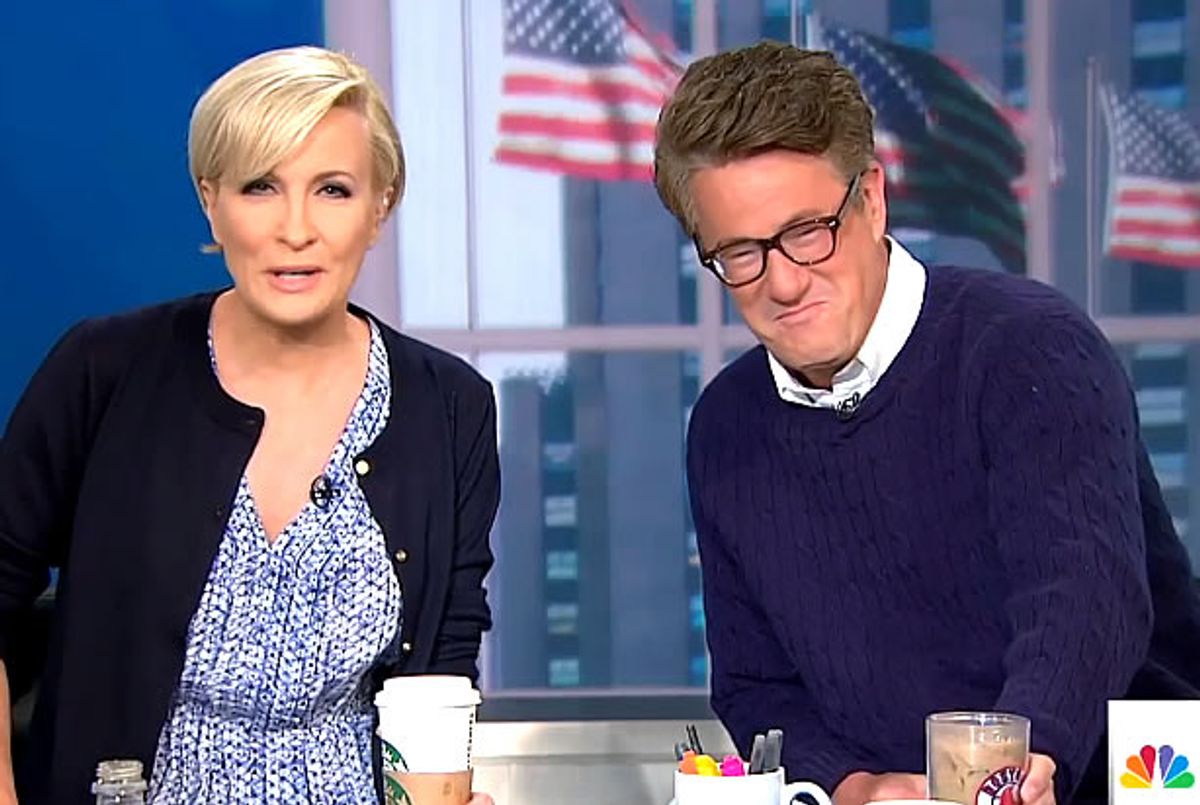 Page Six is reporting that "Morning Joe" co-hosts Joe Scarborough and Mika Brzezinski have been romantically involved for quite some time, and this is the reason that Brzezinski quietly divorced her husband of 23 years, WABC Eyewitness New reporter James Hoffer.

According to an "NBC insider" Page Six spoke to, "[e]verbody at 30 Rock knows they are a couple. They are constantly together, they arrive and leave events together, even on weekends. They are each other’s publicists and finish each other’s sentences. It’s the worst-kept secret in TV."

An MSNBC spokesman confirmed Brzezinski's divorce, but declined to comment on the extent of her relationship with Scarborough.

The two acknowledged the Page Six report at the beginning of "Morning Joe" on Thursday, with Brzezinski wondering whether she can "get to the lead stories," but Scarborough was intent on having a little fun.

"By the way, there are a lot of lead stories today," he said, prompting laughter from all corners of their MSNBC set.

"I will finish your sentence," Brzezinski said, alluding to the Page Six report, "and start with politics."

Watch Scarborough and Brzezinski make light of the report at the opening of "Morning Joe" below via MSNBC.