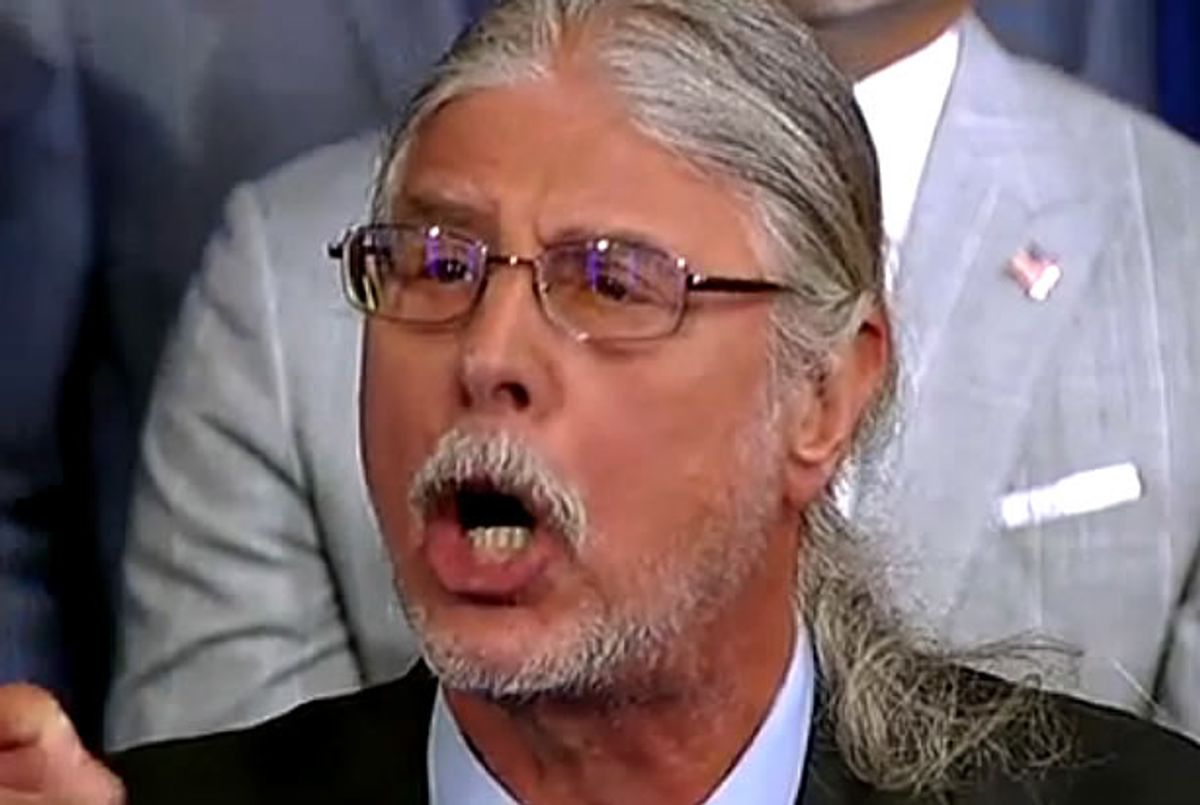 On Wednesday night's edition of "The Kelly File," host Megyn Kelly previewed a panel she hosted consisting of terror victims, first responders, anti-war protesters, and members of the military. Not surprisingly, the panel quickly became heated after an anti-war protester insisted that the root cause of terror could be American military intervention overseas.

"We have to come up with ways of [fighting terror] that does not directly involve killing more people of having more wars," the protester said. "I know, 'crazy liberal idea'!"

"I have to let a veteran respond to that," Kelly said, and respond one did: "The problem is that ISIS popped up when we stopped killing bad people in the area, so you can go love them and stick your head in the sand, but when they come back here to kill you, I'll be here to back you up."

Kelly immediately understood that that line of conversation wouldn't be a productive one, so shifted to defending those who condemn radical Islam. "We shouldn't give the impression that those who condemn radical Islam are condemning Islam," she said. "That seems to be a false choice others impose -- why can't you have both ideas in your head, that Islam is a peace-loving religion, but that it can be corrupted where it's political, radical, and dangerous?"

An angry Tea Party member replied that the real problem is that President Barack Obama refuses to "call out" radical Islam by referring to it as "radical Islam."

"How can you fight something when you can't call it by its name?" she asked, apparently unaware that it's possible to fight something without even knowing it's name, as anyone who's ever used Round-Up on weeds knows, a group which does not include the next speaker.

She claimed that the real blame for terrorism was "political correctness," which prevented information about the Orlando shooter Omar Mateen's possible affiliation with ISIS from becoming public -- which, of course, is an altogether ludicrous claim, as that information was available before the full scope of his crimes was even apparent and organizations were reporting only 20 dead on the scene.