Clinton wrong on student debt: Her new plan shows she learned nothing from the primary 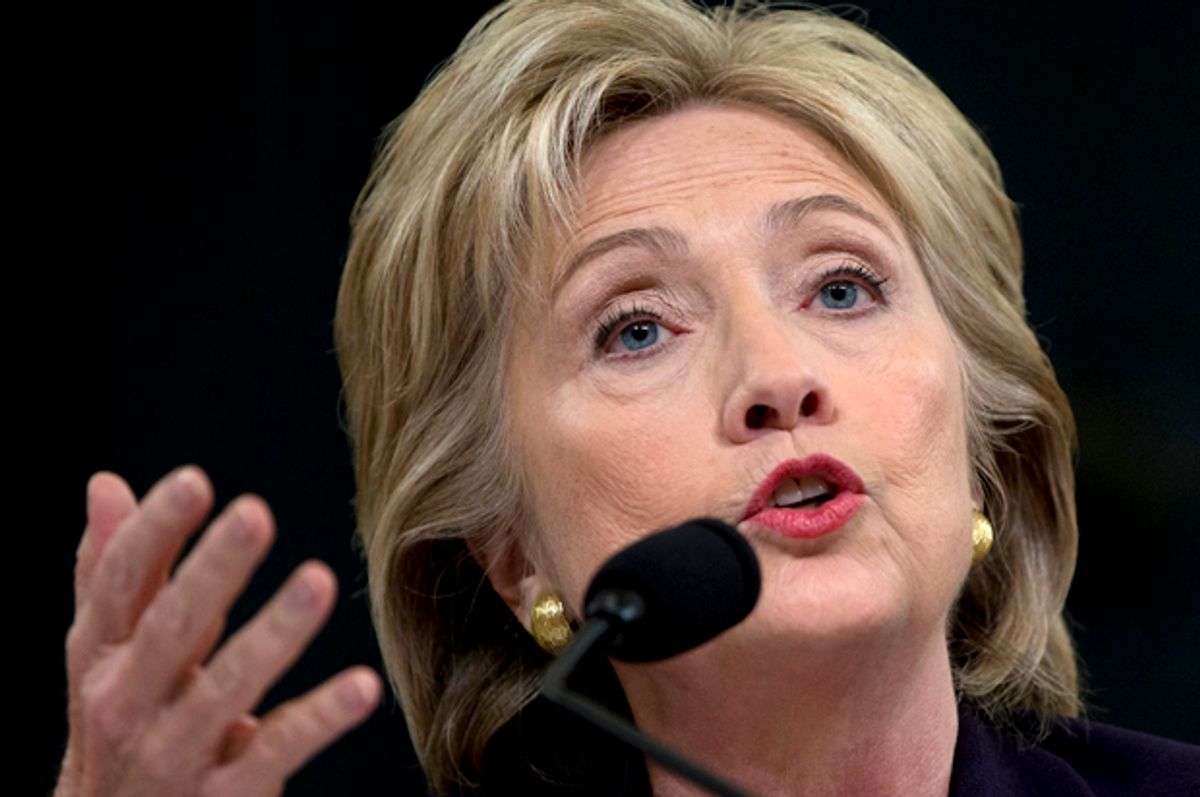 Looking past the election, one question for Democrats is how they’re going to try to turn Bernie Sanders voters into reliable votes for years to come, as evidenced by this vulturous piece in Politico from April. If they’re looking for an issue to do just that, they need look no further than student loan debt: the Sanders campaign’s base was 18- to 29-year-olds, and 42 percent of all 18- to 29-year-olds report having debt, according to a Harvard poll. (The same poll found that 62 percent of Democrats and 57 percent of Republicans polled said student loan debt is a “major problem.”)

During the primary, Hillary Clinton previously introduced the “New College Compact” to counter the Sanders campaign’s free college tuition plan. "I disagree with free college for everybody,” Clinton said during one debate. “I don’t think taxpayers should be paying to send Donald Trump’s kids to college.” Instead, Clinton would later say, “Students need to have some skin in the game.”

This week, Clinton unveiled another initiative to both alleviate the student loan burden and increase the number of young entrepreneurs, and fell horribly flat. Clinton had a prime opportunity, after defeating Sanders, to aggressively tackle the burden of student debt; Instead, her campaign showed that it learned absolutely nothing from a primary where a former Secretary of State was almost upended by a 74-year-old socialist with virtually no ties to the party’s power brokers.

Her plan would, for instance, allow would-be entrepreneurs to defer their student loans interest free for up to three years as they launch their businesses. Business owners who locate in “distressed communities” or start a social enterprise also could ask the government to forgive as much as $17,500 in loans after five years in business.

The goal of this part of the plan is to encourage millennials to start businesses. Entrepreneurship among young Americans has fallen drastically, and student debt is often cited as one of the greatest obstacles to starting up.

Deferments and partial loan forgiveness sound like an improvement in theory, but there are several problems. First, starting a business is estimated to cost $30,000, meaning that it’s likely someone in search of loan relief will have to go into debt just to get their new business going. Secondly, the Small Business Administration also estimates “about half” of small businesses survive at least five years, which means there’s just a 50 percent chance of even beginning to see the real benefit of the plan.

Third, starting businesses in “distressed communities” is a recipe for exacerbating gentrification. An influx of young suburbanites pushing poor residents, mostly people of color, out of a working-class community has been a problem all over the country for years; giving an incentive to recent college graduates to do more of that is bound to have a negative impact on the lives of people who already live there.

This all assumes, of course, that the plan would work exactly as intended. Given the aforementioned realities of entrepreneurship  — just half of small businesses are still standing after five years, starting one costs tens of thousands of dollars — how many people are actually going to be encouraged to start one? Neither kicking their ridiculously expensive can down the road for a few years, nor the remote possibility that they might get some loan relief (if they haven’t been bankrupted or burned out by their business after half a decade) seems like a good reason, even as a supplemental one, to start a business.

It’s clear where this kind of thinking comes from: During the primary, a key Clinton argument against Sanders was that he’s too “pure” to do any of the dealmaking with Republicans that’ll be required of the next president, and it’s true that free tuition at public universities won’t get anywhere soon in a Congress full of Republicans and Third Way Democrats. But if Clinton’s position on negotiating some sort of relief plan starts out with such questionable benefits for a small portion of young people, what does a compromise with Republicans look like? $5,000 in loan forgiveness after 10 years? A one-year deferment instead of three years?

And that’s where the problem with this sort of incrementalism, exemplified by the Clinton deferment plan, lies: it’s such a tiny change that you’re not sure if it’s moving forward or backward, and after it gets put through the ringer in Congress — assuming it even gets to that stage — what net benefit young people stood to gain will be even smaller. Instead of a broad plan to relieve student loan debt, or even a proposal to cut interest rates on federal loans, Clinton wants to tackle a symptom — millennials aren’t starting businesses — of the problem: they don’t have any money.

Sanders supporters are begrudgingly starting to support Clinton as the general election gets closer, as the fact that Donald Trump is actually the Republican nominee and could conceivably be the next president begins to hit us all. But if Clinton and the Democrats want to bring Sanders voters into the fold for good, they’ll have to do better than nonsense like this, where it’s not clear whether or not the sole intention is either an exercise in Third Way regurgitation or making the Democratic Party and technocrats feel good about themselves. If they don’t, the energy of young people that Sanders tapped into during this campaign will either go to waste or find a home elsewhere.