It's "political sleight-of-hand": For their next trick, Republican magicians will make your federal land disappear

When federal land becomes state land, it can be bought and sold to the profit of small-government billionaires 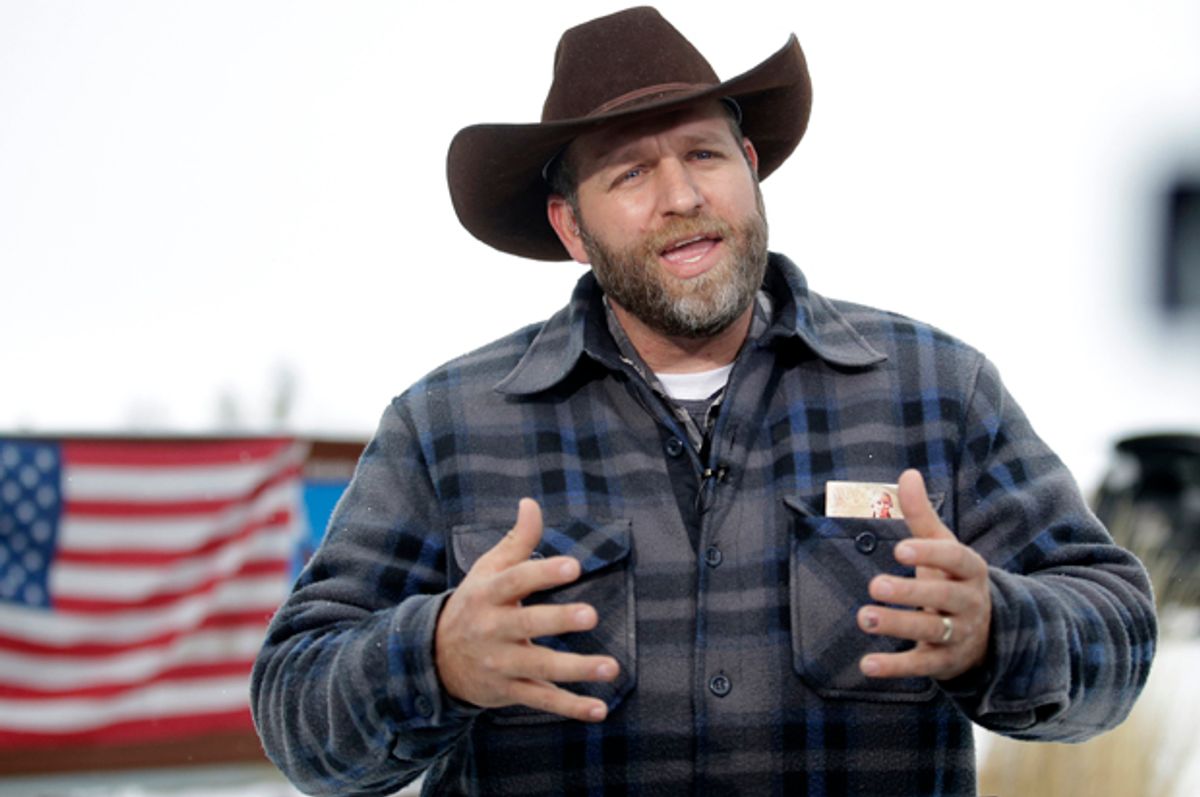 Earlier this year, a group of right-wing extremists, led by the infamous Bundy family of Nevada, took over the Malheur National Wildlife Refuge for 41 days before the FBI and state police were finally able to apprehend them. The occupiers have slowly been revealed to the nation for what they are: a cluster of conspiracy theorists who can barely articulate a coherent opinion, much less an intelligible ideology.

But looking past this group of yahoos, with their guns and their handles of Wild Turkey, one finds a much more sinister and powerful effort to sell off huge swaths of public land to private interests looking to exploit the land's resources for profit.

“A couple of years ago, we started seeing legislation popping up in state legislatures," John Sterling of the Conservation Alliance explained, "asking federal governments to transfer federal lands to the state.”

These bills, invariably introduced and supported by Republicans, are wrapped up in a "small government" ideology, the same kind that the Bundys were spouting when they commandeered the wildlife refuge. The rhetoric appeals to "a vocal group of people who don’t want the federal government doing anything," Sterling explained, and so are easily lured into the idea that the federal government's control of these lands is somehow a violation of "states rights."

But, as conservation experts understand, there's a multitude of reasons that this land is better held by the federal government than state governments. "I can go to any state with federal lands and a) have public access and b) predict how those lands are managed," Sterling explained.

"All Americans have the right to experience and enjoy" federally managed lands, Tania Lown-Hecht of the Outdoor Alliance added. By contrast, "state lands are not public, and are governed by different rules than federal public lands. You don’t have a right to be on state lands, or the same rights as to how they are managed and sold."

But the most important reason of all is money.

"States are also required to balance their budgets -- meaning if they have a budget crisis (say, due to wildfires), they would be forced to sell off formerly public lands to balance the budget," Lown-Hecht explained.

And it's this possibility — that states which have gained ownership over this land will eventually sell it to raise money — that is driving this entire campaign. Pulling back the curtain, one finds that the movement to transfer federal lands to state ownership is being funded and driven by conservative business groups that want that land to be turned over to corporate interests to be exploited for profit, even if doing so destroys the environment.

"The politicians and corporations pushing this agenda are doing it under the false pretenses of states rights," Brad Brooks of the Wilderness Society argued, "knowing states can never afford to manage the land, and that states can sell off their lands, unlike public lands."

It's "political sleight-of-hand," he continued. First, get the lands out of federal hands into state hands. Then, wait for the inevitable state budget crisis. Then, buy the resource-rich land, turning it from a beautiful, publicly accessible slice of nature into a resource extraction site.

"Idaho has sold or traded 41 percent of the land it was granted at statehood," Brooks continued. "Nevada has sold off 99 percent of its original state land holdings. In total, Western states have sold 31 million acres of state lands that were given to them at statehood, an area roughly equivalent in size to the state of Louisiana."

The shadiness extends right down to the methods Republicans are using to try to sneak these lands away from their rightful owners, the American people. The original text of PROMESA, a bill to help Puerto Rico restructure its debt and prevent economic collapse, had a provision that would transfer the gorgeous Vieques National Wildlife Refuge to Puerto Rico's ownership, with a clear eye toward forcing the commonwealth to sell this land off to corporate interests.

Luckily, an outcry from environmentalists and the Hispanic Federation forced Republicans to take this provision out before it was passed this week, protecting the various flora and fauna, including many species of endangered turtles, from destruction at the hands of short-sighted profit seekers. It also helps protect Puerto Rico's economy, as the refuge is a popular tourist destination.

The land heist, which is being masterminded by the American Lands Council as well as Koch brothers-funded groups like American Legislative Exchange Council (ALEC) and Americans for Prosperity, has two basic fronts: 1) Lobby Republicans to pass bills, often written directly by ALEC, that make the corporate land grab possible, 2) Propagandize to the public about how their rights are supposedly being violated by having publicly accessible land that is owned by the American people.

The lobbying efforts are fairly straightforward. Here, for instance, is a photo of AFP staffers visiting Alaska Rep. Don Young's office on June 10. A few days later, Young, who gets hefty amounts of campaign funding from oil/gas and fishery interests, kickstarted his efforts to pass a bill to transfer 2 million acres of national forests from federal to state hands, where it can then be sold off to corporate interests.

The amount of sleaze and dishonesty in the propaganda effort is truly stunning. Witness, for instance, this excerpt from an AFP brochure on federal land management, which a wonderland of doublespeak.

This is the kind of propaganda that snakes its way down to people like the Bundys and their supporters, convincing them that the existence of national forests is somehow hurting them.

But nearly every word in that paragraph is a lie. The land is already owned by We the People, and AFP is agitating to take it from us and sell it off to private interests. And it is not sitting idle or inaccessible. National forests and other lands are used for hiking, camping, rafting, fishing or just sitting in to enjoy the bounty of nature. By "inactive," they obviously mean that the land is not being strip-mined for corporate profit, but it's a small mind that thinks that the only value nature can provide is squeezing every penny you can get out of it.

But just in case you're a person who cares little for nature and can only think in dollars and cents, the conservationists I spoke with were quick to point out there's real money to be made in letting nature survive relatively unmolested.

"Outdoor recreation produces $646 billion for the economy every year, and relies on access to public lands," Lown-Hecht explained.

"Not a lot of people are getting rich, but it creates jobs that are sustainable," he added. In an effort to bolster profits for oil, gas and timber companies, Republicans are threatening the bottom lines of smaller companies that sell everything from mountain bikes to fishing gear.

But really, the main reason to oppose these efforts isn't about money at all, but about living in a country that puts a value on things more enriching and permanent than quarterly profit margins.

"Our ancestors had amazing vision about protecting some of the most beautiful and iconic places in this country for everyone to enjoy," Lown-Hecht argued. "If we decide now that we should sell these places off to the privileged few or to developers to make a quick dollar, these decisions aren't reversible and all of us lose access and ownership of the places forever."

"Public lands provide the opportunity for all Americans, regardless of wealth and social status, access to incredible forests, deserts, rivers and mountains to hike, hunt, fish, climb and camp," agreed Brooks. "Public lands create opportunities for everyone, not just the wealthy elite.

"The land grabbers are trying to take the land away from you and give it to state and private entities. Where I come from that's called stealing," Brooks added.