The convention's invention: Freemasons and the mysterious dawn of a political instituion

The political convention as we now know it has its roots in a little-known, now-extinct party from Upstate New York 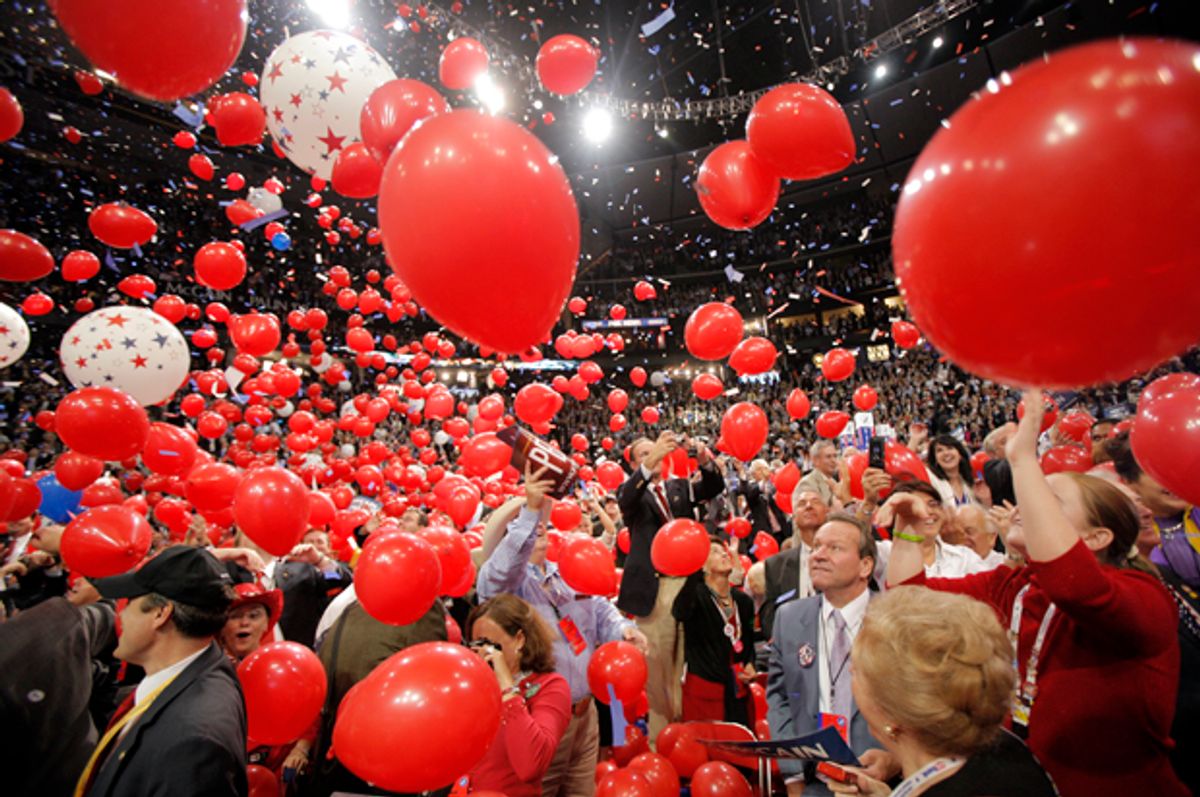 The presidential nominating convention, that quadrennial blend of circus and speechfest, was originated not by the two major parties, but by a little-known and short-lived group who called themselves the Anti-Masons. How did this band of zealots come to found a national institution? The story revolves around a mystery.

In 1826, the Erie Canal corridor across New York state was bringing raging prosperity and not a little anxiety to a land that had recently been a frontier. The patriotic New England Yankees who settled the region were ultra-sensitive to intimations that the American Republic was losing its bearings.

In September of that year, Freemasons along the canal abducted a man named William Morgan. A disgruntled Mason himself, Morgan had written a book exposing Masonic secrets. He imagined a bestseller. Alarmed local Masons took the law into their own hands. They imprisoned Morgan in a disused fort on the Niagara River. A few days later, he disappeared. His fate remains unknown to this day.

It took a public outcry to move the authorities to apprehend Morgan’s abductors and probable killers. Most local magistrates, judges and sheriffs were themselves Masons. Masonic witnesses stonewalled the courts. Those convicted received trivial sentences. Outrage along the canal corridor grew.

Speakers at public meetings suddenly saw Freemasonry as an insidious conspiracy to replace government by the people with an aristocracy. The brotherhood was indeed top-heavy with citizens of means, although there were plenty of working-class members like Morgan himself. It was equally true that many prominent politicians, including New York Governor DeWitt Clinton, the canal’s champion, were Masons. But the notion of a Freemason plot was purely a product of the anxiety that rapid change was bringing to the newly opened lands west of the Appalachians.

The movement gained energy from the settlers’ enthusiasm for militant Christianity. An Anti-Masonic minister declared Freemasonry to be the “darkest and deepest plot that ever was formed in this wicked world against the true God, the true religion.”

Women had long resented husbands who devoted their time to lodge meetings, where liberal drinking was the rule. They helped energize a movement that quickly became a political groundswell. “Reason and religion equally demand [Freemasonry’s] overthrow,” one group of ladies proclaimed.

By 1831, the Anti-Masons had formed a political party and were ready to run a candidate for president. The question was how to choose a standard-bearer. The Constitution had made no provision for the selection of candidates, so parties were free to make up their own rules.

Beginning in 1800, the Congressional caucus of each party met to make the choice. This system was already outdated by the 1830s, and anyway the Anti-Masons had no members in Congress to form a caucus. Having built their movement through public meetings and state conventions, they quite naturally turned to the same means for choosing a candidate.

Not wasting any time, national delegates met more than a year before the election. The first ever presidential nominating convention opened in Baltimore in September 1831. The party selected William Wirt, a respected former attorney general (and a former Mason), to represent them in 1832. They also originated the formal political platform. Their statement of principles included an endorsement of public works spending, support for temperance, and insistence on the suppression of secret societies.

Members of the ailing National Republican party followed suit with their own conclave in December, tapping Henry Clay as their candidate. Although President Andrew Jackson was certain to be selected to run for a second term, the Democrats saw that the other parties had profited from the publicity and morale boost of a national meeting. The Dems held their first convention in March 1832.

William Wirt won only a single state, Vermont. He may have taken some votes from Clay, but it really didn’t matter–Jackson won handily. As more and more Masonic lodges closed their doors, the Anti-Masons suffered from their own success. The hyperbole that had fueled their anger began to ring hollow. Prominent party members, including political heavyweight William Seward, steered them toward other concerns, including the abolition of slavery.

By 1836, the Anti-Masons had become a powerful faction of the Whig Party, whose members joined with anti-slavery Democrats twenty years later to found the new Republican Party. In the contentious nominating convention of 1860, Seward lost out to an Illinois lawyer named Abraham Lincoln. The Anti-Masons disappeared; the convention proved a robust institution.

Jack Kelly is the author of "The Edge of Anarchy: The Railroad Barons, the Gilded Age, and the Greatest Labor Uprising in America" (St. Martin's Press).