The NME has released a strong list of 50, heavy on classic rock. Here are a few more you can't live without 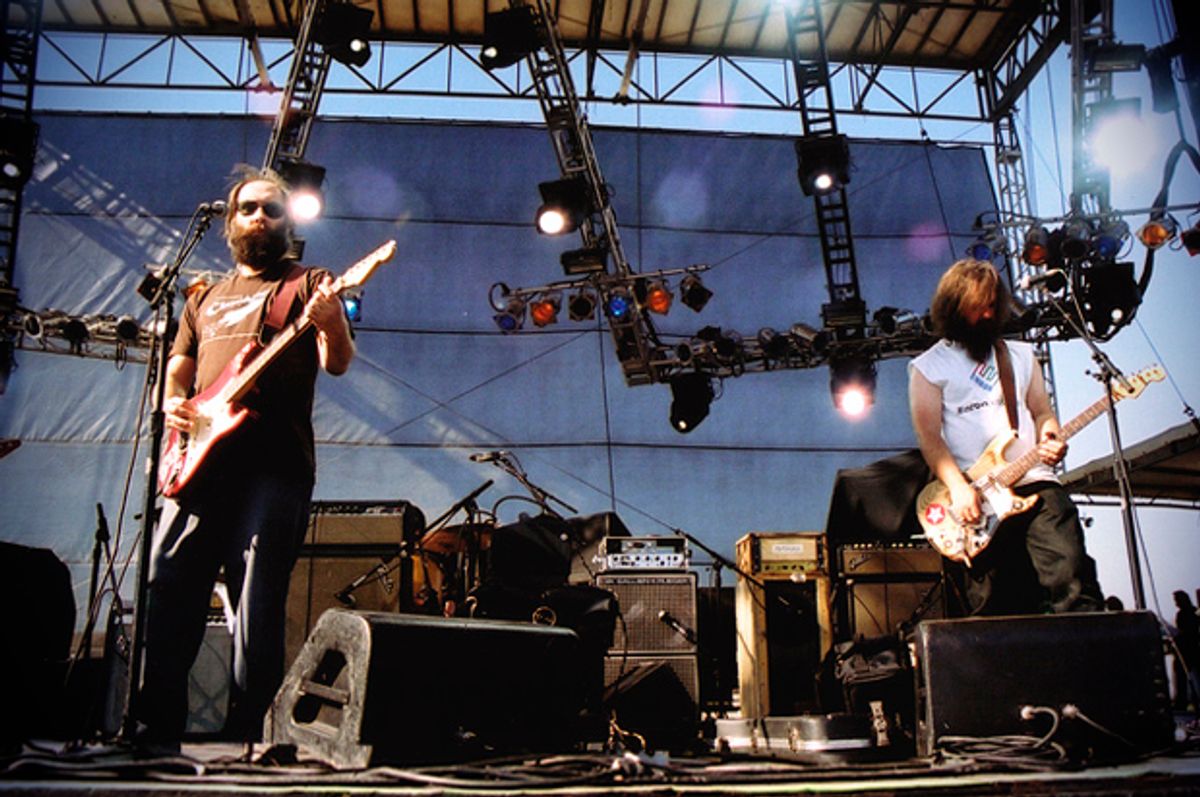 Even after the Brexit vote, Great Britain’s NME retains much of its status as a sterling guide to rock music. (Of course, we’ve yet to see how British rock music stands up to the touring difficulties likely to arrive after the divorce is complete.) The magazine’s new list of the 50 best live albums is a good one, covering recordings by Wilco (“Kicking Television: Live in Chicago”), The Band and friends (“The Last Waltz”), Talking Heads (“Stop Making Sense”), Joni Mitchell (“Miles of Aisles”), and Belle & Sebastian (“If You’re Feeling Sinister: Live at the Barbican”).

Even with a good batch of 50, the list has some holes. I’ll overlook, for instance, the omission of the entire genre of jazz: It’s fine if the NME wants to include only musicians from the greater rock world, but it’s sad not to see recordings by artists like Charles Mingus, John Coltrane, or Thelonious Monk here.

And the proportion of classic rock artists compared to indie and alternative musicians is surprising given the way the NME’s taste tends to lean. But the live album was in a lot of ways a classic-rock artifact: Bands that came after often did not record them, they didn’t sell particularly well when they did, and even if you prefer the Smiths to the Who, it’s hard to argue that “Rank” is better than “Live at Leeds.” (There are, of course, exceptions, like Nirvana’s sublime “Unplugged in New York,” which tops the list.)

Here are a few that belong here. I’m leaving off Dylan’s Manchester 1966 concert on the assumption that anyone who’s reading this has it. (But if I’m wrong, walk don’t run.)

The NME includes the New York group’s “Live at Max’s Kansas City,” which is a good, hard-rocking album recorded at the clubhouse of the Warhol crowd. It’s also one of the band’s very last live shows.

But for the graceful, crafted side of VU – the side that’s overlooked when we describe the group as radical, violently transgressive outlaws – check out this one. It includes drummer Mo Tucker, who sat out the Max’s set because she was pregnant.

Much of these Dallas and San Francisco dates show a more gentle and melodic side of the band, with extra verses and bridges in some songs (“Sweet Jane,” “Lisa Says”) and a few numbers not recorded on any of their studio albums (“Over You,” “Sweet Bonnie Brown.”) And the version of “What Goes On” absolutely rocks.

Otis Redding, “In Person at the Whisky a Go Go”

For a long time, “Otis Live in Europe” was considered the great Redding Live album and maybe the great live soul record. It’s got Booker T and the MGs backing Redding, and it’s a powerful, emotionally open-hearted concert no matter how you slice it.

But Redding’s 1966 show at the Whisky – which opens with “I Can’t Turn you Loose” and concludes with “Respect” – wins out by a slight margin. It’s a more intimate performance – and the recording is significantly better than the muffled European album. Anyone who likes this should find Sam Cook’s “Live at the Harlem Square Club” as well. (Anyone who doesn’t like this clearly does not like soul music.)

The Dylanesque country-folk musician could write and sing dark, dejected songs better than just about anyone. Many would pick “Live at the Old Quarter, Houston, Texas” as his best album, and its two discs include memorable solo-acoustic performances and some wonderfully rambling banter.

But a lesser-known recording, “Rear View Mirror,” is my pick for best Van Zandt album, live or otherwise. It includes some of his finest songs – “Pancho and Lefty,” “For the Sake of the Song,” “To Live’s to Fly,” “Tecumseh Valley” – with lovely fingerpicking by the singer along with a second guitar and fiddle to provide counterpoint. The sad beauty of these songs has rarely been drawn out so perfectly.

With all the worthy artists to choose from, the NME’s editors probably did not want to include any musician twice. It’s a good policy, generally, but Brown was such a titan, especially live, that it’s hard to keep him to just one. The NME list includes the original, 1962 “Live at the Apollo,” which is a masterpiece. It may be the best live album, in any genre, ever.

But nearly as good is the sequel, recorded in 1967 with the Famous Flames and released the following year. It now exists as a two-CD album that includes a wistful “I Wanna Be Around,” a stretched-out “It’s a Man’s Man’s Man’s World,” a few early hits like “Try Me,” a heartbreaking “Prisoner of Love,” and a version of “That’s Life” that even better than Sinatra’s.

With the shortage of great live albums from indie bands, it makes sense that the real standout is one by a group that captures some of the grandeur of classic rock while avoiding its clichés. Built to Spill, which draws from bits of prog-rock and hasn’t given up on the idea of the guitar hero, released an almost perfect live album here: Beautifully recorded, played with enormous energy, it’s also a bit eccentric. Rather than tell the whole story of the band, it includes only nine songs, three by other artists (Love as Laughter, Neil Young, and the Doug Martsch-associated Halo Benders.)

The album ends with a nineteen-minute version of “Broken Chairs,” one of the group’s great showcases for both melancholy and force. But it’s the 20-minute version of Neil’s “Cortez the Killer,” which build and builds, that may be the best thing Built to Spill has ever recorded.