WATCH: "Morning Joe" panel loses it listening to Trump try to explain away anti-Semitic tweet with talk of "plain stars" and "basic stars" 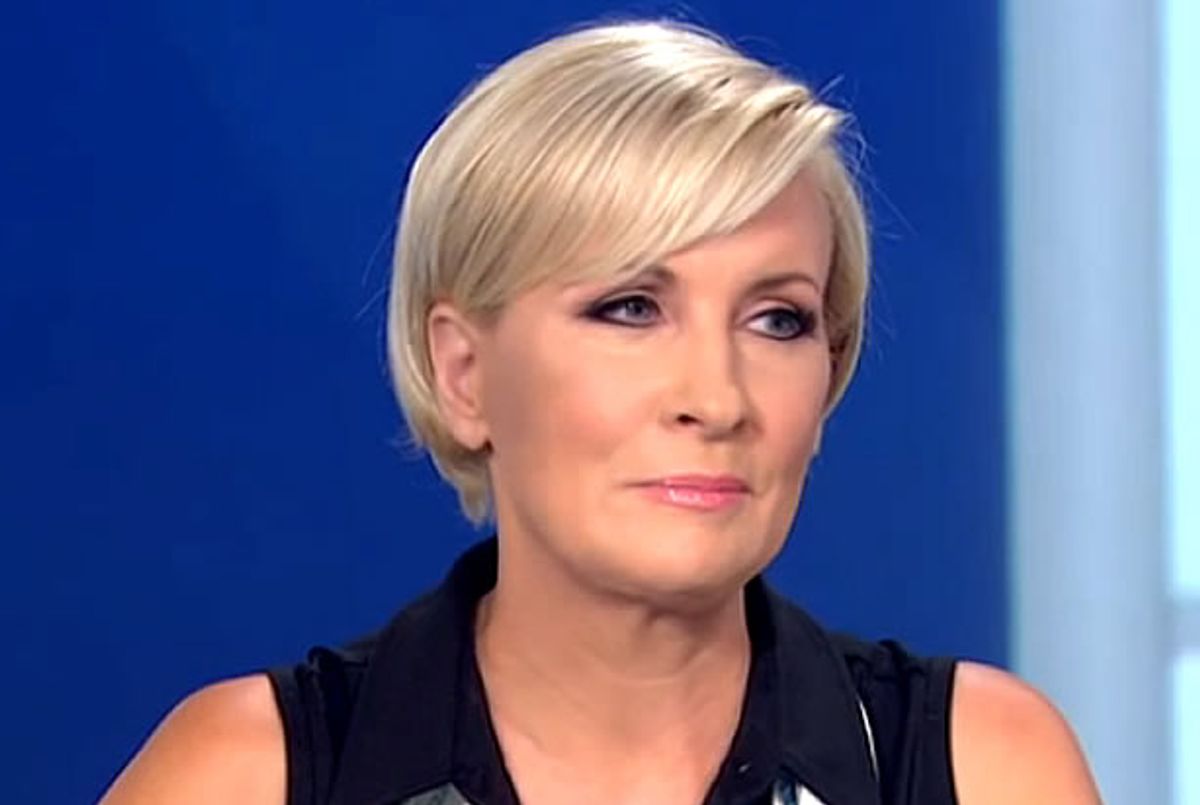 Trump deleted the original tweet, which featured a Star of David, and replaced it with this one:

He later explained himself:

The "UNKNOWN LAUGHTER" continued while Brzezinski read Trump's response to Hillary Clinton's criticism of the tweet, in which he said that "these false attacks by Clinton trying to link the Star of David with a basic star, often used by sheriffs who deal with criminals and criminal behavior, showing an inscription that says 'Crooked Hillary is the most corrupt candidate ever' with anti-Semitism is ridiculous."

She continued, offering Trump's social media advisor Dan Scavino's excuse, which was that "[t]he sheriff's badge -- which is available under Microsoft's 'shapes' -- fit with the theme of corrupt Hillary and that is why I selected it." When Brzezinski put up a screen-shot of Microsoft's shapes that identifies this one as a "6-point star," one of the panelists can be heard thumping a table trying to control himself.