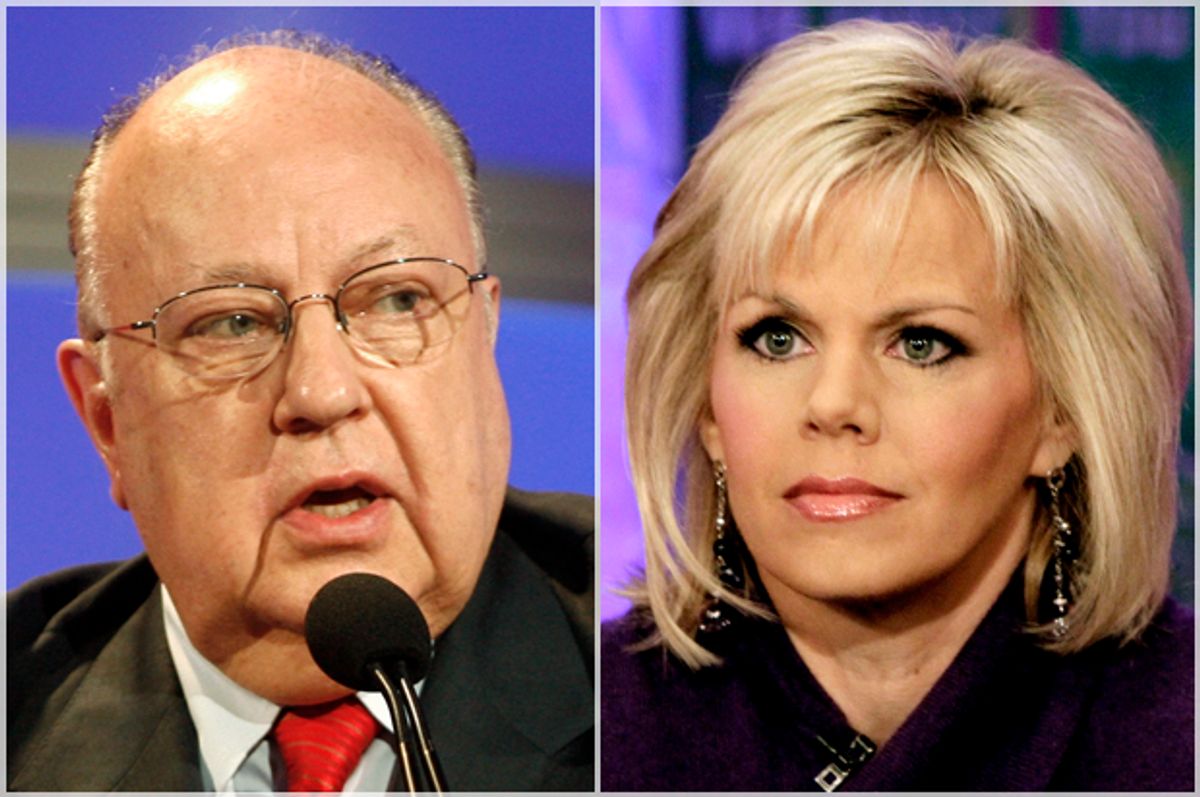 Longtime Fox News anchor Gretchen Carlson is making bombshell allegations against the cable news giant, revealing that she is no longer with the network and filing a lawsuit alleging that she was ousted in retaliation for rejecting Fox News head Roger Ailes' sexual advances.

Carlson, who had spent 11 years at Fox News, alleges that Ailes "retaliated against her and derailed her career" when she complained of sexual harassment from the 76-year-old CEO of the network and at least one male colleague at Fox News.

"We believe that the evidence will confirm that Gretchen was fired from ‘Fox & Friends’ for speaking up about demeaning and discriminatory behavior on and off the set,” Carlson's lawyer, Nancy Erika Smith, said in a statement.

In the lawsuit, filed Wednesday in New Jersey's Superior Court in Bergen County, where Ailes lives, Carlson alleged that Ailes began "ostracizing, marginalizing, and shunning" her when she refused to have a sexual relationship with him and complained of her treatment by Ailes and former "Fox & Friends" co-host Steve Doocy. The eight-page lawsuit alleges that Ailes violated the New York City Human Rights Law.

When Carlson met with Ailes to discuss the discriminatory treatment to which she was being subjected, Ailes allegedly stated, "I think you and I should have had a sexual relationship a long time ago and then you'd be good and better and I'd be good and better," according to the complaint, adding that "sometimes problems are easier to solve" that way.

Carlson, 50, confirmed that she had been booted from her "Real Story" hosting gig on Twitter and Facebook on Wednesday:

Carlson, who most recently made national headlines for shockingly speaking out against Fox News orthodoxy and vocalizing her support for a ban on assault rifles, has frequently found opportunities to go against the Fox News grain throughout her career. In 2013, Carlson admitted that "pants were not allowed on Fox & Friends," the morning show she co-hosted with two male co-hosts from 2006 until 2013.

“I have strived to empower women and girls throughout my entire career,” Carlson said in a statement provided by her law firm. “Although this was a difficult step to take, I had to stand up for myself and speak out for all women and the next generation of women in the workplace.  I am extremely proud of my accomplishments at Fox News and for keeping our loyal viewers engaged and informed on events and news topics of the day.”

Carlson's lawyers indicated that they plan to call other past or current Fox News employees to testify to Ailes' behavior.

"The law is very clear that other victims' testimony is relevant in a sexual harassment case," Smith told CNN. "We may be asking these other women to testify."

A spokesperson for 21st Century Fox released the following statement Wednesday afternoon, according to Politico:

Gretchen Carlson’s allegations are false. This is a retaliatory suit for the network’s decision not to renew her contract, which was due to the fact that her disappointingly low ratings were dragging down the afternoon lineup. When Fox News did not commence any negotiations to renew her contract, Ms. Carlson became aware that her career with the network was likely over and conveniently began to pursue a lawsuit. Ironically, FOX News provided her with more on-air opportunities over her 11 year tenure than any other employer in the industry, for which she thanked me in her recent book. This defamatory lawsuit is not only offensive, it is wholly without merit and will be defended vigorously.

Read more about the long history of sexual harassment allegations made against Fox News and Roger Ailes, via Media Matters, here.