By Michael Garofalo (with the Associated Press) 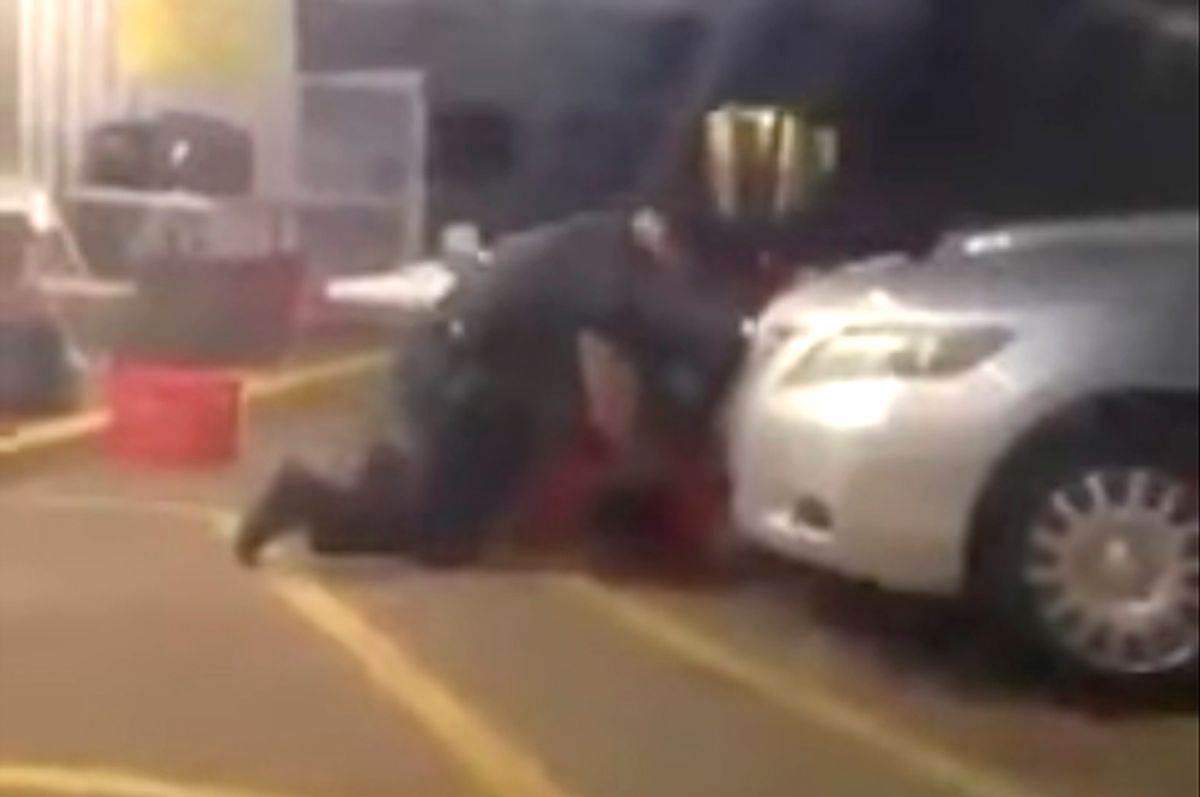 Video still of Alton Sterling, moments before being shot by a police officer. (CNN)
--

The death of 37-year-old Alton Sterling, who was shot by a Louisiana police officer during a confrontation outside a Baton Rouge convenience store early Tuesday morning, has sparked protests and prompted responses from law enforcement and government officials, AP reports.

Cpl. L'Jean McKneely said officers responded to the store about 12:35 a.m. Tuesday after an anonymous caller indicated a man selling music CDs and wearing a red shirt threatened him with a gun.

McKneely says two officers responded and had some type of altercation with the man and one officer fatally shot the suspect. He says both officers have been placed on administrative leave, which is standard department policy.

Protests were prompted by a cell phone video showing the moments leading up to Sterling's death. Body cameras worn by the responding police officers reportedly fell off during the altercation and did not capture the moment of the shooting.

Louisiana Gov. John Bel Edwards told reporters Wednesday that the U.S. Department of Justice would lead an investigation of the shooting. He called the cell phone video of the shooting "disturbing, to say the least."

The governor said he understood that protesters were angry over the shooting and called for calm.

The Justice Department confirmed in a statement that a civil rights investigation into Sterling's death has been opened.


Michael Garofalo (with the Associated Press)

MORE FROM Michael Garofalo (with the Associated Press)