The digital media age is all about the past: "The Internet is not an extension of television" 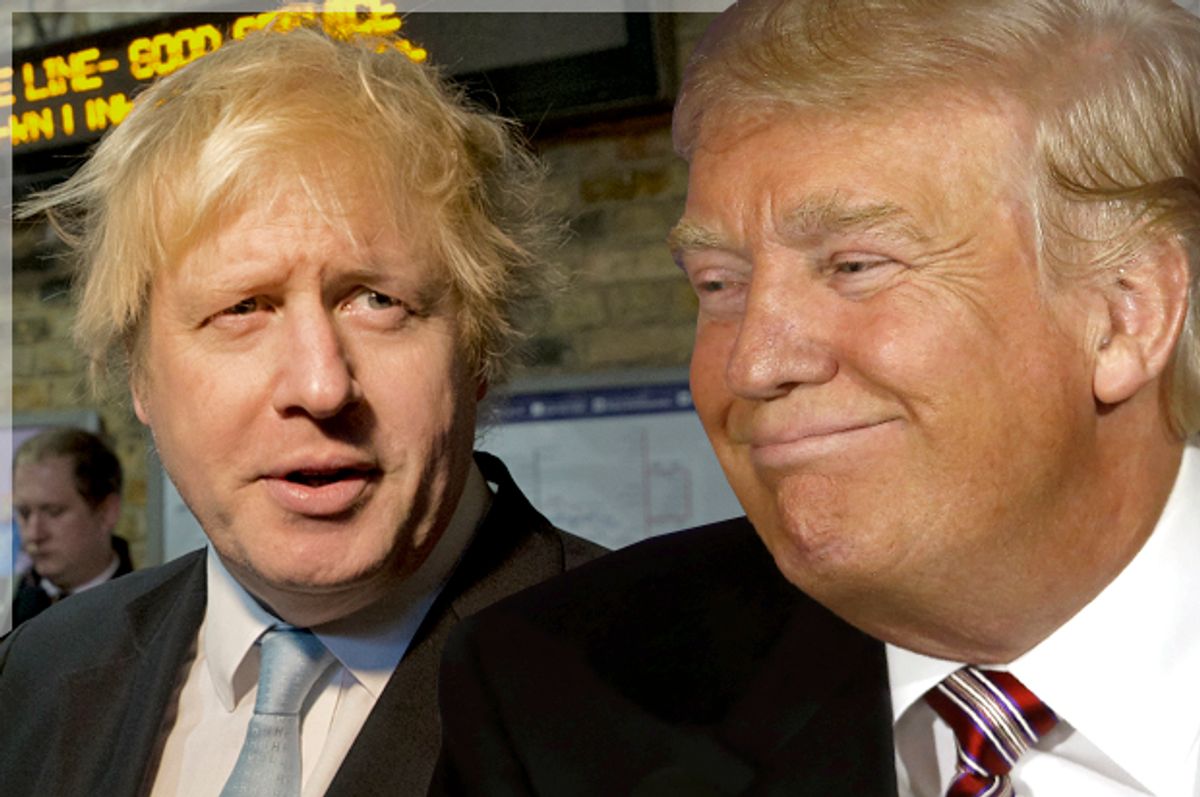 Over the last few weeks, numerous pundits have tried to liken the craze for Donald Trump’s candidacy to the British enthusiasm to leave the European Union despite likely economic damage.

Douglas Rushkoff, the critic of media and technology, has come up with one of the more original reads of the situation. He has just published a fascinating article on Fast Company that argues, as the headline has it, “The New Nationalism Of Brexit And Trump Is A Product Of The Digital Age: TV may have been about global unity, but the Internet inspires the opposite.”

Rushkoff is an heir to Marshall McLuhan and Neil Postman, and is in some ways inspired by the late Alvin Toffler: Rushkoff’s book “Present Shock” takes its name from Toffler’s “Future Shock.” Salon spoke to Rushkoff, whose latest book is “Throwing Rocks at the Google Bus,” from suburban New York; the interview has been lightly edited for clarity.

You argue that the support for Donald Trump and the puzzling Brexit vote both have to do, in important ways, with the dominance of the Internet. Not with anything political, but in the ways we communicate. How do you see these things related?

I don’t know if I’d blame the Internet as much as the idea that we’re in a digital media environment. The idea of being in a media environment, a technological environment, is really old – this guy [Lewis] Mumford is the one who came up with it…. And the beauty of that analysis is not that it says that one thing causes another – that the printing press led to the mechanization of world culture — but it sort of went hand in hand. We developed mechanical abilities, we made machines, then we took on some of the qualities of those machines. Because they’re around us, they’re part of the world we live in.

The thing I’ve been interested in is the shift from the television media environment, which we all grew up in, which was so globalist in spirit, and in funding — it promoted a global view and global markets and global simultaneity.

The digital media environment is so different in the way it’s structured and biased. We know that the algorithms in our social-media feeds tend to isolate us in our highly individuated factions or filter bubble — so we don’t interact with people with different ideas.

And nationalism is part of what’s fueled Trump and Brexit.

Yeah, exactly — and it’s what Arab Spring has in common with them, and the WGO protests. And I wonder if it’s nationalism they have in common, or anti-globalism. I’m not settled on it yet. I do know people are trying to break away from this one-world mentality.

And what about the harkening back to some other time — these fictional times. I know that digital media is all memory based. These are machines based on memory. The Industrial age was machines that were based on efficiency, so we had time-is-money, what’s-the-productivity-of-a-person. But in a digital age we end up harkening back — it’s all about the past. “Make America Great Again,” or return to good-old England.

We’re in a major media transition, and now we’re seeing what that is. No, the Internet is not an extension of television — it doesn’t unite the world in one big, great network the way we kinda thought it would. That’s because we’re TV kids, looking at the Internet. It’s something else.

I’m not saying the Internet is bad, I’m saying it’s biased toward memory and individuation.

You’re talking about a fierce tribalism.

In a way it’s kind of a re-tribalization.

The editors you originally approached over this story didn’t like it or didn’t understand it. Do you have a guess why?

I think we look at this kind of analysis as being techno-determinist. But it’s not. [Marshall] McLuhan got accused of that a lot, that he was a media determinist. When you’re living in a different media environment, you’re prone to different ways of seeing things. Media is the culture we’re growing in. You change the medium, you change how thing grow.

The futurist Alvin Toffler, who wrote about some of these things, died recently. Was he an important figure or an influence on you? How well does his work stand up?

More important than any specific prognostication was his method — he was looking at larger trends and how they might intersect. He’s gonna be right sometimes and wrong sometimes. But he was right about this crescendo that we were moving towards. I wrote “Present Shock” to say that the crescendo has happened — the future is now, we have arrived at what he was saying. The way he was thinking is the way everyone thinks these days. He was as important as McLuhan.

And he popularized it — my parents had a copy of the paperback in their house.

In the last day or so, there have been two more black men shot and killed by police. Some people who are outraged by the shootings have said they consider the videos of the shootings valuable pieces of evidence, but that they don’t want to watch any more. What do you make of this shift?

It’s interesting. The thing that’s most significant about it is people understanding that these technologies, and the way they present things, are biased. I don’t mean biased left-right, but that they have certain tendencies, they promote certain emotional responses. And people are deciding, “I’m going to choose how I interact with these things, rather that just seeing how it goes.”

For like 400 years, there were rabbis who refused a written Torah. “This is an oral tradition, and if we write it down, it will irreversibly change how this religion works.” Same with after the printing press happened. A lot of Catholic said, “No, people can’t have their own printed Bibles.”

The fact that people are resisting it says they realize that the technology itself changes the way the respond. And they want to respond in a way that’s more willful and autonomous rather than programmed.