The massive toll of police brutality: The fatal shootings — like in Louisiana and Minnesota — destroy minority communities, both physically and mentally 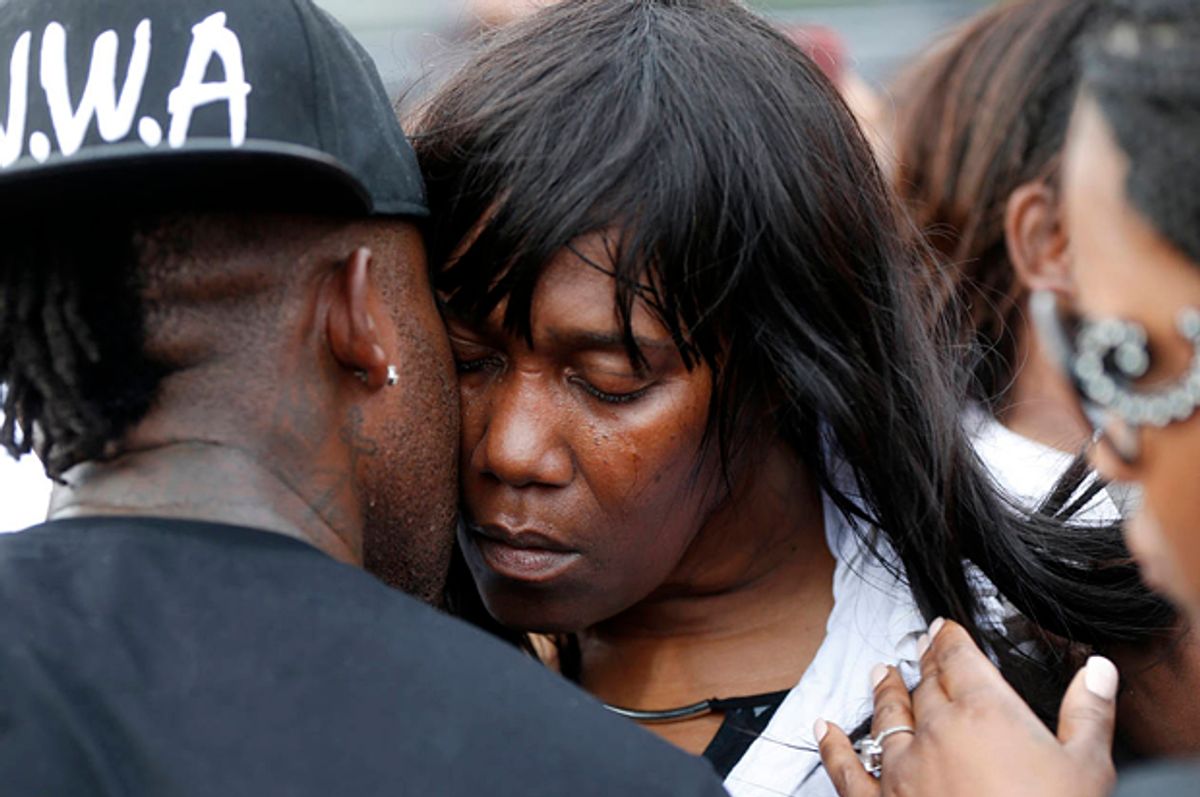 Beliefs, perceptions, attitudes and institutional arrangements that discredit and oppress people because of their race are bad for physical and mental health. Community oversight of local police departments is critical for the health of blacks.

Alton Sterling, a 37-year-old black male, died earlier this week from multiple gunshot wounds to his chest and back. According to a bystander video, he was tackled and held to the ground by two officers while one of the officers held a gun above his chest. Then, Philando Castile, 32, was shot four times by an officer, and it was livestreamed on Facebook by his girlfriend.

At birth, the life expectancy of whites is about four years greater than that of blacks. The rate of police killings among blacks is more than two times higher than among whites. Racial profiling by police contributes significantly to the high death rates among blacks in the United States.

Racial profiling, as well as experiences and stories of discrimination, have severe negative consequences on the physical and mental health of black people. Distress from racial profiling leads to fear, disempowerment, anxiety, sadness, anger, hopelessness and thwarted aspirations. We know from research that these feelings produce endocrine, cardiovascular, neurological and immunological responses that negatively affect health though the "wear and tear" of body organs, and increase mortality.

There is a lot of emotional labor associated with staying safe as a black man. Emotional labor means the effort exerted by black men to separate themselves from situations and stereotypes that might get them into trouble. Black people worry about everyday things like walking, driving and wearing a hoodie — and for Alton Sterling, selling music in front of a convenience store. Philando Castile should just not have been black at the wrong place and time.

If a black man is stopped by the police, it could easily lead to bogus or exaggerated charges, punishment that is much greater than the crime, a criminal record to follow him over the course of his life, or a life in prison — that is if he is not shot and killed on the streets.

This does not have to be the reality. The burden of unemployment and poverty that results from racial discrimination and the stress from police brutality caused by the same pervasive monster work hand-in-hand to increase sickness and death among blacks.

How do we stop this? There is increase use of body cameras by the police. Yes, this might cause police to use less force. But as we know, they may still use force or cameras could fail. Case in point: Alton Sterling. Videos don’t bring justice, just ask Eric Garner’s family.

There are calls for more sensitivity training, i.e. how not to be a racist police officer. While training is good, focusing only on individual insensitive cops takes away from changing the systems that maintain racism and enable militarization in communities of colors.

Here are two things could add to body cameras and training to create a safer place for people of color. First, the community needs to have oversight of the local police department. Police officers are public servants and they should be held accountable by the community, not by their peers. A community-run civilian commission or task force should determine policy for local police departments and be responsible for activities such as holding disciplinary hearings for police officers and making recommendations for appointing police chiefs using community input.

Second, every local police force should be representative of the local population. Police departments across the country should be federally required to report the proportion of staff in all ranks who are people of color, as well as develop strategies to continuously recruit and retain them. Of course, the feds should enforce and monitor this.

Communities depend on the police for protection, yet they have no real influence in the process. We cannot fold our arms and wait as police brutality worsens the health of communities of color. If law enforcement is meant to serve and protect the community, then the system needs to be held accountable to the community.