"They treated me like a prisoner": Watch girlfriend of Philando Castile recount how Minnesota police treated her after fatal shooting 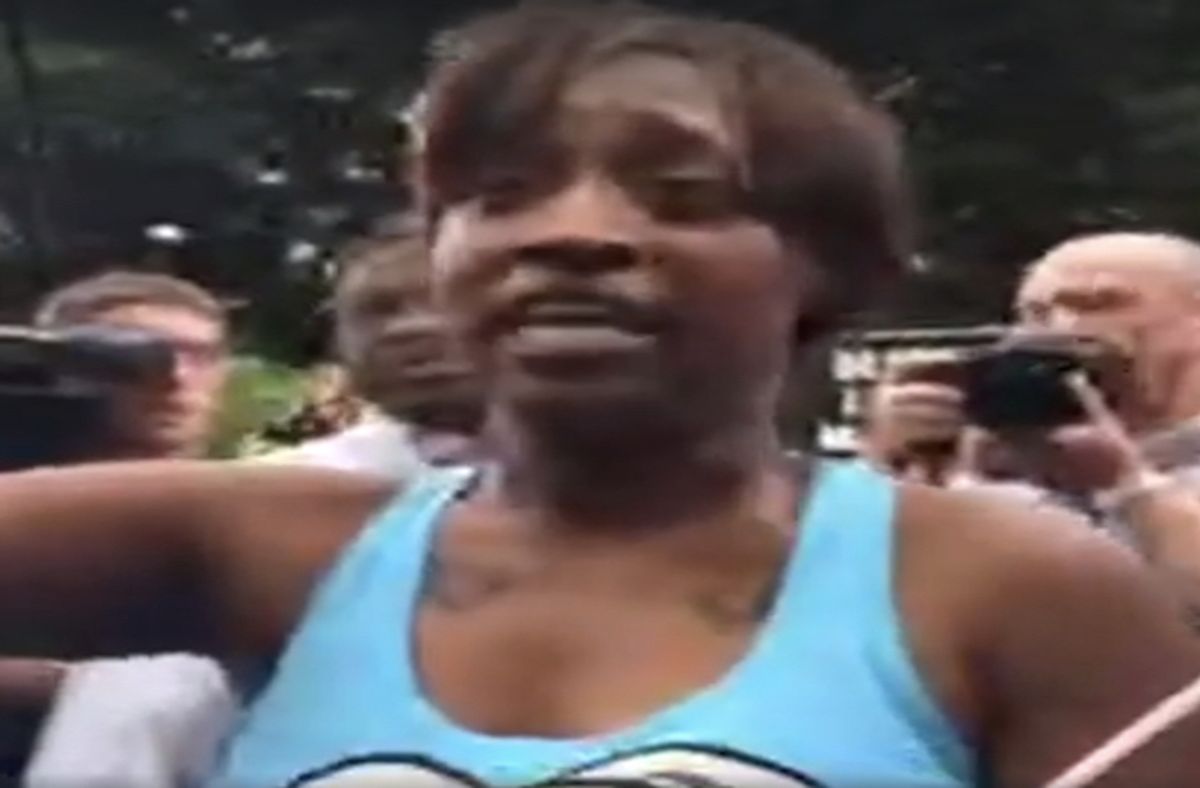 "I was not allowed to talk to anybody up until five o'clock this morning when they dropped me off on my doorstep."

Diamond "Lavish" Reynolds recounted the harrowing hours after her boyfriend, Philando Castile (reports differ on his age: 32 or 34), was fatally shot by a Minnesota police officer Wednesday evening. Speaking to reporters on Thursday and streaming live on Facebook, the video streaming platform which she used hours early to record the initial shooting, Reynolds revealed that after Castile was shot in Falcon Heights, a quiet St. Paul suburb, the police detained her and her 4-year-old daughter for hours:

Falcon Heights precinct is where we was. They put me in a room and separated me from my child. They didn't feed us. They tried to place the blame like it was something we did. Everyone, we didn't do anything. We put our hands in the air, we knew our rights and we followed procedure.

Reynolds, whose graphic viral video of her boyfriend begins after he is shot by the police officer, told reporters she believed he was shot five times after identifying that he was a concealed carry license holder with a gun in his possession.

“We got pulled over for what allegedly was supposed to be a broken taillight,” Reynolds said. “[The police officer] let us know that we had a broken taillight. He asked us, were we aware of it and we said no. As we said no, he tells us to put our hands in the air.”

“My boyfriend carries all his information in a thick wallet in his right side back pocket,” she continued. “As he’s reaching for his back pocket wallet he lets the officer know,  ‘Officer, I have a firearm on me.’ I begin to yell, ‘But he’s licensed to carry.’ ” According to Reynolds, the officer started firing shortly after.

Near the end of her nearly 10-minute-long initial Facebook video, Reynolds' phone is tossed to the ground as she's heard being taken into police custody. She later retrieves her phone and she is handcuffed in the back seat of a police car with her young daughter.

“My daughter will be forever scarred by what the police at Falcon Heights did to us for no apparent reason,” she told the crowd.

“They took my lifeblood. That was my best friend. I don’t have any family in Minnesota. I don’t have nobody,” she later added, sobbing. “I never got to say my last words to that man.”

“It’s not fair and it’s not right,” she said. “I will not be able to sleep until I get justice. I need justice. And even after justice, this will never go away.”

Reynolds revealed on Thursday that her cell phone had been taken by police and, according to CNN, her initial Facebook stream was temporarily pulled from the social media platform.