Hillary's awful week: She won't be indicted, but the damage is done

Her email scandal has been declared all but over by Democratic partisans, but the public won't be so forgiving 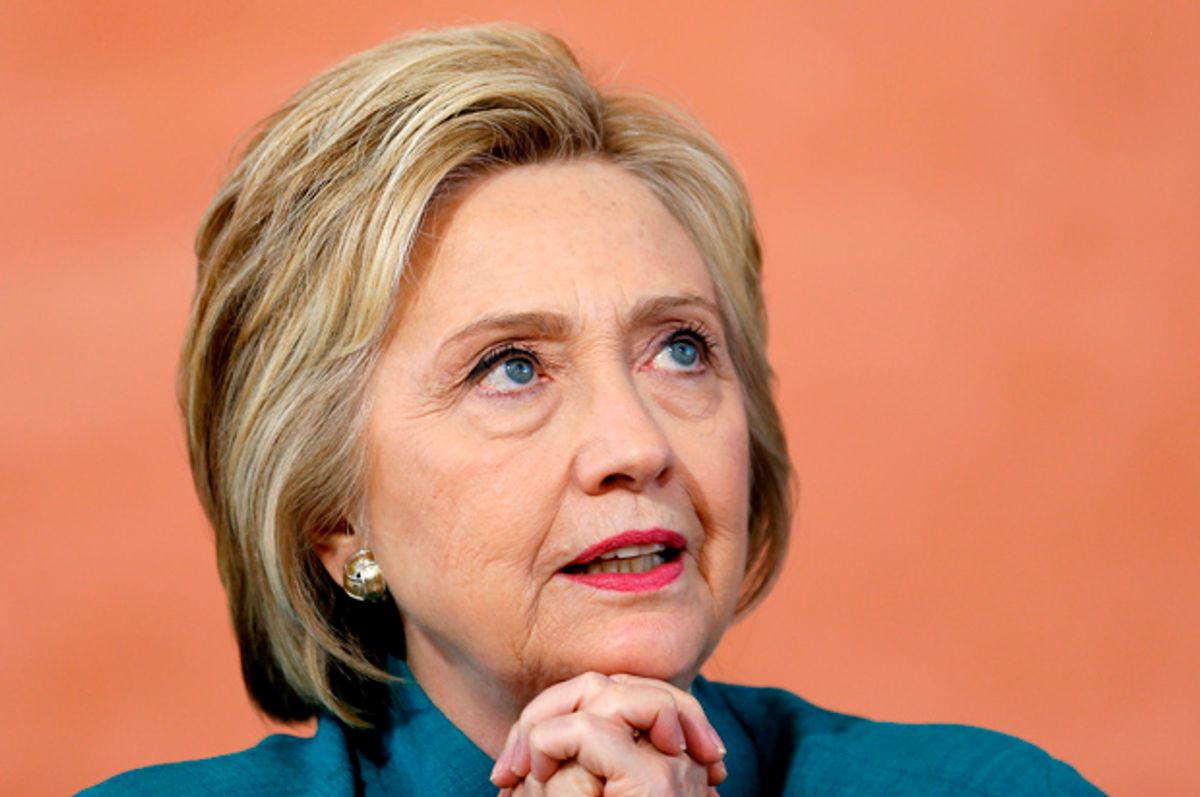 Though it could have been a whole lot worse, presumptive Democratic nominee Hillary Clinton still a pretty terrible week. After months of being investigated by the FBI, the agency’s Director James Comey announced on Tuesday that the bureau would not be recommending charges against Clinton for her use of a private email server as Secretary of State — but that was all the good news afforded to the Clinton camp. In the same news conference, Comey proceeded to dismantle various falsehoods that Clinton has told the public throughout her presidential campaign (proving that coverups always make matters worse).

Comey revealed that the FBI found 113 emails that had contained classified information at the time they were sent on Clinton’s server, which directly refutes her repeated claim over the past year that she never sent or received classified material through email while in the State department (“I never received nor sent any material that was marked classified,” Clinton categorically stated last year). Comey also divulged that Clinton’s lawyers had deleted emails marked “personal” that had contained relevant State department material, as well as the fact that Secretary Clinton used multiple private email servers. Ultimately, the FBI director called Clinton “extremely careless” in her handling of classified material and remarked that, while the agency found no evidence of her server[s] being hacked, it was certainly a possibility.

For a candidate who is distrusted by the majority of the American citizens, Comey’s conference was disastrous. According to a Quinnipiac University survey released on June 29, “voters say 45 - 37 percent that Trump is more honest and trustworthy” than Clinton (which is admittedly shocking, considering every other claim that comes out of Trump’s mouth is a conspiracy theory or a blatant lie — but this shows how deep-seated this mistrust for Clinton is). And this was before the FBI director exposed Clinton’s fabrications. One can only imagine how deep Clinton’s trust ratings will sink now.

Had the FBI recommended an indictment, Clinton’s presidential run would have been effectively over — but an indictment was always a long shot. Few expected charges, but neither was such a public denunciation anticipated. For those who are skeptical and dubious of Clinton and the criminal justice system (and there are plenty of reasons to be skeptical of both), the email scandal is far from over.

As The Intercept’s Glenn Greenwald pointed out shortly after the announcement, the FBI’s decision not to recommend charges makes perfect sense in isolation — but it is almost impossible to imagine a lowly public employee getting off scot-free for acting as reckless as Clinton did, especially in Washington’s current political climate (recall that the Obama administration has waged a virtual war on whistleblowers, using the Espionage Act more than all of his predecessors combined since it was passed in 1917).

“I don’t think what Clinton did rose to the level of criminality, and if I were in the Justice Department, I would not want to see her prosecuted for it,” wrote Greenwald. “But this case does not exist in isolation. It exists in a political climate where secrecy is regarded as the highest end, where people have their lives destroyed for the most trivial – or, worse, the most well-intentioned – violations of secrecy laws, even in the absence of any evidence of harm or malignant intent. And these are injustices that Hillary Clinton and most of her stalwart Democratic followers have never once opposed – but rather enthusiastically cheered… Had someone who was obscure and unimportant and powerless done what Hillary Clinton did — recklessly and secretly install a shoddy home server and work with top-secret information on it, then outright lie to the public about it when they were caught — they would have been criminally charged long ago, with little fuss or objection.”

Though Clinton’s email scandal has been declared all but over by Democratic partisans, it is unlikely to be so quickly forgotten by the American public — especially after Comey’s damaging revelations. In all likelihood, the questions will continue to multiply. The Green Party’s presidential candidate Jill Stein raised a particularly troubling concern in a recent article, contemplating whether Clinton may have conducted “personal business for her family Foundation through the Secretary of State’s Office,” bearing in mind the overlapping of the candidate’s private and professional life. As Secretary of State, Clinton “routinely granted lucrative special contracts, weapons deals and government partnerships to Clinton Foundation donors,” points out Stein.

Still, there is a silver lining for team Clinton, and his name is Donald Trump. Clinton’s billionaire opponent has the worst favorability ratings of any presidential candidate in modern history, which is mostly due to his propensity to offend and alienate almost anyone who isn’t a white heterosexual male (although, take it from this white male, he offends plenty of us too). Clinton may be untrustworthy, but Trump is a modern day P.T. Barnum selling snake oil to desperate and credulous segments of the public. As Democratic strategist Brad Bannon remarked to The Hill:

If [Clinton] was running against [Ohio Gov. John] Kasich or [Florida Sen. Marco] Rubio, she’d be in real trouble and we’d be talking about finding another candidate before the [Democratic National Convention]...What happened [on Tuesday] would be a deal breaker against someone else. … She’s basically walking on the edge with this kind of stuff.

Hillary Clinton will have much to be thankful for come November, when she and the grandchildren celebrate Thanksgiving and her election victory; she can be grateful that she isn’t a low-level public employee who mishandled classified information, and she can be grateful for Donald J. Trump.