How to be a white ally: Fighting racism is your responsibility — start now

Here are 4 practical, actionable steps you can take to dismantle racism and advocate for justice in your community 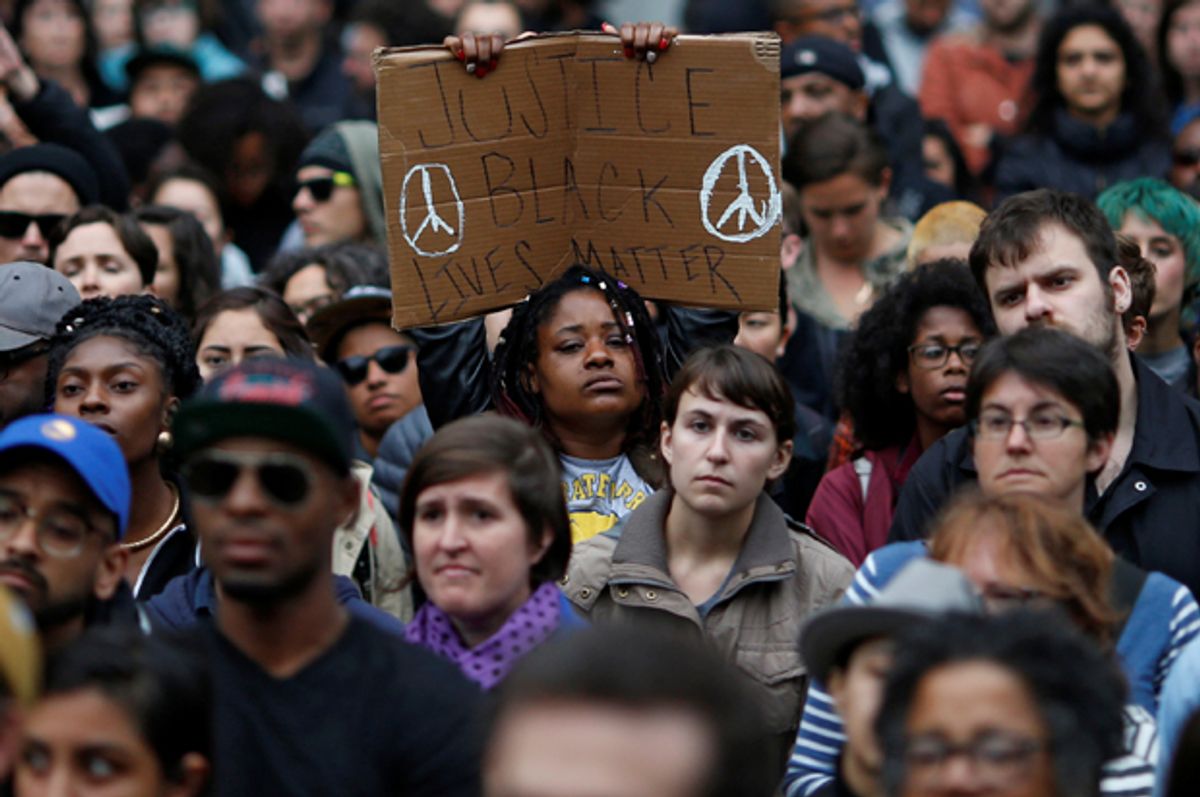 In his powerful acceptance speech for BET’s Humanitarian Award this June, “Grey’s Anatomy” actor and activist Jesse Williams made a brief sidenote, reminding white people that “the burden of the brutalized is not to comfort the bystander.” This was less than two weeks before the addition of two more black men, Alton Sterling and Philando Castile, to the continuously growing list of POC killed by police. As we process the news of these most recent tragedies, Williams’s words help shape what our role—as white allies—needs to be in taking supportive action toward long-overdue change.

According to The Guardian’s The Counted, Sterling and Castile’s deaths bring this year’s fatal encounters by police officers in the United States to 556 — a disproportionate number of those victims, per capita, are black. This week, we’ve watched a son grieve his dead father and heard a mother recount how, in the moments after her boyfriend was shot during a traffic stop, she was comforted by her brave and empathetic four-year-old daughter. Whether you find yourself awash in fresh outrage or feeling despondent and numb, our responsibility to the black community is to act.

1. Have difficult conversations with people you care about—and with ones you don’t

That one uncle who “means well” but tells a racist joke at a family get-together. Your old friend from high school you haven’t talked to in years but lately is really into posting #AllLivesMatter memes on Facebook. A casual acquaintance you grab happy-hour beers with. The co-worker who sits on the other side of your desk. Start calling them out.

Yes, that means conversations will probably get awkward. Do it anyway. And when you can, choose to engage in discourse that moves discussions forward even when it would be easier or would feel more satisfying to shut down, to become belligerent, to write someone off, or to feel tired. (This is something black people are 100 percent not beholden to do any longer, by the way—this job is solely ours.)

Need guidance for what it means to “collect your people?” Read this.

Our racism is indoctrinated and systemic. Even if we’re actively fighting against the racism of our families, friends, and peers, we continue to benefit from centuries of oppression. No ally is immune from exhibiting racist behaviors or from being unhelpful even when their intentions are the opposite. Be willing to listen openly. Refrain from centering yourself in a movement that deserves your support but is not about you and about which you are not an authority. If you're doing work as an ally as a means of earning capital to counterbalance your white guilt or as a way of seeking accolades for how not racist you are, stop taking up space at the table.

Show up (without steamrolling) at a protest or rally. Can’t do that? Donate instead — money, protest supplies, food and water, time or talent — there are many ways to help. Search for a local #BlackLivesMatter chapter in your city or take a look at this list of black-led social justice organizations if you’re wondering where to donate.

Research the platforms of local politicians and their records on policy reform for eradicating police violence, including support of body cameras, the creation of training programs to reduce racial profiling, and efforts to get crimes that disproportionately target POC and other marginalized communities off the books. Share your concerns if politicians aren’t taking real strides toward curbing hair-trigger violence and excessive use of force, especially toward POC, and withhold your support and your votes until they do. No idea who your elected officials are or how to contact them? Use this.

Zak Cheney Rice details more ideas here about how we can help quell police brutality in our cities.

Download the ACLU’s mobile justice app or similar tools and prepare to record police interactions if you find yourself witnessing an encounter. Know the law and rehearse what to say if an officer asks you to turn off the camera. If you see POC being harassed by law enforcement, stick around. It may be illegal to interfere, but you’re allowed to remain present and keep watch over a situation where abuse of power may be taking place.

Absolutely none of this comes close to enough, but it’s a demonstrable way to be an ally in the face of hand-wringing that unfortunately sometimes stands in for meaningful action. We can’t take back the unnecessary deaths of Sterling and Castile or the devastating collection of names that came before them, but we must help keep that list from growing any longer.