TV as a conservative safe space: Fragile viewers can't handle being challenged by their entertainment 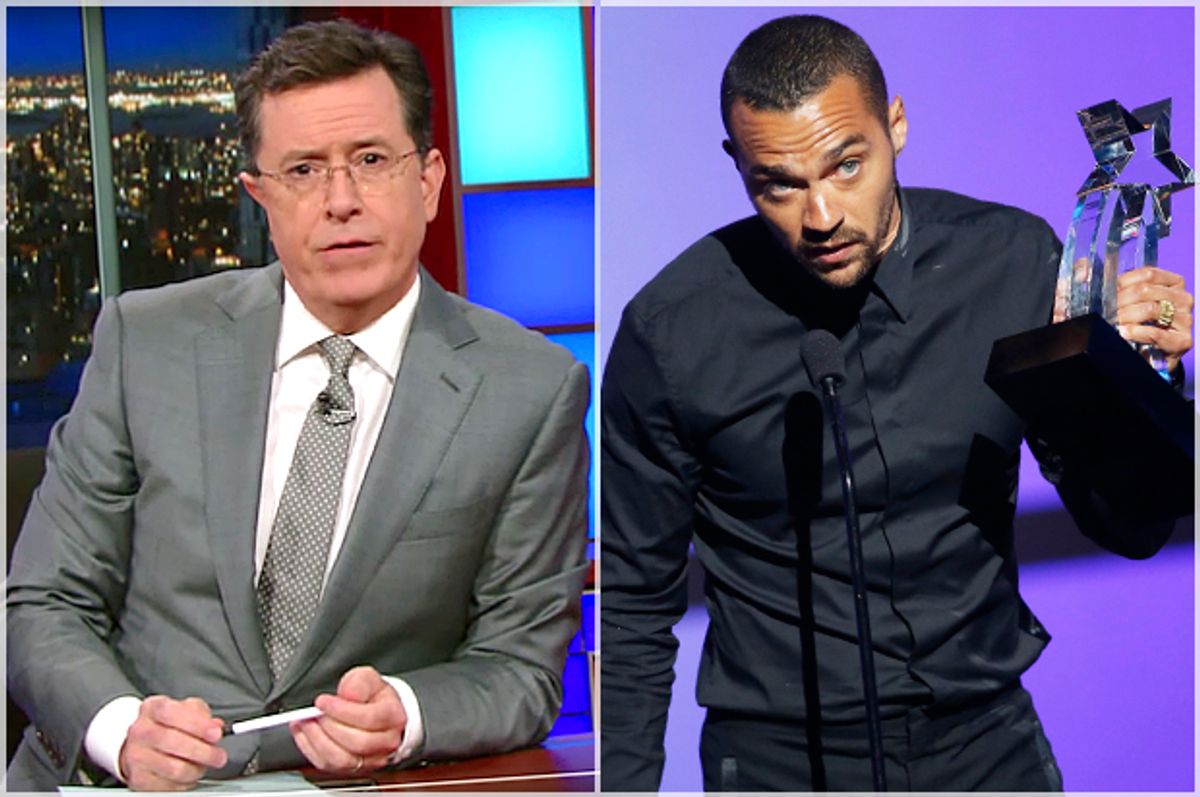 When "The Late Show with David Letterman" premiered 23 years ago, the television landscape was a very different place. Scott Sassa, former president of NBC West Coast, describes the era's network programming decisions as tailored “towards something called 'Least Objectionable Programming,' which meant the show that would suck the least so people wouldn’t change the channel.” The introduction of carrier and subscription fees into television revenue models, driven by technological advances, has brought with it further choice and greater channel diversity. Which also offers comedians greater freedom with their products: they can be quirky, they can be self-referential, they can be weird. Where before they could only risk alienating minority audiences (in the general sense of the word) who suffered from limited options, they can now risk alienating larger segments of the population if it means building a brand, and inspiring greater loyalty amongst an admittedly smaller viewership base.

These sweeping developments are of no interest to Hans Fiene of The Federalist, who attributes the increasing politicization of late night comedy to one man and one man only: Jon Stewart. Fiene goes so far as to describe Stewart's appearance on "Crossfire" in 2004 as “the day late-night comedy died.” According to Fiene, comedy with an agenda is not comedy at all, and is instead an entirely separate genre, one invented by Stewart's viral takedown of CNN which sparked, in Fiene's view, a cultural generation of mimics.

Needless to say, Fiene isn't especially happy about the development. “[I]t’s one thing to build your own show,” he writes. “It’s another thing to take the comedic institutions built by actual comedians and turn them into platforms for advocacy-with-jokes... Stephen Colbert, for example, left his faux-conservative-blowhard persona behind at Comedy Central but kept the political posturing when he took over David Letterman’s chair on 'The Late Show,' and the result is a show that is not so much unwatchable as it is unrecognizable.”

Blatant ignorance of the history of comedy aside, I am somewhat sympathetic to the notion that a sense of community was lost with greater market segmentation. But I would be more sympathetic to said argument if Fiene seemed genuinely interested in cultivating that shared culture over values like true inclusion, welcoming into the fray groups that were left out of the mainstream comedy of yore, comedy that was sexist, racist and homophobic. Instead, his examples of perverting mainstream culture have nothing to do with political ideology, in the specific sense of the word. Instead he throws a hissy fit over the suggestion that queer, female, minority characters also deserve a place alongside straight, white, male ones in the franchises that have traditionally received institutional support. He encourages those who want to be seen in that culture to start their very own franchises from the ground up, again betraying a willful ignorance of the economics and history of entertainment, advocating for a culture that is more splintered, not less so.

In doing so, Fiene reveals that he is not truly interested in inclusive community. Instead, what he wants is closer to conservatives' parodic characterization of liberal campus culture. He wants late-night comedy to be, for him, a “safe space.” Of course, he doesn't describe his desires as such, because he has had the great fortune of feeling welcome and safe in the broader culture for the vast majority of his life.

And so Fiene confuses comedy that is appealing to his politics with comedy that is apolitical. And the error is not his alone. When Jesse Williams delivered a searing indictment of the state of American race relations during an acceptance speech at the BET Awards, he was met with a petition to get him fired as a cast member of Shonda Rhimes's hit show "Grey's Anatomy." Those who launched and supported the petition, of course, knew nothing of Rhimes's politics, and she immediately shut down the notion that he ought to be punished, rather than lauded, for his provocative poetry that evening. For Rhimes believes in truly inclusive entertainment, inherently diverse, which inherently leads to greater diversity of opinions on and off set. Those who'd see Williams fired don't want the people on their television screens to be apolitical; they want them to have the politics that would allow them to remain silent in the face of systemic, racist exploitation and abuse.

Fiene falls into a similar trap when he criticizes Kate McKinnon of NBC's "Saturday Night Live" for voicing her support for Hillary Clinton's candidacy in a Hollywood Reporter interview, using her personal political beliefs as evidence that the show has become a promotional tool for the left. He neglects to mention that the comedic institution gave Donald Trump a platform to promote and glorify himself not five months after he was fired from NBC for racism. He praises Jimmy Fallon for his absurdist comedy, neglecting again to mention that he has welcomed Trump onto his show to do the same. “Pure comedy,” in Fiene's view, is that which further normalizes forces which have always been normalized in American society; it is that which silences minority voices.

Straight white men condoning racism is inclusive comedy, you see, but straight white men who make the occasional funny about an overtly racist presidential candidate is a bridge too far. Thank God our brightest comedic minds don't see it that way. They recognize what Fiene does not: If the right didn't want to have to hear jokes at its expense, it shouldn't have nominated a walking punch line.