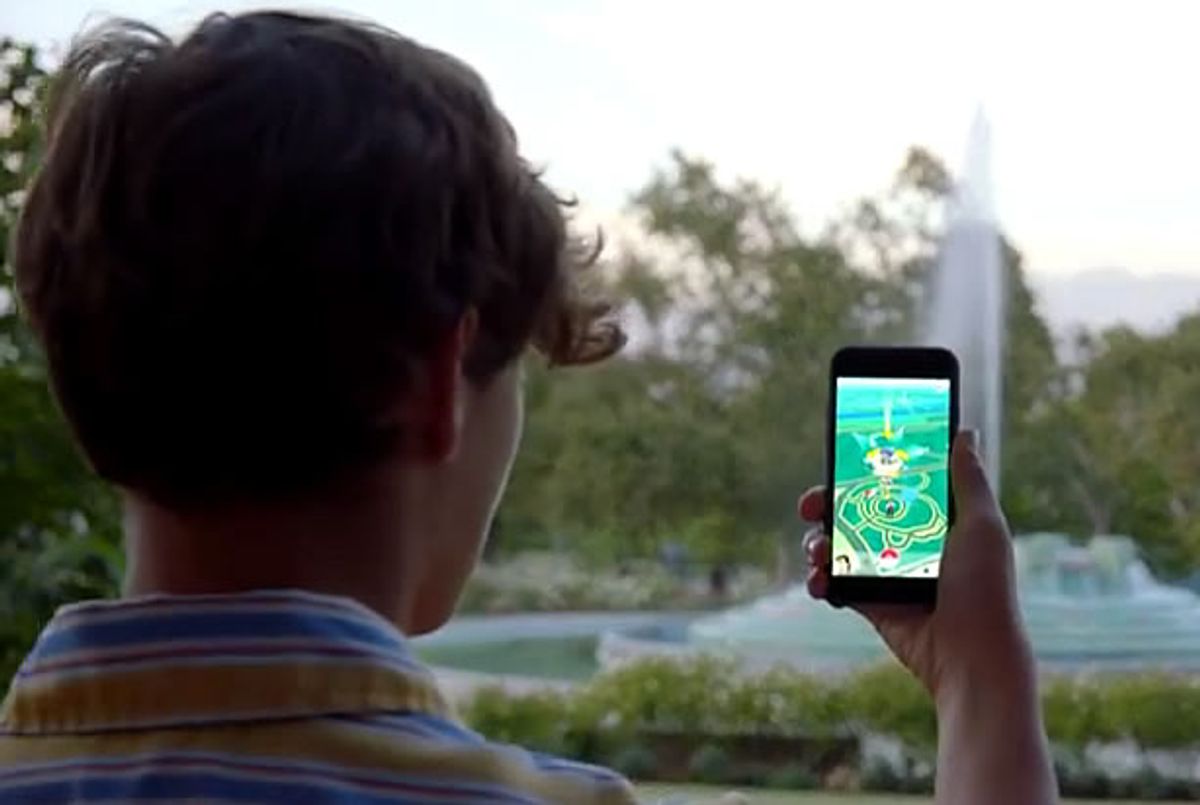 "Pokémon Go," the viral app that has made Nintendo relevant again for the first time since the release of the Wii in 2007, is being lauded as a means of overcoming social anxiety and a weapon for those who both seek and rage against social justice — even though there's also evidence it's a convenient means of luring unassuming teens into dark alleys. It has, however, had a significant impact on Nintendo's bottom line, adding an estimated $7.5 billion to the company's market value since the game launched last week.

The app itself is free to download, and most of the revenue will, as is frequently the case with such apps, be generated via in-game micro-transactions, but it is where these micro-transactions will be occurring that could be the key to "Pokémon Go" remaining viable in ways that similarly viral apps, like "Words With Friends," never could — because like the Wii before it, the app compels users to immerse themselves physically in the game-play; in this case, by forcing them to leaving their homes and wander about the real world searching for Pokémon.

When Wii Tennis was released, Nintendo's Shigeru Miyamoto emphasized the immersiveness of the experience — by combining motor activation with a simple and intuitive control, Wii Tennis was able to bridge the gap between the virtual world depicted on the screen with the physical world in which the game was actually being played. In terms of the experience of playing the game, the boundary between the screen and physical space blurred.

"Pokémon Go" relies on a similar blurring, except instead of limiting it to the distance between the Wii-remote and the console -- basically, the size of a very large living room -- it is inherently expansive, inasmuch as the app encourages players to seek out rare Pokémon far and wide. Moreover — or dangerously, as the aforementioned teens in Missouri discovered — it encourages players to do so at different times of the day, creating an experience that perpetually changes. After all, the people who frequent a coffeehouse at 10 a.m. are not likely to be the same people who do at 10 p.m., even if they all are now there in search of rare Pokémon.

The effect, then, of the app is that it compels users to exercise in a way that limits the repetition that drives many novice joggers away from the activity — the thought of waking up at the same time every morning to perform the same monotonous activity. Introducing variables into the app is, in "Pokémon Go," coterminous with the introduction of variety into the lives of its users.

There is also plenty of room for the app to grow, as the version released last week only includes the original 151 creatures from the first generation of Pokémon games. That catalog, as Vox's German Lopez noted, has since expanded to over 720 creatures, more than enough to keep users happily hunting for years to come.

Or, perhaps, it will go the way of the Wii Fit — slid under a couch somewhere, a good idea that was never fully realized. Nintendo is clearly banking on the former, and its investors, many of whom were likely early adopters of the original Pokémon games, seem to believe they are right to do so.

Watch the official "Pokémon Go" trailer below via YouTube.