Republicans demand cuts to contraception spending, even though it's a critical part of fighting the Zika virus 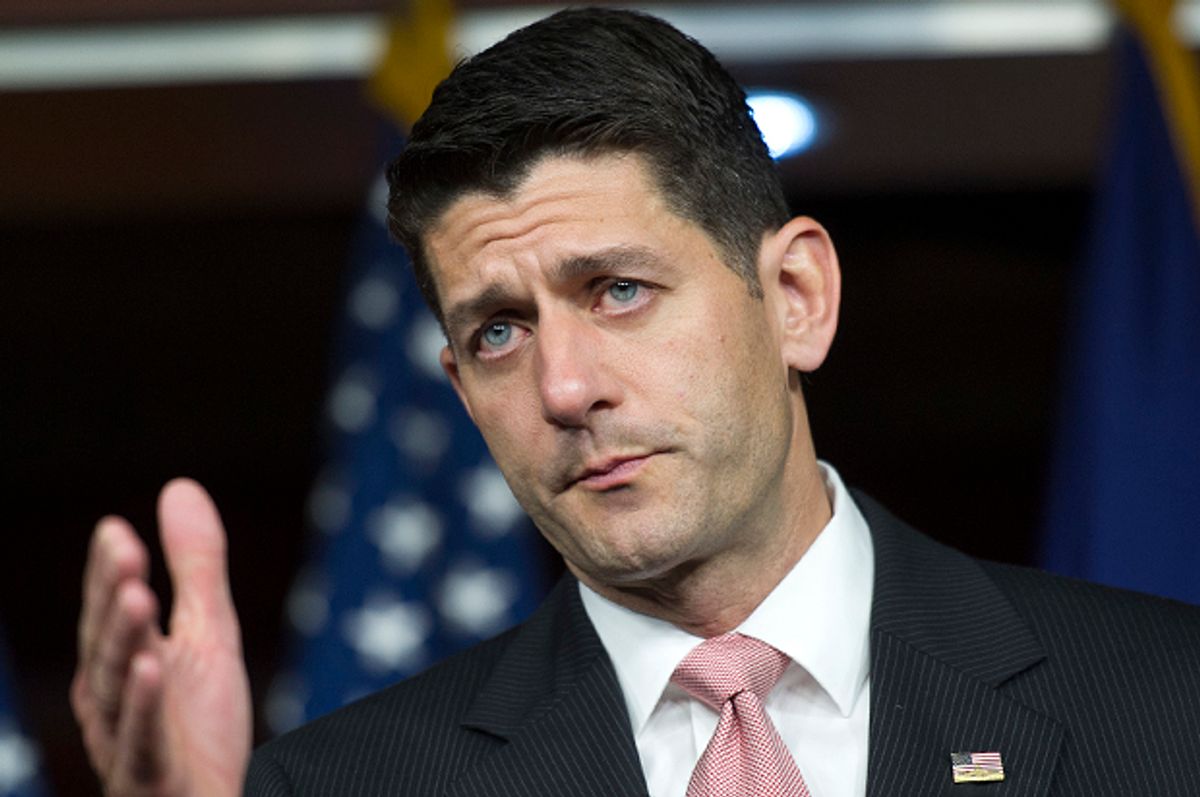 The Zika virus  is spreading rapidly in the United States, with the Centers for Disease Control reporting over 300 cases in pregnant women so far.  Most people agree that the federal government needs to do something, and soon, to combat the spread of this disease, but as Congress goes into its last week of the summer, there seems to be no real movement on passing a bill funding the anti-Zika efforts.

The problem is that Republicans are far too obsessed with the fact that women have sex — and with punishing women for it — to worry about something like a dangerous virus that causes birth defects spreading rapidly through our nation.

Last month, Republicans did offer a bill to combat the Zika virus, but the bill was a grab bag of radical right wing demands — including cutting Obamacare funding by half a billion and money for veterans by another half billion more — but the crown jewel of this supposed Zika bill was an item defunding Planned Parenthood. Cutting services at Planned Parenthood has been a long obsession for Republicans, and it's clear they want to use public panic over Zika in order to take another run at making sure low income women lose access to contraception services.

But there's something particularly gruesome about Republicans wallowing in an anti-sex, anti-woman agenda right now, because the overwhelming medical consensus is that contraception access is an important tool — perhaps the most important tool — in fighting the worst effects of the Zika virus.

After all, as the CDC notes, the "illness is usually mild with symptoms lasting for several days to a week", with very few cases requiring hospitalization or resulting in death. No, the real danger of Zika is that it's linked to serious birth defects, if pregnant women get infected, with microcephaly being the biggest dangerous. In the face of a disease that is otherwise no big deal, unless you're pregnant, clearly the move here is to prevent  pregnancy until the danger passes. Otherwise, women will be forced to choose between abortion or risking giving birth to a baby who may die or be seriously retarded or blind (or both) due to microcephaly.

That's why the American College of Obstetricians and Gynecologists and the CDC both recommend contraception as the primary way to avoid Zika-related complications.

But instead, Republicans are looking for every way they can to reduce contraception access, and thereby increase the number of women who catch Zika while pregnant. It's not just in the proposed contraception cuts in the Zika bill, either. Republicans have also offered another, unrelated bill that would zero out federal funding for contraception services, not just at Planned Parenthood but at any clinic that offers these services.

"Congress only has a few days left in session before heading off for summer vacation and anti-choice Republicans could not be making their priorities clearer," Ilyse Hogue, the president of NARAL, told Salon. "Instead of putting forward a serious response to the global Zika crisis, they’re putting the health of women and the children they may wish to have in danger."

"This is a public health crisis that directly ​impacts women and children," said Dawn Laguens, executive vice president of Planned Parenthood.  "​It's appalling that Senate Republicans would have women wait for politicians to acknowledge the value of family planning during this public health crisis."

Monday, Sen. Harry Reid took to the floor to shame Republicans for pushing their anti-contraception agenda during a crisis that highlights why women need to be able to decide when and if they give birth.

"Instead of wasting time, we should be responding to the real Zika emergency that now is in the United States," Reid argued, adding that there have already been seven babies born with birth defects from Zika. He demanded that the House pass a stand-alone bill that only addresses Zika and does not include defunding the very contraception services necessary to help prevent more birth defects.

Speaker Paul Ryan had the nerve to try to use the fear over Zika to push this bill, saying, "Given the urgency of the Zika threat, I hope Senate Democrats will rise above politics so we can get this done." But Senate Democrats are the ones setting aside politics, demanding a bill that is only about fighting Zika — and resisting cuts to contraception, cuts that will only serve to increase the number of birth defects from Zika.

Because of this, the anti-choice movement has been minimizing and, in many cases, even romanticizing the birth defects caused by Zika. After all, having to care for a severely disabled baby fits right into the right wing idealization of sacrificial motherhood.

Life News, the central site for anti-choice propaganda, frequently pooh-poohs the dangers of Zika pregnancies, calling concerns over birth defects a "eugenic-like push" and arguing that "women should be offered education about the condition and support" to encourage bearing babies with microcephaly.

This propaganda push often involves valorizing women who give birth to babies with microcephaly as holier-than-thou, while implying that women who don't want to have babies with severe birth defects are selfish.

This is going on while anti-choicers simultaneously minimize the risk of microcephaly. It's all about trying to deny that forcing women with Zika to give birth is not a big deal and probably even a "blessing".

This is the political pressure that Republicans are under as the debate over how to combat Zika stretches into the final legislative week. Most medical professionals and ordinary Americans find the possibility of a surge in severe birth defects alarming and something to be prevented, but the religious right can't get past its tendency to romanticize birth defects, even horrific ones, as an opportunity to romanticize women's pain and sacrifice. That's why it's so hard for Republicans to give up their anti-sex agenda, even in the face of horrible medical consequences.