Fears of Trump muddling the electoral map are overblown: His Rustbelt weakness reveals a fundamental vulnerability

Despite warnings from the media, signs of a battleground shakeup in Trump's favor are noticeably missing 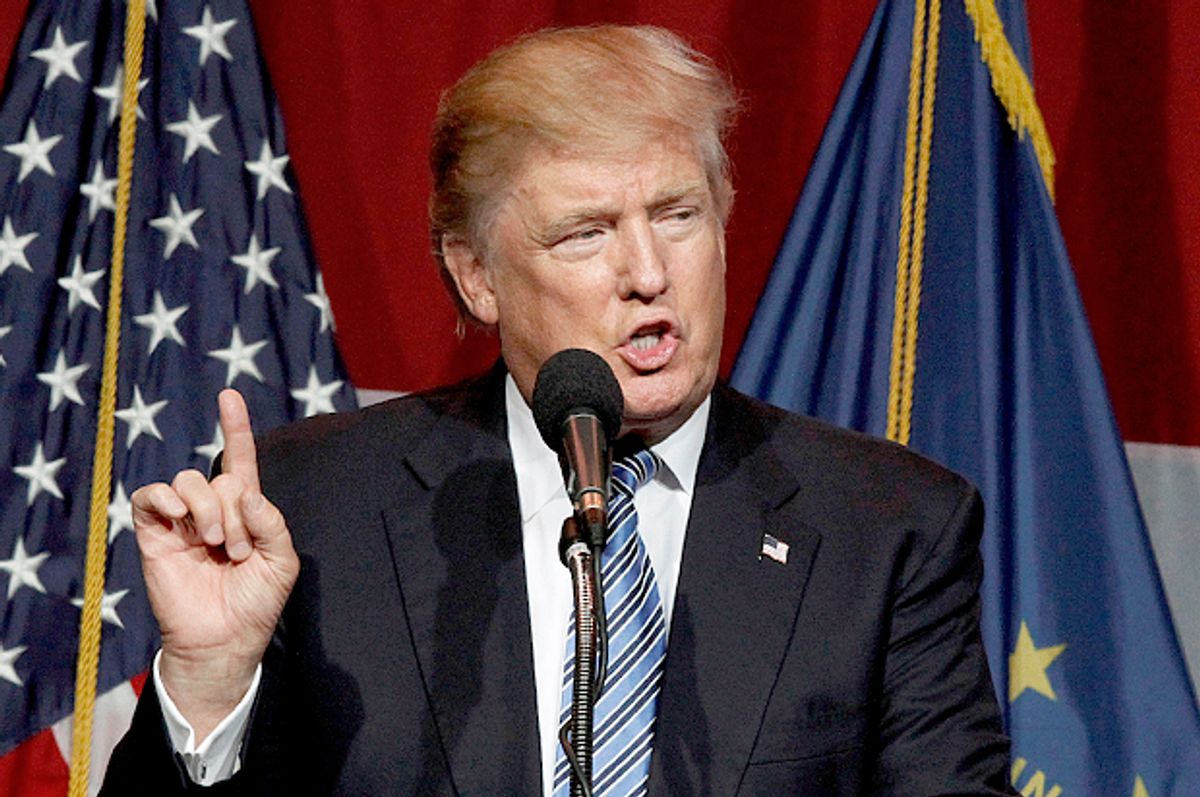 The idea that Donald Trump could scramble the electoral college map, putting new states in play has been a recurrent theme in this election cycle. But a June 30 report from Democracy Corps, based on polling from nine battleground states, casts some very cold water on the idea — especially on the underlying notion that Trump is particularly strong among Rustbelt white voters.

Trump's own claims that he could win in New York or California have raised more chuckles than eyebrows, but the attention Hillary Clinton's campaign is giving to Pennsylvania is a sure sign that at least the possibility is being taken seriously, not just by the media, but by Clinton herself. The campaign is considering TV ad buys, Clinton has campaigned in the state already, and on Friday will appear with Joe Biden in Scranton, his birthplace.  Democrats have carried Pennsylvania comfortably every election since 1992, with an average margin of 6.8%, so this is definitely sign of something unusual happening. At least it would be, if...

According to one school of thought, Trump's appeal to working-class white voters, combined with the impact of trade deals on the Rust Belt gives Trump a real shot at winning states like Pennsylvania and Michigan, where Democrats have won since 1992 with average margin of 9.2%. But Democracy Corps polled likely voters in nine target battleground states, and found that Trump was significantly weaker among white voters in the Rustbelt (Pennsylvania, Ohio, Wisconsin, Michigan, New Hampshire) than he was in more diverse states (Arizona, Florida, Nevada, North Carolina). He still carried them, but with much weaker margins: White voters make up 81% of the Rustbelt target state electorate, but only 67% of the diverse state electorate, so Trump gains most support among whites where their political power is growing weaker. In the long-term, this sets up the potential for the exact same dynamic which turned California solid blue following the Proposition 187 campaign in 1994.  Right now, however, Clinton's lead is eight points in both sets of states: 47-39 in the diverse states, 44-36 in the Rustbelt. Signs of a battleground shakeup are noticeably missing.

From a pure horse-race perspective, a single June poll doesn't mean very much. But the kind of polling Democracy Corps does is different, because of the kinds of relationships it reveals — and this is one of the most important ones. Either candidate's fortunes could rise or fall in the months ahead. But Trump-style “us versus them” ethnocentric politics has a long historical pattern of growing more intense when the dominant group's power is weaker, so this particular finding is both unsurprising in itself, and highly likely to endure through November.

One key reflection of ethnocentrism's power is that support for social programs declines as the population of "them" increases.  For example, the 2001 paper, "Why Doesn’t The US Have A European-Style Welfare State?" cited race as a key factor in its explanation, "Racial animosity in the US makes redistribution to the poor, who are disproportionately black, unappealing to many voters." It presented data showing the same pattern across nations internationally, and across states within the US: Internationally, the percent of GDP devoted to social spending declines among countries as racial homogeneity declines, and racial fractionalization increases. Within the US, the monthly maximum welfare payment declines among states as the percentage of blacks increases. The pervasiveness of this pattern is a strong indication that Trump's stronger support in more diverse states is not going to go away before election day. Nor is his relative weakness in Rustbelt states about to disappear, either. This finding by Democracy Corps should be seen as part of the underlying fundamentals of the race.  It severely dampens the possibility that Trump could dramatically restructure the electoral college map.

But this finding is supported in other ways as well. Back in early May, Sam Wang, proprietor of the Princeton Election Consortium, considered the possibility in a post titled, "Trump expands the battleground…to Utah and the Deep South." As usual, Wang considered several different ways of approaching the question, but all pointed generally in the same direction: what little evidence of a shifting battleground existed, it tended to disfavor Trump.  This was perhaps shown most clearly in  following chart plotting state polls at that time against the 2012 election results: Utah was the state Romney did best in — by far. But Clinton held a slight edge over Trump.  Aside from that, the state polls were remarkably similar to where the 2012 election results had been.  Trump did show a modest gain in New York, but it still looked on track to be Clinton's strongest state, of those that had been polled to date.  This is not to say that things can't change, of course. But outside of Utah running away from Trump, no such signs of change have yet appeared.

Wang's wide-angle approach is the perfect complement to Democracy Corps' findings. Both argue that Trump's supposed strength is illusory, while his weaknesses is real. But that's not to be complacent about the longer view, or the larger picture. The House remains severely gerrymandered, and another four years of stalemated government could make the 2020 election the one that really shakes things up.