Remigio Pereira not only altered the lyrics to "O Canada," he held up a sign declaring "All Lives Matter" 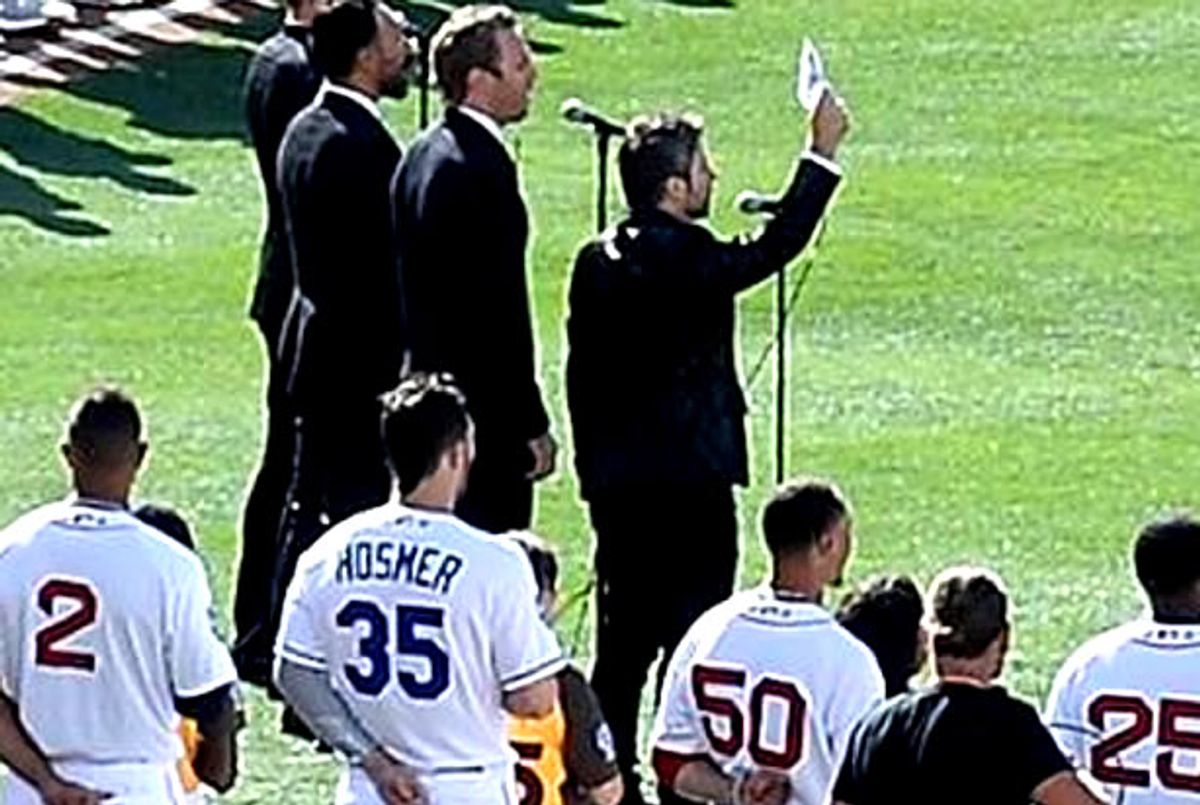 One of the members of the Canadian group The Tenors took it upon himself to change the lyrics of "O Canada," the Canadian national anthem, when they performed it before the Major League Baseball All-Star Game on Tuesday.

Instead of singing "with glowing hearts we see thee rise, the True North strong and free," Remigio Pereira raised a sign that read "All Lives Matter" and sang "we’re all brothers and sisters, all lives matter to the great."

In addition to angering his fellow Tenors and most Canadians -- the lyrics to whose national anthem Pereira unilaterally decided to alter -- he also angered many Americans watching the game, as "All Lives Matter" is typical of online rhetoric intended to diminish the importance of the Black Lives Matter movement.

The Tenors released a statement apologizing for Pereira's actions, in which they indicated that they had no foreknowledge of what the "lone wolf" intended to do, and informed the public that he has been suspended from performing with the group "until further notice."