Emmys shake up late-night: No nods for Trevor Noah's "Daily Show" or "The Late Show with Stephen Colbert"

Jerry Seinfeld's "Comedians in Cars Getting Coffee" moves to the big time; drama category not kind to "OITNB" 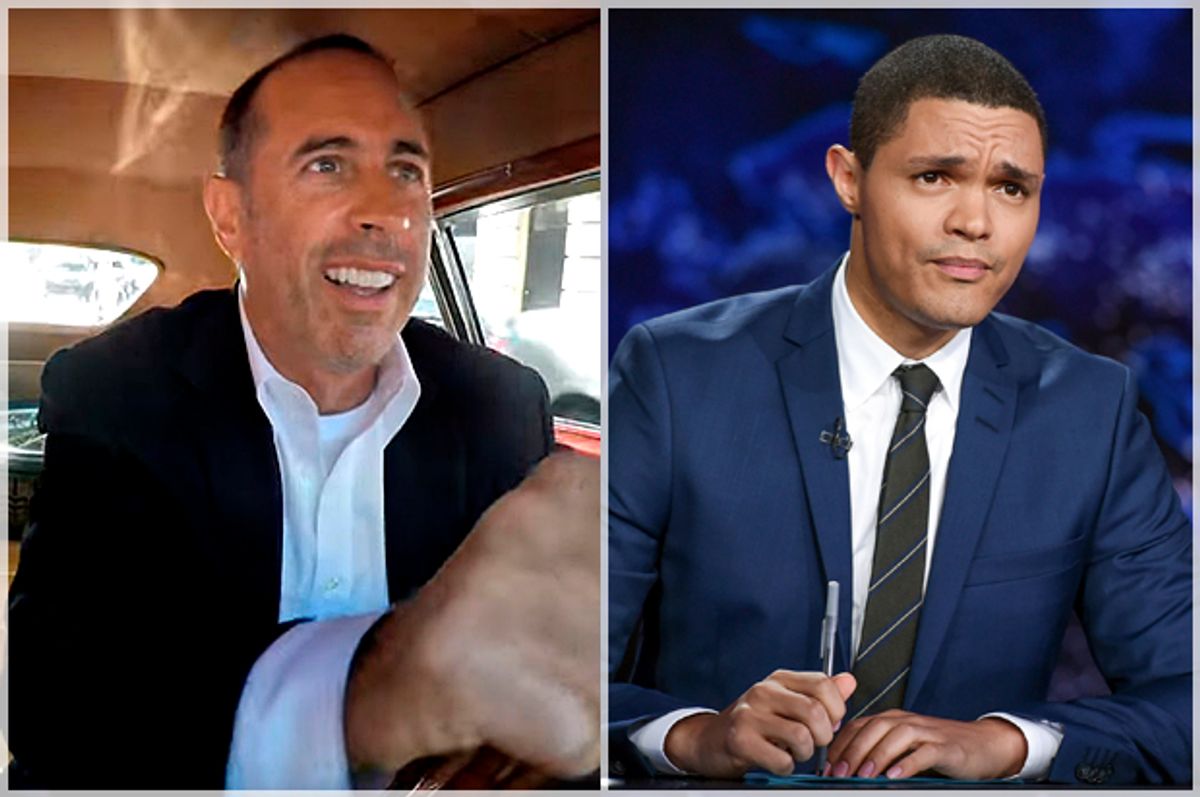 The Emmy nominations were announced this afternoon, and while there were some long overdue nominations for both Tatiana Maslany's masterful work on "Orphan Black" and for FX's critical darling "The Americans," there was surprisingly little in the way of drama when it came to who did and did not make the cut — although admittedly it was a little shocking that both "The Daily Show" and the works of some of its illustrious alums were shut out.

For the first time in more than five years, "The Daily Show" itself wasn't nominated — but neither was Stephen Colbert for his work replacing David Letterman on "The Late Show" or "The Nightly Show with Larry Wilmore," and even more surprisingly, "Full Frontal with Samantha Bee" failed to score a nomination. "Last Week Tonight with John Oliver" was, however, nominated for "Outstanding Variety Talk Series," as was Jerry Seinfeld's web series "Comedians in Cars Getting Coffee," which will compete against the full-length late-night shows after previously being honored in short-form categories.

HBO held onto its belt as the most nominated network, with its flagship series "Game of Thrones" repeating as the most nominated series. FX vaulted from fourth to second among networks, largely on the recognition of the sustained excellence of "The Americans," while Netflix received 54 nominations despite the poor showing from "Orange Is the New Black."

Below is a complete list of all the 2016 Emmy nominees:

Outstanding Lead Actor in a Limited Series or a Movie

Outstanding Lead Actress in a Limited Series or a Movie

Outstanding Supporting Actor in a Limited Series or a Movie

Outstanding Supporting Actress in a Limited Series or a Movie