ESPY Awards open with impassioned #BlackLivesMatter plea from NBA superstars: "We all have to do better" 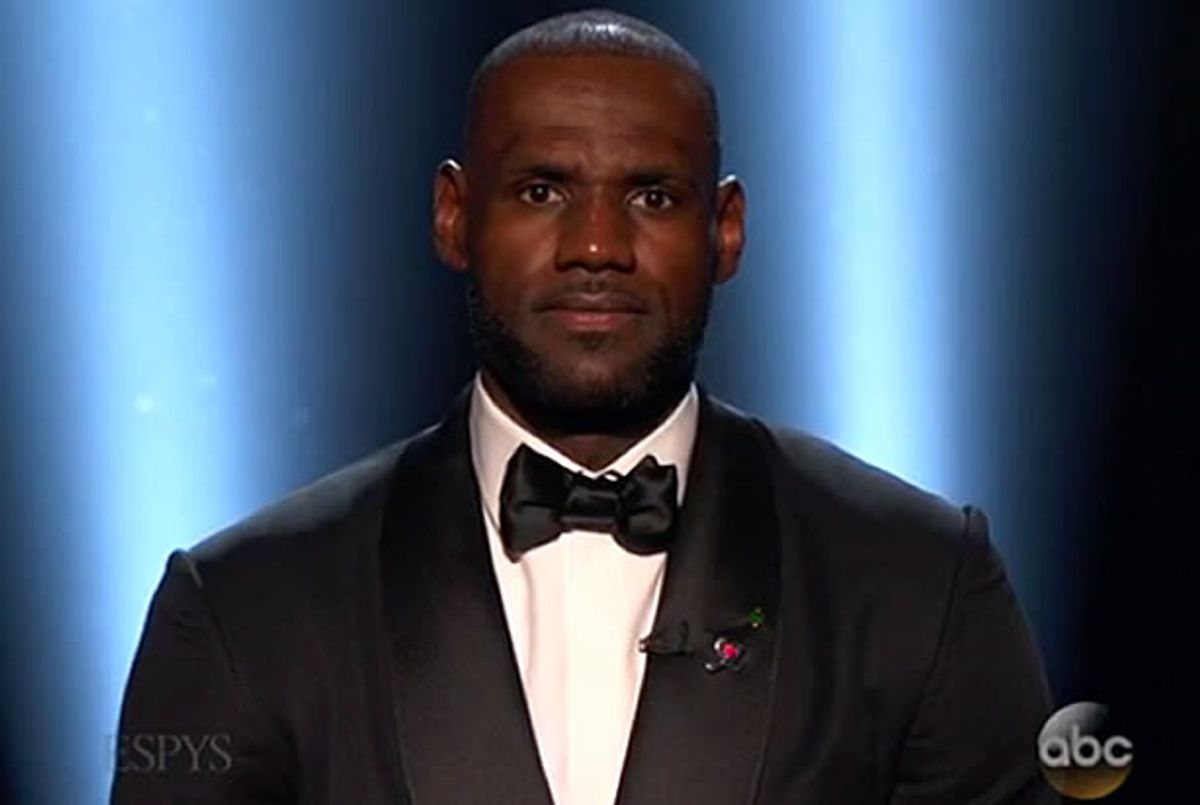 Wednesday night's ESPY Awards opened with a group of NBA superstars sending a message to all those watching that, in the words of LeBron James, "we all have to do better."

Chris Paul began by saying that "we stand here tonight accepting our role in uniting communities. We stand before you as fathers, sons, husbands, brothers, uncles, and in my case, as an African-American man and the nephew of a police officer, who is one of the hundreds of thousands of great officers serving this country."

Dwyane Wade followed, saying that "the racial profiling has got to stop -- the shoot-to-kill mentality has got to stop. Not seeing the value of black and brown bodies has to stop."

"But also," he added, "the retaliation has to stop. The endless gun violence in places like Chicago, Dallas, not to mention Orlando -- it has to stop. Enough -- enough is enough."

"We all feel frustrated and helpless by the violence," LeBron James said, but "let's use this moment as a call-to-action for all professional athletes to educate ourselves, explore these issues, speak up, use our influence and renounce all violence."

"Most importantly," he said, everyone needs to "go back to our communities and invest our time, our resources, help rebuild them, help strengthen them, help change them. We all have to do better."

Watch the speech below via ABC.