Divided we stand: The sad truth about America — we have always been split 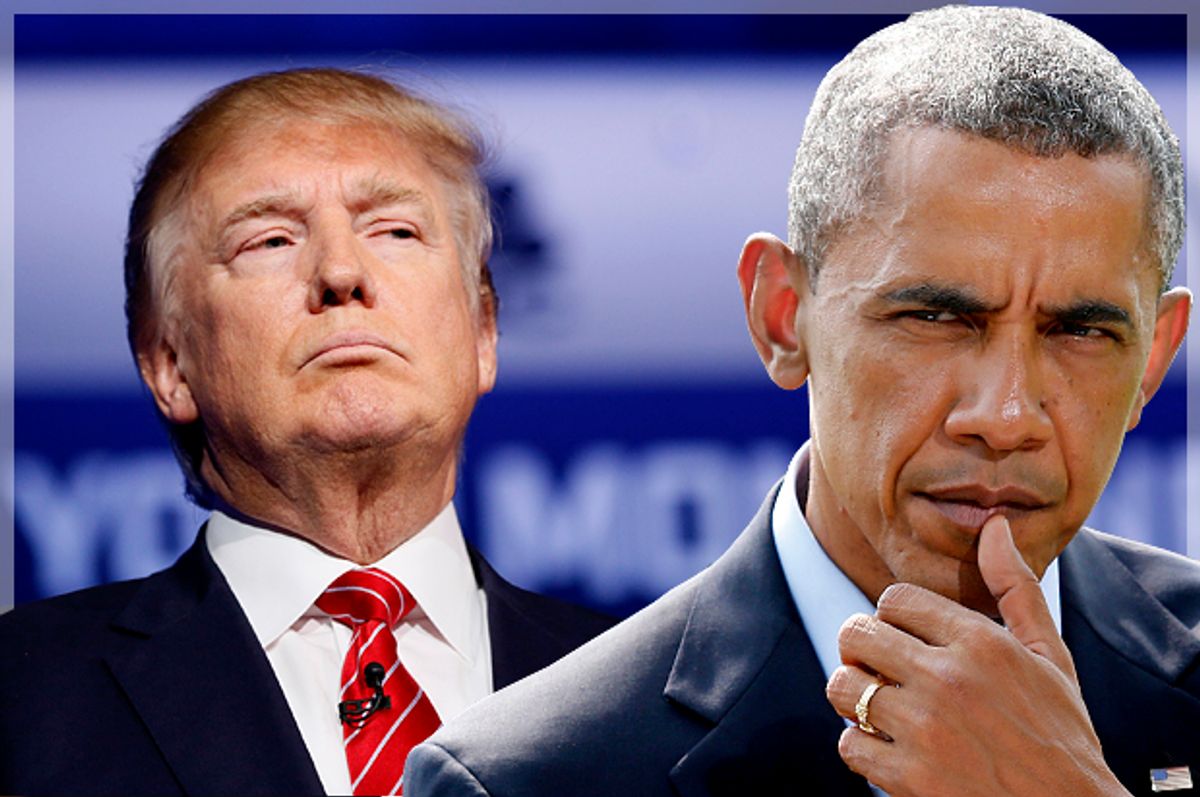 After a week of senseless violence in America, President Obama called for unity on Tuesday in Dallas, where five police officers were murdered five days earlier, while downplaying the divisions that have become increasingly apparent over the past year. Since the Dallas slaughter and the tragic police shootings of Alton Sterling and Philando Castile last week, Obama has repeatedly stressed that Americans are ultimately unified against violence.

“Americans of all races and all backgrounds are rightly outraged by the inexcusable attacks on police, whether it's in Dallas or anywhere else,” Obama said at a news conference in Poland over the weekend. "That includes protesters, that includes family members who have grave concerns about police misconduct, and they've said this is unacceptable. There's no division there … When we start suggesting that somehow there’s this enormous polarization, and we’re back to the situation in the ‘60s — that’s just not true.”

It is unfortunate that the president had to make the first point, but when prominent right-wingers like Rush Limbaugh are calling Black Lives Matter a “terrorist group,” it’s a point that has to be made. After the Dallas shooting, the overwhelming majority of BLM supporters reacted as one might expect: with sadness and outrage. And predictably, many on the right quickly tried to appoint Micah Xavier Johnson as the symbolic leader of BLM to undermine its important cause — an obvious falsehood that BLM activists must strongly reject.

Obama’s latter point on polarization is also quite true — especially if one is likening America in 2016 to a decade as chaotic and divided as the 1960s. At the same time, however, it’s hard not to feel like the country has become more divided in recent years. And a majority of Americans seem to agree on this: according to a 2013 survey from The Atlantic and Aspen Institute, six in ten Americans think the United States has become more divided in the past decade. The poll also found that Americans believe we are more divided today than at any other time since the Great Depression — with the notable exception of the Civil Rights era, i.e. the 1960s.

According to the same poll, blame for this polarization falls on the usual suspects: money in politics, congressional gridlock, wealth inequality, extremism and racial differences. And there can be no doubt that these factors — along with others — have exacerbated the divide in recent years. But let’s not lose sight of the fact that America has always been a remarkably divided place.

In his terrific new book, "American Character: A History of the Epic Struggle Between Individual Liberty and the Common Good," journalist Colin Woodard investigates the country’s political character, which has historically oscillated between advancing the common good and individuality.

“The American effort to achieve consensus on the appropriate balance between individual and collective freedom,” writes Woodard, “is hampered by the simple fact that America is not a unitary society with a single set of broadly accepted cultural norms, like Japan, Sweden, or Hungary. It’s a contentious federation comprising eleven competing regional cultures, most of them centuries old, each with a different take on the balance between individual liberty and the common good.”

The most important of these regional entities include: “Yankeedom” (New England, New York State), historical home to the Puritans, where the common good has always been valued over individuality; “New Netherlands” (New York City, western Long Island, northern New Jersey), historically diverse, tolerant, and materialistic; the former slave-states of the Deep South, where white supremacy and racial politics have long played a major role; “Greater Appalachia” (Appalachian region), historically libertarian and individualistic, where settlers were “suspicious of lowland aristocrats and Yankee social engineers alike”; the politically moderate Midlands, founded by the Quakers (southeastern Pennsylvania, southern New Jersey, northern Delaware and Maryland, central Ohio and Indiana); the Far West (Western United States) — where both rugged individualism and economic populism have thrived in the past in response to both private and public exploitation; and the Left Coast (coastal counties and cities within California, Washington state and Oregon), which Woodward describes as a “hybrid of Yankee idealism, faith in good government, and social reform and the Appalachian commitment to individual self-expression and exploration.”

These regions have vastly different histories and cultural backgrounds, and their diverging political outlooks have clashed constantly throughout the country’s existence. Today, America is pretty solidly divided along partisan lines. The Democrats control regions that historically leaned towards the common good, including Yankeedom, the Left Coast, New Netherlands, while the Republicans control regions that historically leaned towards individualism (an enormously unequal and racist individualism, mind you), including the Deep South, Greater Appalachia and the Far West.

America has leaned increasingly towards the latter since the 1980s (after the collectivist-leaning New Deal and post-War periods), which has created societal problems that have further divided the country (e.g. growing economic inequality, increasing corporate power, crumbling unions, a broken criminal justice system that is based largely on class, etc.)

Woodard concludes that the future supermajority must reject the “hierarchal libertarianism” of the Deep South region (a “region whose values any supermajority-seeking party should run against”) and reestablish the predominance of fairness and the common good in the 21st century.

“In the early twenty-first century, fairness must be reasserted as the central issue of our political discourse and made the central value of a new political coalition,” Woodard writes. “It would be the foundation for championing individual achievement and investments in our shared institutions and resources that foster more of it. It would be unapologetic in seeking to protect the competitiveness and security of the market and the health of consumers, workers, and the environment. And, yes, it would return the tax code to a level at which the rich and ultra-rich pay a larger share of the burden of maintaining a civilization that has served them so well.”

At a time when demagogues like Donald Trump are seeking to divide the populace with divisive politics of fear, a doctrine of fairness and equality is needed more than ever.