Sorry conservatives, new research from Harvard shows a profound amount of racism by police…not less of it 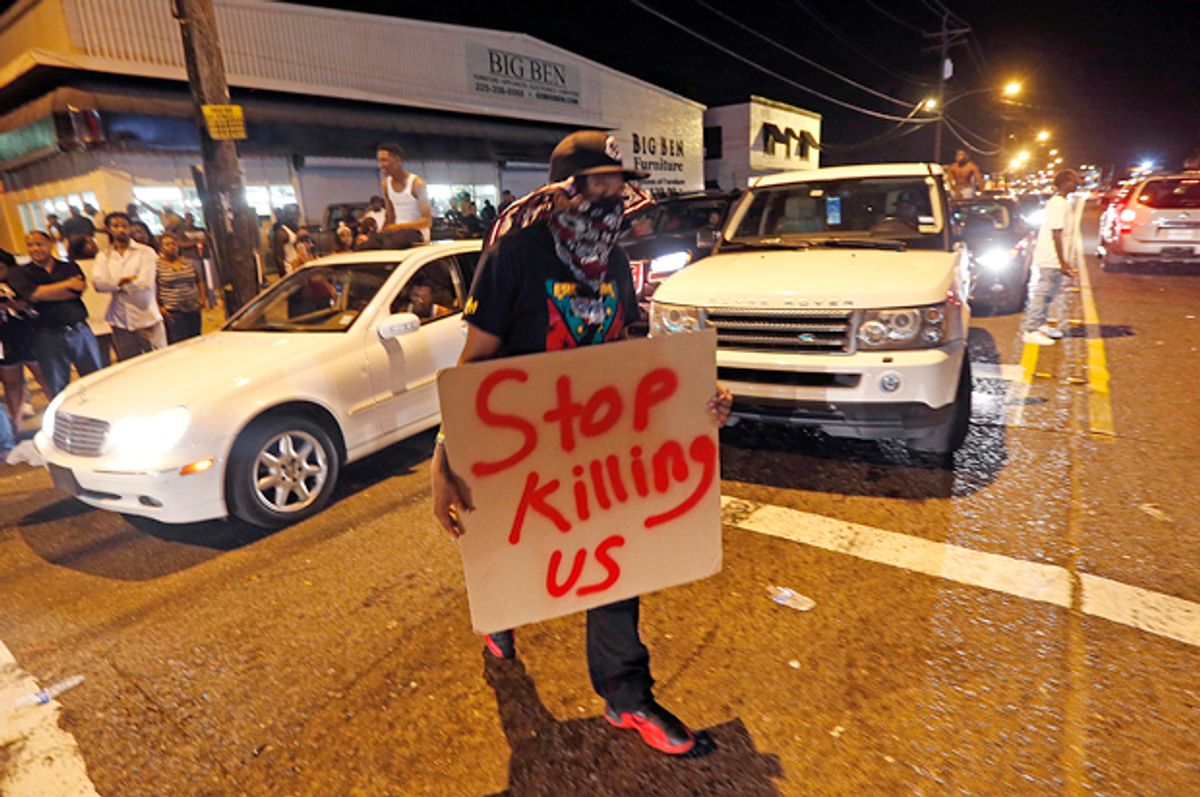 Stories and personal experiences of police thuggery and violence are so common in the black community that they constitute a type of collective memory and group trauma.

Thus, it is a type of common sense fact that America’s police are more likely to use lethal force against black people than they are whites. But what if this is not true?

The New York Times explains how:

In shootings in these 10 cities involving officers, officers were more likely to fire their weapons without having first been attacked when the suspects were white. Black and white civilians involved in police shootings were equally likely to have been carrying a weapon. Both results undercut the idea of racial bias in police use of lethal force.

But police shootings are only part of the picture. What about situations in which an officer might be expected to fire, but doesn’t?

To answer this, Mr. Fryer focused on one city, Houston. The Police Department there let the researchers look at reports not only for shootings but also for arrests when lethal force might have been justified. Mr. Fryer defined this group to include encounters with suspects the police subsequently charged with serious offenses like attempting to murder an officer, or evading or resisting arrest. He also considered suspects shocked with Tasers.

Mr. Fryer found that in such situations, officers in Houston were about 20 percent less likely to shoot if the suspects were black. This estimate was not precise, and firmer conclusions would require more data. But in various models controlling for different factors and using different definitions of tense situations, Mr. Fryer found that blacks were either less likely to be shot or there was no difference between blacks and whites.

In a celebratory response to Fryer’s new research, the right-wing news entertainment media is smearing the graves of black people who have been killed by America’s police while simultaneously mocking and deriding the Black Lives Matter movement and its struggle for human dignity. For conservatives, Fryer’s work is also a vindication of their fantastical and delusional belief that systematic and institutional racism against people of color in the United States is largely a myth.

Of course, matters are much more complicated.

Fryer’s research on police use of lethal force is not a definitive rebuttal or wholesale rejection of the racial disparities that exist in how America’s cops treat black people as compared to whites. For example, it does not disprove that the recent video recorded killings of Alton Sterling and Philando Castile were driven by anti-black racism. Fryer’s conclusions, like other research of this type, speak to macro-level societal phenomenon and not every individual case.

While many conservatives are crowing about Fryer’s finding that police may not, in fact, be more likely to use lethal force against black people, they are conveniently refusing to acknowledge how his work provides further evidence of anti-black bias (and casual, day-to-day brutality) by the country’s cops:

The New York Times continues with:

Moreover, the results do not mean that the general public’s perception of racism in policing is misguided. Lethal uses of force are exceedingly rare. There were 1.6 million arrests in Houston in the years Mr. Fryer studied. Officers fired their weapons 507 times. What is far more common are nonlethal uses of force.

And in these uses of force, Mr. Fryer found racial differences, which is in accord with public perception and other studies.

In New York City, blacks stopped by the police were about 17 percent more likely to experience use of force, according to stop-and-frisk records kept between 2003 and 2013. (In the later year, a judge ruled that the tactic as employed then was unconstitutional.)

Even when the police said that civilians were compliant, blacks experienced more force.

These are the types of daily and cumulative humiliations that logically lead many black Americans to distrust the police, view them as an occupying force that neither protects nor serves people of color, and at the extreme fuels the rage that led Micah Xavier Johnson to shoot 5 police in Dallas, Texas last week.

Social science is cumulative and iterative. For example, Fryer’s conclusions about police use of lethal force will have to be reconciled relative to work by Cody Ross which shows that America’s cops are at least 3 times more likely to shoot unarmed black people than they are unarmed whites. Likewise, social psychologists and others have demonstrated that subconscious racism-implicit bias influences police to shoot black people faster than whites.

If Fryer’s conclusions are correct, then while police may be less willing to use lethal force against a black person in a given encounter, there are so many encounters because of racial profiling or other causes that the country’s police are still killing black people at much higher rates than whites.

These disparities in use of force cannot be explained away by the argument that blacks disproportionately live in high crime areas or supposedly commit crimes at a higher rate than whites, thus the likelihood of negative police encounters are substantially increased.

There will be other interventions made as well. How representative of the United States as a whole was Fryer’s sample of cases? Was there a type of social desirability or selection bias at work, where those police departments whose officers are most likely to use lethal force against black people declined to share their data? These questions are not the fault of Professor Fryer, but rather a function of how America’s police departments are not required to accurately and consistently report the number of people they kill to the federal government and general public.

And ultimately, police thuggery and violence cannot be decoupled from the documented racism and discrimination of the broader criminal justice system, and how America’s police have historically been enforcers of white supremacy. This is the social and political context that any serious discussion of anti-black and anti-brown violence by police in the United States must grapple.

Denzel Washington, in his Oscar-winning performance as corrupt Los Angeles police officer Alonzo Harris in the movie "Training Day" tells Jake Hoyt that, “It's not what you know; it's what you can prove”. Professor Roland Fryer’s new work is so very important because America’s police departments cannot be properly reformed unless the facts are known—and yes, “common sense” assumptions about race, policing, and the law are challenged.

Once we understand the nature of the problem it can fixed. Anything less will bring sub-optimal results.