More than just a pretty picture: What this 3D image of 1.2 million galaxies tells us about the fate of the universe

Ever wondered what 4.8 quadrillion stars rushing away from each other looked like? 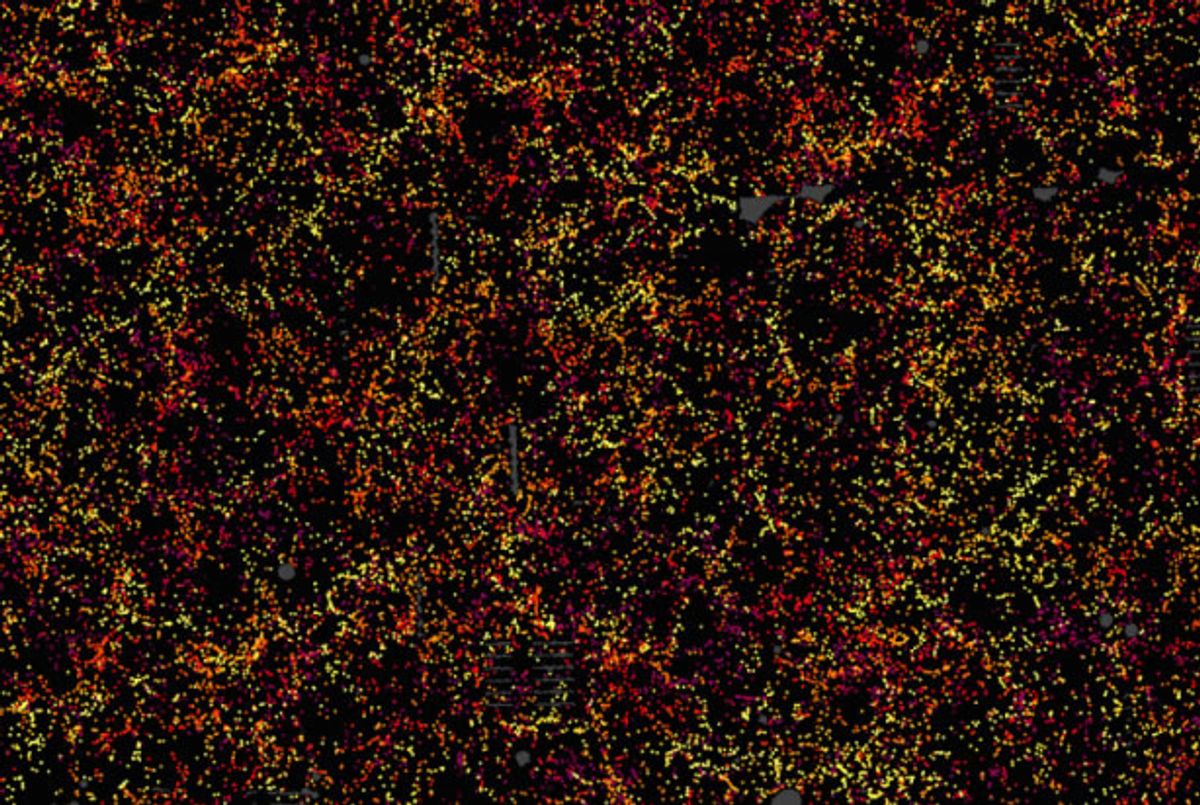 The image above -- produced by the Baryon Oscillation Spectroscopic Survey or BOSS survey -- is more than just another pretty picture from some far-flung region of space. It is, as Gizmodo's George Dvorsky wrote on Friday, "one of the most precise measurements of the expansion of the universe to date, and confirms a leading explanation for the dark energy physicists believe is driving that expansion."

While it may look like a canvas lifted from Jackson Pollack's loft -- or if you're more scientifically inclined, merely a collection of stars -- it is in fact a 3-dimensional rendering of the relative distance of galaxies from Earth, and only captures one-twentieth of the sky. The color of each dot represents that relative distance, with the yellow being the closest and the purple farthest away.

To provide the enormity of the data compiled in this single image some perspective, consider that each of those dots contains on average 100 billion stars. That means, according to Dvorsky's calculations, that that image captures 4,874,100,000,000,000 -- that would be 4.8 quadrillion -- stars, and that it only accounts for a twentieth of the entire sky.

The image is not merely design to confound the ability of the human brain to calculate, however -- it demonstrates "that not only are distant galaxies receding from us, they are doing so at a faster and faster rate," meaning that it's further proof that what physicists call "dark energy" is fighting against gravity and causing "the universe to exapnd at an ever-accelerating rate."