Stephen Colbert explains why it's difficult to mock Hillary Clinton: It's policy papers versus a "giant orange manatee" 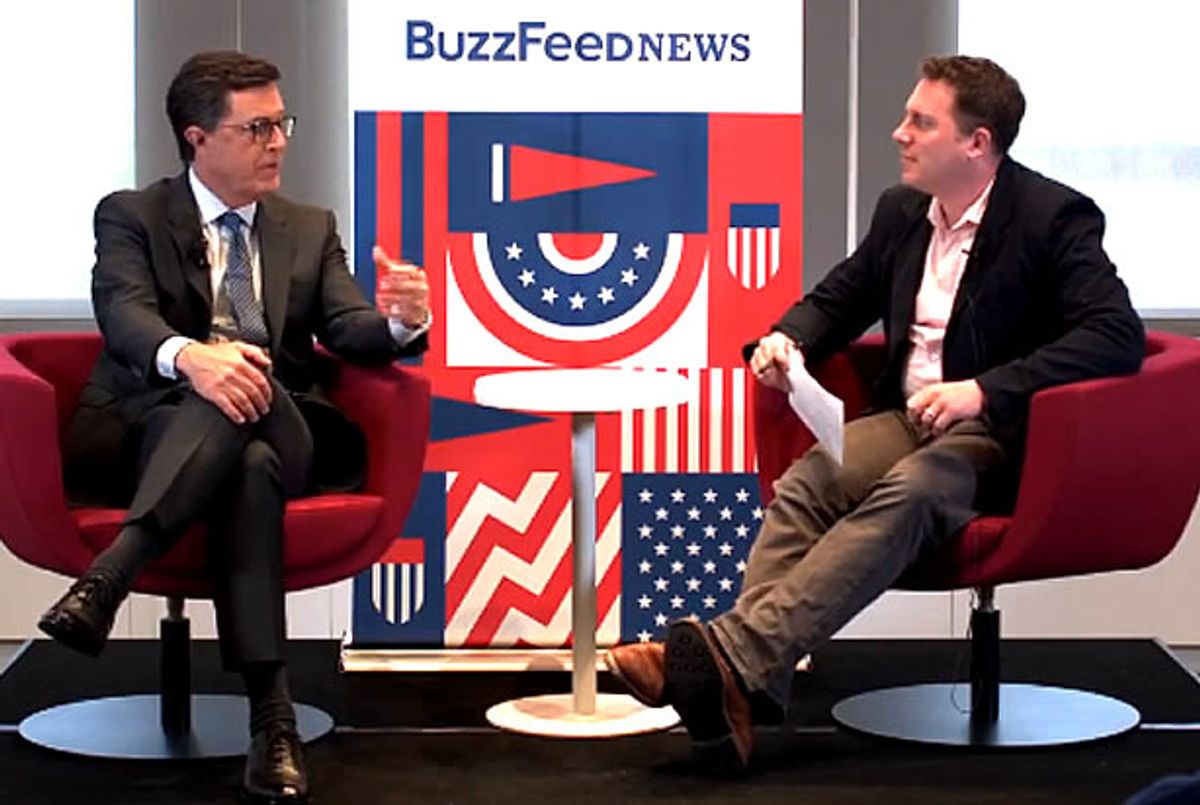 Stephen Colbert spoke to BuzzFeed's Ben Smith today about, among other things, why the mockery of presidential candidates in this year's election cycle has focused largely on the Republican nominee, Donald Trump.

After acknowledging that while Hillary Clinton "might make a very good president, she's not very good at running for president," he told Smith that he doesn't believe Clinton and Trump are "parallel figures" and that he "doesn't feel any compunction to be balanced."

"I want there to be something to say about everyone," Colbert said, "but really, I just want to be honest with the audience." He added that Clinton's cautiousness makes her a more difficult target, saying "that in the fall she was in a witness relocation program," whereas the Republicans were falling apart.

When Smith asked him if Clinton's "just a hard target for jokes," Colbert said that "she's very serious -- and when you've got a giant orange manatee to harpoon on the other side, you're like -- I don't know if anybody [here] fishes, but fish go where the water is good, where you don't have to work as hard."

"That's where you cast your lure," he continued, "into the eddy, and Trump's always in eddies of his own self-importance and changing ideas and craziness, so you just get sucked to me."

In contrast, with Clinton "you have to look for things to do, and when you find them, it's a policy paper -- you try making jokes about a fucking policy paper."

Watch the entire interview below via BuzzFeed on Facebook.