The best "worst president": What the right gets wrong about Barack Obama 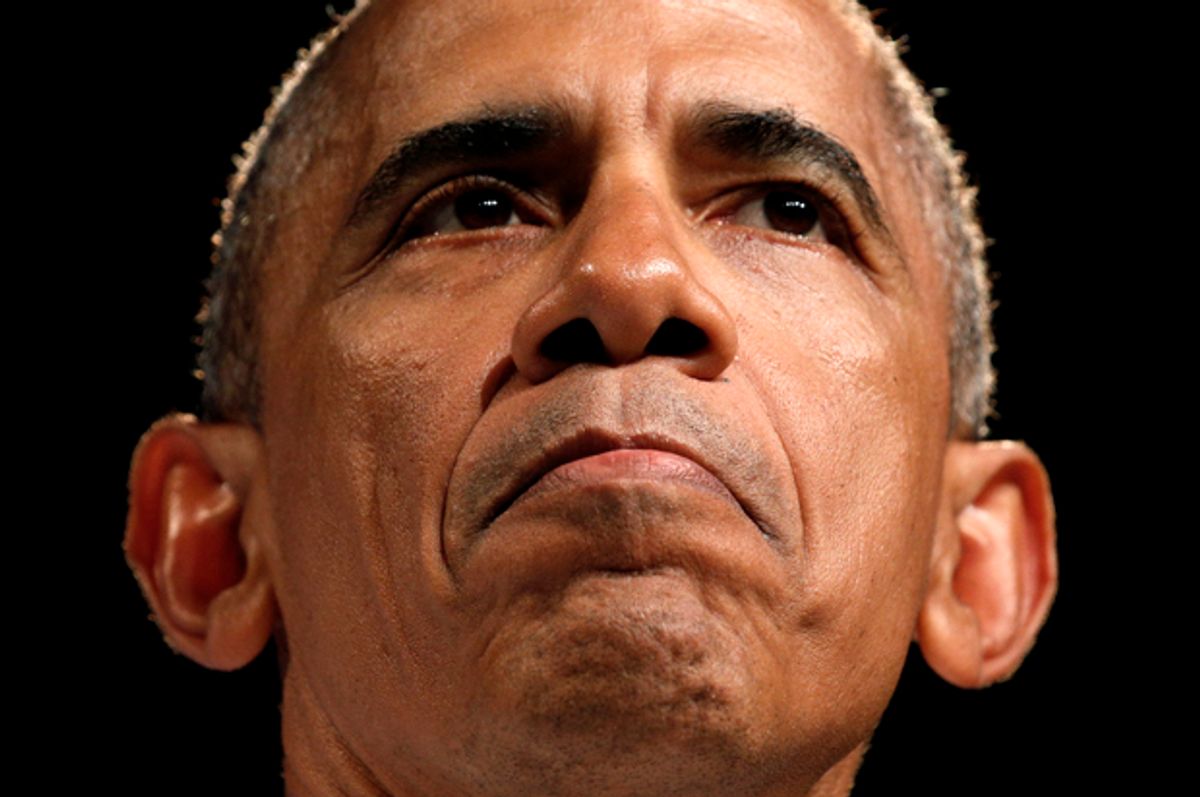 When I met Barack Obama in the spring of 2004, I didn’t see either the halo or the horns. But then again, I wasn’t looking for them. I wasn’t paying him much attention at all, for that matter. It was three months before a stirring speech at the Democratic National Convention would catapult him onto our country’s political radar, but at the time, hardly anyone had heard of him. For me, he was the least prominent and most accessible of a pack of politicians huddled backstage at a Chicago Hyatt: we both stood over six feet tall, but we were the two “little guys” standing with a few political giants. I was a low-level staffer on John Kerry’s presidential campaign, producing political events across the country. Obama was a lanky candidate for the junior Senate seat in Illinois who just a decade earlier had been a newly married law school lecturer with no elective experience and lots of student loan debt. And yet there we were, standing with Senator Kerry, Chicago’s dynastic mayor Richard Daley, and Illinois’s beloved senior senator Dick Durbin who, just a few years earlier, had been rumored to be on Al Gore’s vice presidential short list.

Or rather, Senator Durbin was supposed to be there.

Hundreds of well-heeled, well-dressed donors had finished their dinners and were waiting for the speaking program to begin, but Durbin’s people had called to say he was running late. Our campaign’s fund-raising staff kept glancing over at me impatiently: these donors weren’t used to delays. After a few more agonizing minutes, Durbin finally entered the backstage area and I began to rattle off my briefing. “Welcome, Senator Durbin. Now, Mr. Obama, you’ll be introduced onto the stage first and after your remarks you’ll introduce Mayor Daley—” But my spiel was promptly drowned out. Kerry, Durbin, and Daley hadn’t seen each other in some time and were garrulously catching up. After a few other feeble attempts to get their attention— “Gentlemen, please, the donors have finished their dinners. We’re running behind”—Obama shot me a sympathetic grin and then interrupted his colleagues. With one self-assured hand on the shoulder of the mayor on whose turf we stood and another on the shoulder of his party’s presumptive nominee for president, the little-known senatorial candidate exclaimed in a booming baritone, “Guys, guys! Let the young man speak!”

Stunned, Kerry, Durbin, and Daley whipped their heads around to examine the interrupter. “Who the hell is this guy?” was written all over their faces. But those expressions quickly turned to “Well, I guess we should get this show on the road.” The four of them turned to me. In the spirit of the awkward moment, I stammered through my briefing and (finally!) cued the offstage introduction.

I learned later it was at this Chicago fund-raiser that Kerry decided to invite Obama to give the keynote speech at the Democratic National Convention.1 That decision was reportedly based on Kerry’s respect for Obama’s eloquence as a public speaker; it might have also had something to do with the electoral importance of Illinois or of showcasing a rising African American star within the party. In "The Audacity of Hope," Obama writes “the process by which I was selected . . . remains something of a mystery.” But regardless of how it came to be, the speech channeled Americans’ frustration with our increasingly partisan political culture. “There’s not a liberal America and a conservative America,” Obama insisted. “There’s a United States of America.” With this speech he became a star within the Democratic Party, and a likely contender for the party’s future presidential nomination.

It’s worth repeating that no one quite knows how history works, and I may certainly be deluded in thinking I had any part in it. But I can’t help wondering if John Kerry’s selection of Barack Obama as the keynote speaker was maybe influenced in some tiny, tiny way by the impression Obama made when he spoke up for Kerry’s bumbling junior staffer. In any case, I’m sure the reaction I saw on John Kerry’s face in that moment wasn’t affront: it was a mixture of admiration and apprehension. And it was precisely this mixed reaction that Barack Obama would soon elicit from the country as a whole.

I found Obama’s little intercession on my behalf was one of the kinder things anyone had done for me—frankly, he struck me as a nice and genuine guy. But because it seemed like he came out of nowhere, voters and pundits didn’t know what to make of him. (And kindness isn’t the only thing you want out of a president, after all.) As time passed, Obama became a sort of Rorschach test upon which the American people projected their own hopes and fears. Ultimately, dueling narratives about him emerged, which persisted throughout his presidency. Four years after he self-assuredly inserted himself into the conversation at the Chicago fund-raiser he inserted himself into the presidential race with the same distinguished confidence. This self-assurance is now interpreted by supporters as decisiveness and by critics as arrogance or vanity. As a senatorial candidate, he was quick to dispense with small talk backstage at that Chicago Hyatt—just as he dispensed with schmooze sessions on Capitol Hill after taking presidential office. This has led supporters to label him as independent but has led critics to label him as aloof and disengaged. There might not, in fact, be a liberal America and a conservative America. But there is a liberal idea of Barack Obama and a conservative idea of him.

The conservative idea found one of its many mouthpieces in former vice president Dick Cheney, who, in an interview with CNN’s Jake Tapper in the summer of 2014, called President Obama “the worst president in [his] lifetime.” A year later, as if trying to outdo himself, Cheney went on to insinuate the president might actually be conspiring to undermine the country he leads. When asked by conservative radio host Hugh Hewitt whether he thought the president was naive, Cheney suggested that “if you had somebody as president who wanted to take America down, who wanted to fundamentally weaken our position in the world and reduce our capacity to influence events, turn our back on our allies and encourage our adversaries, it [sic] would look exactly like what Barack Obama’s doing.”

Interesting stuff, and not just because it’s terrifically hard to imagine why a president would want to sink his or her own ship. Even if they muddle his historical legacy, these competing ideas about President Obama can be productive in helping us understand the different values that underpin this era in our political life. After all, our democracy was founded on an unbridled competition of ideas—and some of the ideas that swirled around more than two hundred years ago when the Constitution was framed were as ludicrous as the idea that our own president wasn’t actually born in the United States or that he is trying to “take America down.” From the book The Best “Worst President” by Mark Hannah. Copyright © 2016 by Mark Hannah. Reprinted by permission of Dey Street Books, an imprint of HarperCollins Publishers.