Trump claims he wrote the bestseller, but the real author is Tony Schwartz, who harbors "a deep sense of remorse" 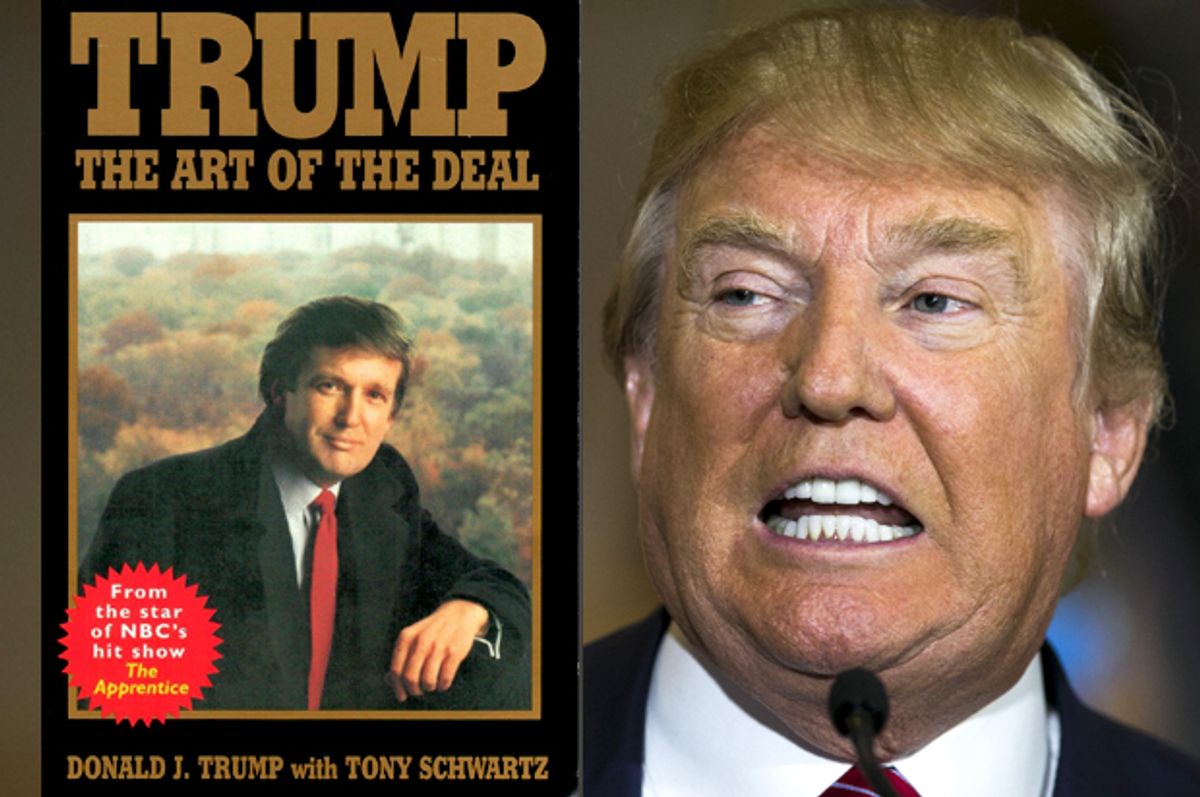 In a new New Yorker profile by Jane Mayer, writer Tony Schwartz calls his decision to ghostwrite GOP nominee Donald Trump's "The Art of the Deal," a "Faustian bargain."

"I feel a deep sense of remorse that I contributed to presenting Trump in a way that brought him wider attention and made him more appealing than he is," Schwartz admitted.

In a retributive effort, Schwartz revealed to Mayer the "sociopath" behind "The Art of the Deal." Here's what we learned:

"I seriously doubt that Trump has ever read a book straight through in his adult life,” said Schwartz, citing Trump's short attention span. Schwartz said that in his 18-month observation of Trump, "he never saw a book on Trump’s desk, or elsewhere in his office, or in his apartment."

2. Schwartz had to coin the term "truthful hyperbole" in order "to put an acceptable face" on Trump's compulsive lying

"He lied strategically," Schwartz said. "He had a complete lack of conscience about it." And when confronted, "Trump would often double down, repeat himself, and grow belligerent."

As Schwartz defines it, "'Truthful hyperbole' is a contradiction in terms. It’s a way of saying, 'It’s a lie, but who cares?'"

Schwartz demanded half the $500,000 advance as well as half the royalties in order for him to accept the ghostwriter position.

"Such terms are unusually generous for a ghostwriter," Mayer writes. "Trump, despite having a reputation as a tough negotiator, agreed on the spot."

4. Trump had no hand in writing "The Art of the Deal," but argues the opposite

Howard Kaminsky, who headed Random House at the time of the book's publishing, said, "Trump didn’t write a postcard for us!"

5. Trump is not not a family man

Despite his portrayal as a family man in "The Art of the Deal," Schwartz revealed that, as far as he could tell, "Trump spent very little time with his family and had no close friends." And during his time shadowing Trump, the real estate mogul began an affair with Marla Maples, who would become his second wife.