Chris Christie's week from hell: Five of the governor's appointees have drawn the attention of federal prosecutors over corruption allegations 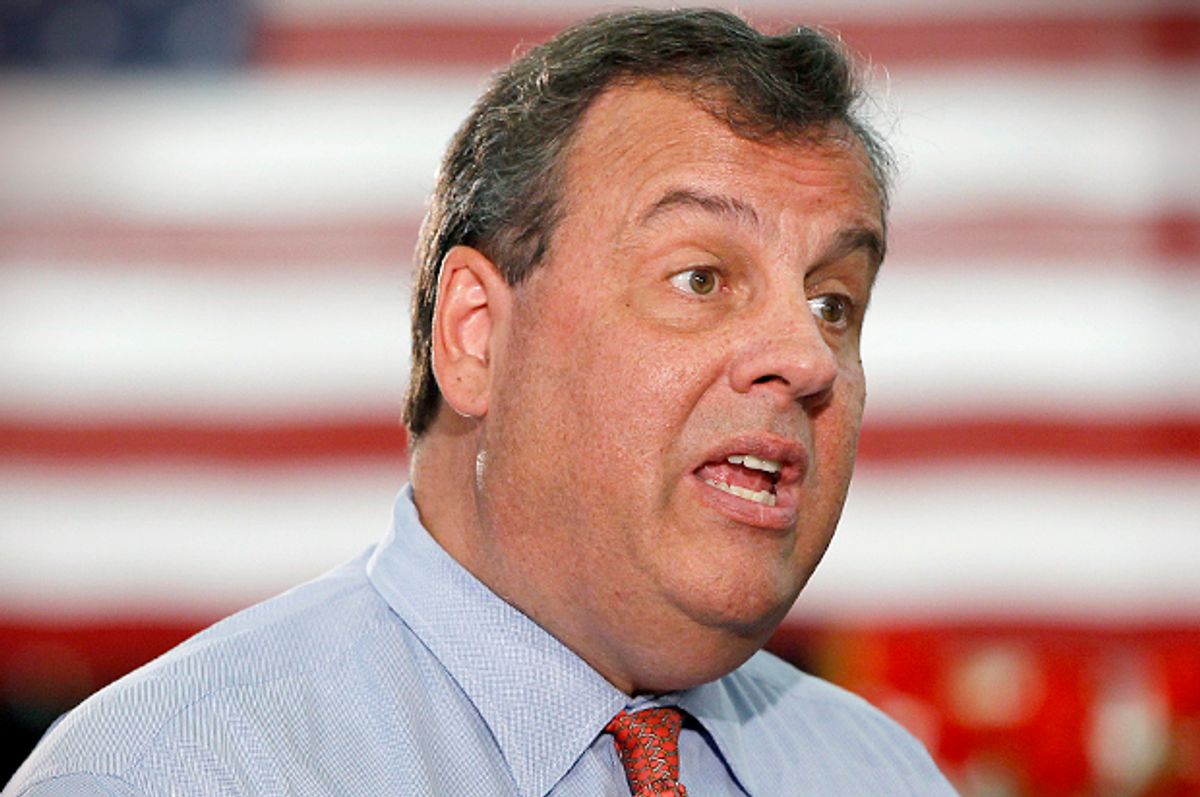 It was a really tough for New Jersey Gov. Chris Christie last week. Talk about a convergence where your past cast a shadow over your future.

On the same day that he was in the final throes of the Trump VP search, one of his closest political allies David Samson, was standing before a federal judge pleading guilty to one count of bribery for shaking down United Airlines in his role as chairman of the Port Authority of New York & New Jersey, a position to which Christie appointed him.

Samson admitted in open court that he convinced United Airlines to schedule a once a week flight from Newark to South Carolina, where Samson had a second home, in exchange for his insuring that the airline’s agenda items were considered by the Port Authority. Last September, Jeff Smisek, United’s CEO, and two of his top lieutenants, were fired by the airline for their alleged role in the bribery conspiracy.

Samson’s guilty plea, and the charging the same day of Jamie Fox, Christie’s former transportation commissioner, brings to five the number of people that  Christie picked for high-level positions became the focus of federal prosecutors over allegations of public corruption. According to court documents, Fox was acting as a lobbyist for United when he allegedly helped facilitate the deal.

"Public corruption is a different from other crimes in that it strikes at the heart of good government but also jeopardizes the security of of our nation," Timothy Gallagher, FBI Special Agent told reporters at the roll out of the Samson-Fox case last week. "Public corruption erodes public confidence in our democracy."

Last year David Wildstein, another Christie loyalist he appointed to the Port Authority, pled guilty for his role in the Bridgegate scandal, that goes back to the September 2013 lane closure caper at the George Washington Bridge allegedly executed to punish the Democratic mayor of Fort Lee for not endorsing Christie for re-election.

Also indicted, back in 2015 Christie’s former Chief of Staff Bridget Anne Kelly and Bill Baroni, another long-time Christie loyalist, who was the deputy executive director of the Port Authority.

With Trump’s selection of Indiana Gov. Michael Pence  as his No. 2, Christie’s consolation prize is serving as the point man for Trump’s transition team, responsible for scouting talent for Trump.  But considering Christie’s track record with screening talent, is this really the right guy Trump needs as a gatekeeper?

Three of Christie’s personnel picks that went really south were installed by Christie at the Port Authority of New York and New Jersey, a multi-billion dollar bi-state agency that’s modern history has been plagued by stratospheric cost overruns and serial public corruption scandals.

To motorists and truckers who pay $15 and $100 to cross the Port Authority’s George Washington Bridge, the agency is considered an on going predatory criminal conspiracy that robs them everyday via E-ZPass. Because of its unique bi-state circumstance, the agency has sovereign immunity and an independent standing making it a kind of duchy like the Vatican, a law unto itself, with its own very highly paid police force.

Historically, the governors of both New York and New Jersey, from both political parties, have used the appointment to the Port Authority’s Board of Commissioners to reward their biggest campaign donors who are often real estate moguls. In their “volunteer” capacity they make the decisions on what  new capital projects  the bi-state agency takes on and what existing facilities get a facelift.  If you want to know where to invest in real estate that kind of info is critical.

Back in 2004 the Port Authority found itself at the very nexus of the highest level of campaign finance and political corruption when Charles Kushner,  also a Port Authority Commissioner,  pled guilty to federal corruption and campaign finance violations that were brought by then U.S. Attorney Chris Christie. Kushner had been one of the biggest donors to the Democratic Party nationally. The real estate mogul was also the leading  patron of former Governor Jim McGreevey, who had nominated Kushner to chair the bi-state agency when the scandal broke.

In addition to bankrolling McGreevey, who resigned office under a  cloud in 2004, Kushner was a major donor to former Senator Bob Torricelli, who had to quit his 2002 reelection bid after the Senate Ethics Committee “severely admonished” him for taking luxury gifts from a campaign donor and failing to disclose them.

Back on the eve of Charles Kushner’s guilty plea in 2004, Christie’s office leaked to reporters that the next day Kushner would be pleading guilty. But the next day, even as news outlets reported the expected plea deal, behind the scenes the deal was unraveling, with Kushner balking on the details of what he would have to attest to in open court.

Reporters were assembled at the courthouse anxiously awaiting to report on Christie’s big get. Hours passed, as rumors spread that Christie’s trophy deal, that had been leaked the day before by Christie, had collapsed.

Kushner and his lawyers had out maneuvered Christie, even as he was preparing for his close-up for the cameras, posing as a hard charging anti-public corruption prosecutor.

Ultimately, Kushner was sentenced to just two years for 18 counts of tax evasion, witness tampering and making illegal campaign donations and he would not have to give anybody else up by cooperating with federal prosecutors.

In the months that followed, Christie’s office tried to make up the embarrassing lost yardage by complaining to the sentencing judge that Kushner had not accepted responsibility for his actions and had failed to comply with subpoenas for documents as required by the deal. Rather than fault Kushner, the judge took Christie office to task for being sloppy when it came to how they drafted the language of the deal to assure Kushner’s compliance.

(In an ironic twist Jared Kushner, son of Charles, is the publisher of the the New York Observer and married to Donald Trump’s eldest daughter Ivanka. Jared now serves as one of his father in law’s top advisors. Evidently, even the Trump anti-elite upper crust has baggage.)

Deja vu or is it really happening again?

In the Samson case, history may be repeating itself when it comes to a Port Authority Commissioner who pleads guilty to federal corruption charges, only to be spared the indignity of having to cooperate with prosecutors and betray their crony class.

The New York Times reported that US Attorney Paul Fishman “declined to say” if Samson would cooperate. But a prescient report in the New York Observer that predicted the Samson DOJ deal several days before it went down also said that Samson would “not have to testify against others.”

Of course, thanks to the 'let's make a deal' Obama DOJ, neither United, nor any of its employees, will be prosecuted for their role in providing Samson the 27 money-losing flights. Under the terms of the United and DOJ deal the airline has to pay  just $2.25 million in penalties and commit to improving their ethics and compliance program.

Historically, the law bends over backwards  when one of their own slips over to the dark side. It is cast as a ‘personal tragedy.’  How many African-American drug offenders get a plea deal that includes a waiver from cooperation  with prosecutors?

Will the public ever get to the bottom of the endemic corruption that has hatched into the highest echelons of the the Port Authority?

Perhaps, a paraphrase of that  nihilistic last line from the 1974 Roman Polanski classic "Chinatown" is in order.

‘Forget it, Jake. It's the Port Authority.’