We knew there would be fireworks at the convention, but we thought they'd happen after it officially opened 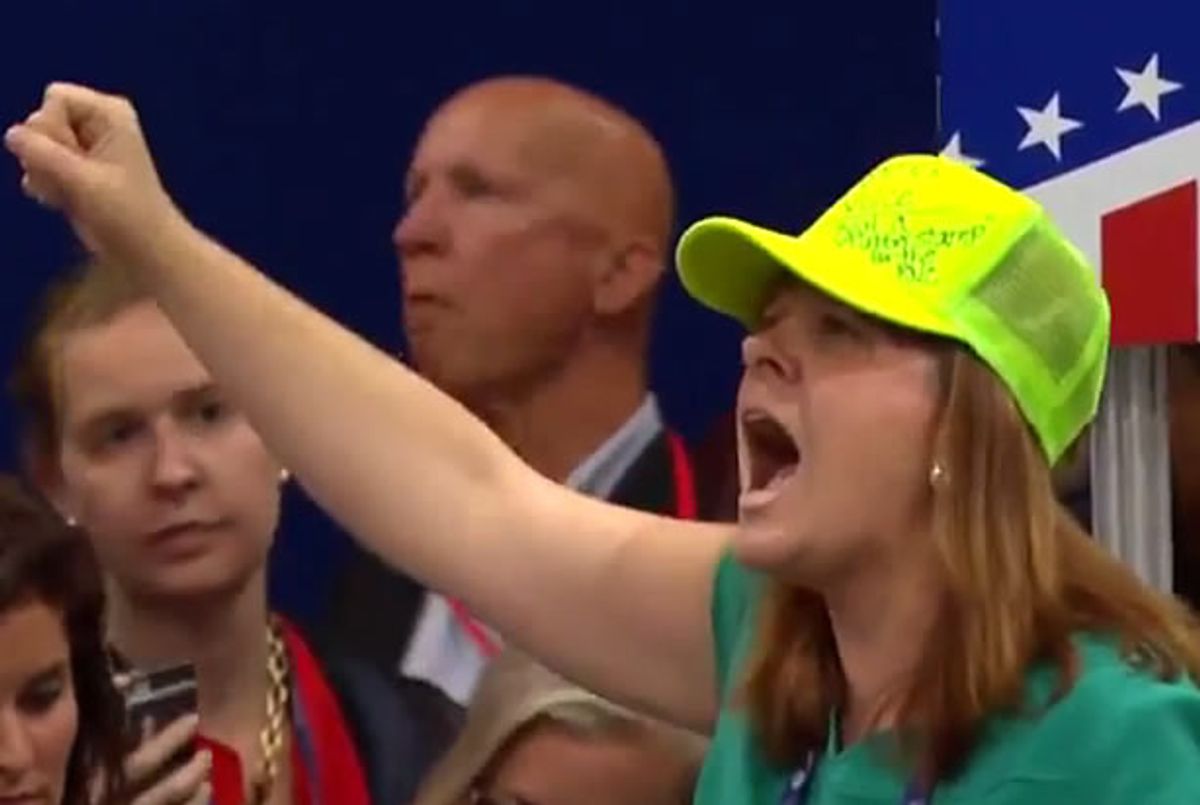 They failed, according to the presiding official, Representative Steve Womack, who asked those in attendance to voice an "aye" or a "nay" and declared that the "ayes" won and that the rules would not changed -- meaning that there would be no roll-call, despite 9 states having challenged the rules.

Womack returned to the stage minutes later, amid shouts of "U-S-A" and "SOUR GRAPES" by Trump supporters, and said that it was possible he misheard the results -- but announced after the second voice vote that the "ayes" had won again.

He also informed the assembled masses that three of the states that had challenged the rules had withdrawn their appeals. According to unconfirmed reports from Fox News, they did so after being personally lobbied by Paul Ryan or members his staff.

Utah Senator Mike Lee told CNN that "I have never in all my life, certainly in six years in the United States Senate, prior to that as a lifelong Republican, never seen anything like this -- there is no precedent for this in parliamentary procedure. There is no precedent for this in the rules of the Republican National Convention. We are now in uncharted territory. Somebody owes us an explanation. I have never seen the chair abandoned like that. They vacated the stage entirely."

"It is," he added, "coercion masking as unity."

Watch the vote below via CNN.