John Kasich laughed when asked if he'd speak for Trump at RNC: Only if he "changed everything he says"

The Ohio governor claimed to have "no personal animus" about the GOP candidate, however 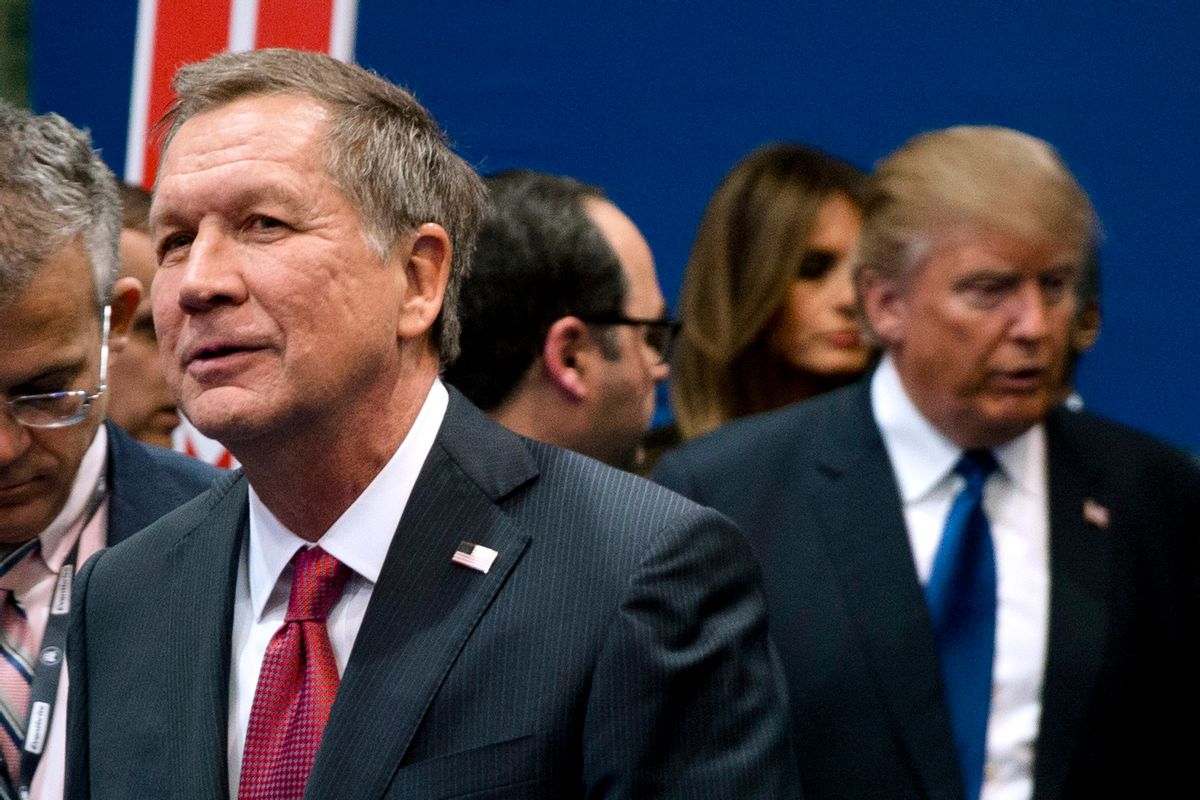 NBC's Lester Holt interviewed Ohio Governor John Kasich Monday and asked him why he wouldn't be speaking at his party's convention, given that it's being held in his home state.

Kasich said it's simply a matter of principles, and that those held by the presumptive Republican nominee simply don't square with his own. "He'd have to change everything that he says," the governor said. "We can't be attacking Muslims and Hispanics, and trying to shut down trade, and not caring about the debt."

"Those are all problems for me. And so it's not -- I don't hold any personal animus towards Donald Trump. We just are two companies that have different values, different directions, and different philosophies."

When Holt asked what he thought about Trump's campaign manager claiming that he was "embarrassing [his] state" by not participating in the convention, Kasich claimed he just laughed.

"Ohio's doing great and you know, people in the state, at least today still like me, and that's just politics," he said, adding that if Trump wants to win Ohio, he would need to find "a unifying message," because "if you go too hard one way or the other, it's very difficult to win."