Salon video: Andre, clearly in character, tells Jones: “I want you to have sex with my wife.” 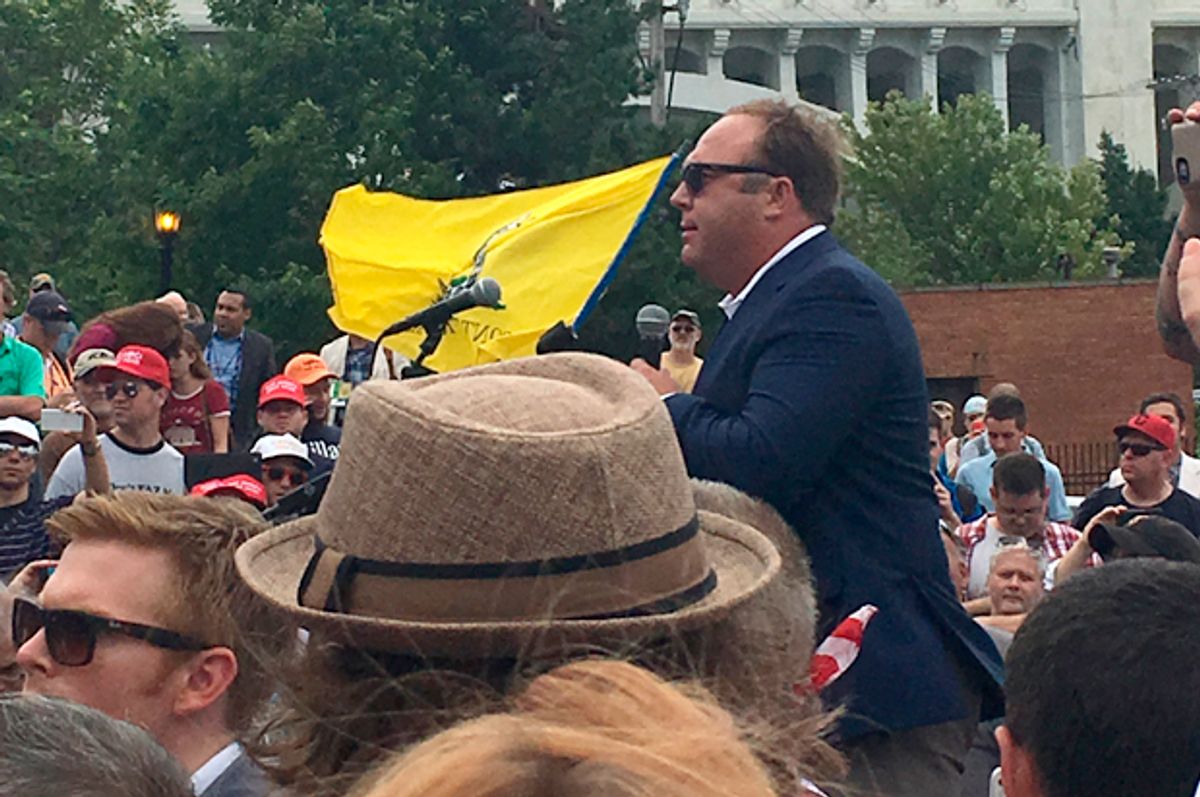 On Monday afternoon, a few blocks from the arena where the Republican convention is being staged, a rally called “America First” was held. Organized by the infamous political operative Roger Stone and headlined by the radio firebrand Alex Jones, the event consisted mostly of banal speeches by B-list politicians and activists. But there was one moment that stood out.

A few minutes into his speech, Alex Jones was interrupted by comedian Eric Andre, the host and creator of "The Eric Andre Show" on Adult Swim. Trailed by a camera crew, Andre approached the platform and, eventually, got the attention of Jones, who interrupted his speech to call Andre to the stage. What followed was a bizarre – and hilarious – bit of trolling. Andre, clearly in character, tells Jones: “I want you to have sex with my wife.” He then riffs about “Tower 7,” mocking the Infowars conspiracy theorists in the crowd.